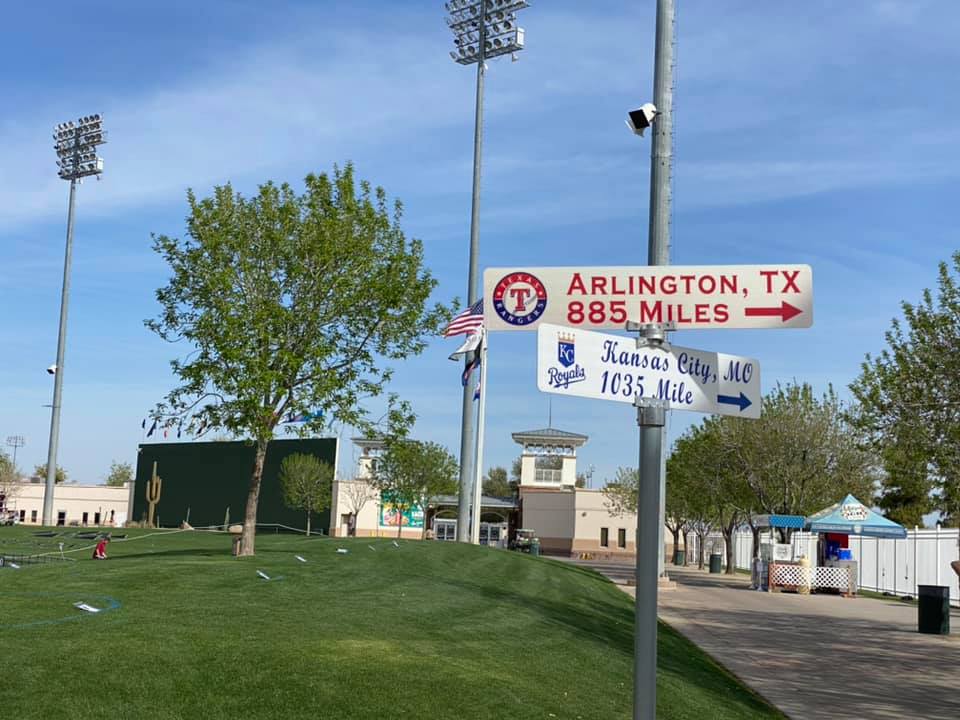 Four questions for the Rangers heading into Spring Training

Four questions for the Rangers heading into Spring Training

The Rangers begin their Spring Training schedule against the Kansas City Royals on Friday. While you can write up spots in ink pen, the roster configuration remains a question. Texas added a few players on minor league deals in the past few days, plus former Seattle Mariner Brad Miller on a major league deal. Yes, there are many more questions, but here are the four most prominent questions as we reach the three weeks mark until the 2022 season.

Who’s the main guy at third base?

After the Isiah Kiner-Falefa trade, Andy Ibáñez’s name rose to the top of the list for Rangers’ top third baseman. However, third base will be the most competitive position heading into Spring Training. The Rangers could go Nick Solak, Yonny Hernandez, or even an old friend Charlie Culberson, who signed a minor-league deal on Wednesday. Unless Culberson blows it out of the water, I don’t see Charlie getting the starting job at third base, but it wouldn’t shock me if Culberson sneaks on the opening day roster. As for who is the starter, Ibáñez’s last two months of 2021 give him the leverage. Right now, it’s Andy’s spot to lose unless Yonny or Nick takes off.

Who’s the number two catcher on the depth chart?

The Mitch Garver trade shocked a lot of folks on the outside. The Rangers’ catching depth stacks up, and the one tiny knock on Jose Trevino and Jonah Heim is consistent on the offensive side. Both defensive abilities are fantastic that I would even take the risk, but Texas went with the veteran powerhouse behind the plate. Now, the question becomes who will backup Garver? Offensively, the OPS difference between the two was .09 (Trevino – .607, Heim – .598). Jose played in seven more games, but Heim showcased more power than Trevino. Jonah Heim is also a switch hitter who hits better vs. lefties, while Trevino is a righty that hit better against righties (the stats are opposite). Trevino has taken on a leadership role while Heim is three years younger.

Two factors come into this decision. First, if the Rangers intend to trade one, which one would create more suitors and a more significant return? Second, which catcher compliments Mitch Garver the best? Garver is a right-hander, but his splits career-wise are nearly even. It’s going to come down to Spring Training camp. Keep your eyes peeled.

If the Rangers don’t add any more starters, which two make the rotation?

Taylor Hearn, Dane Dunning, and Jon Gray make the rotation unless something kooky happens. Starting pitching is dwindling off the board and on the trade market. Obviously, Spring Training will dictate the results, but which two on the roster look likely to make the roster? It’ll depend on how the team wants to utilize someone like John King. The goal in 2021 was to convert King to a starter and ease him into the role. Unfortunately, the Rangers started to stretch him out before he got hurt, so is that the same plan for 2022? If that’s the case, we may have a tandem role to start the year, but if not, I look at Glenn Otto and AJ Alexy as my two guys.

In the first week of camp, Eli White is making an impression on spectators. If White keeps the trend going, I see Eli starting things in center field. Add Adolis García in right field, and now you have left field to decide. Right now, I would say Kole Calhoun, Willie Calhoun, Brad Miller, and Nick Solak are your primary candidates (assuming no new free-agent signees). If I had to choose two days before Spring Training, Adolis, Eli, and Kole are your starting outfielders, with Willie the designated hitter.

Upper decker from Eli White getting the Rangers closer to tying it up
pic.twitter.com/Q797Z5WQPm