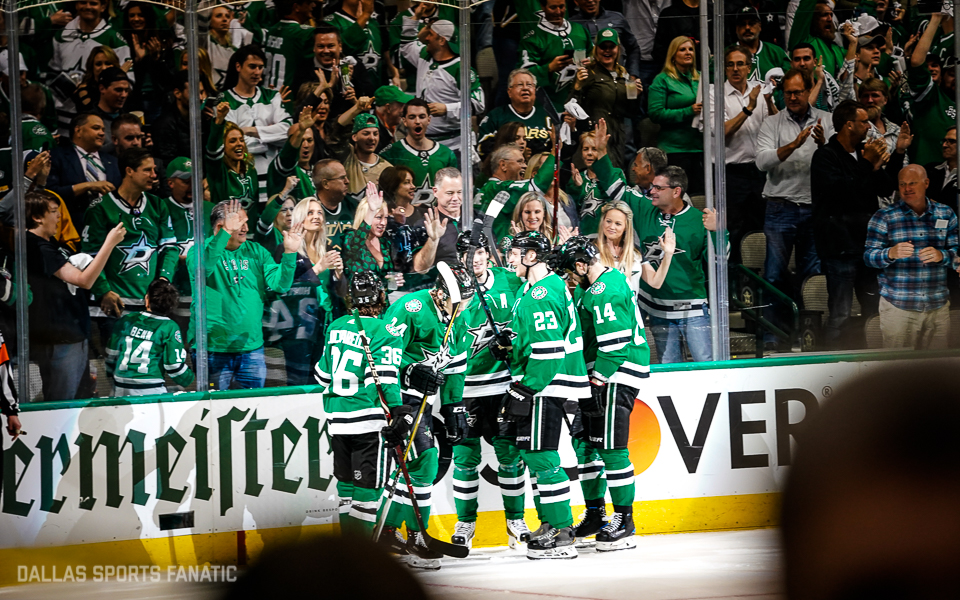 Four reasons why the Stars are a Stanley Cup contender

Four reasons why the Stars are a Stanley Cup contender

The Stars come into the new season with high expectations and plenty to prove.  After a heartbreaking loss in the second round of the playoffs to the Stanley Cup Champion Blues in double overtime of Game Seven, the team is hungry to show the league last year was not a fluke.

Dallas may have lost Mats Zuccarello, but they picked up a couple of highly sought after forwards (Corey Perry and Joe Pavelski) from California teams, as well as Andrej Sekera from Edmonton.

The main thing that needed to be addressed was secondary scoring and it was.  Joe Pavelski scored 38 goals last season and is showing no signs of slowing down.  Corey Perry is coming off the worst season of his career, however, he was riddled with injuries and on one of the worst teams in the league.

Goaltending was absolutely the driving force for the Dallas Stars last year.  Ben Bishop led the league in save percentage by goalies who appeared in 30 games or more with a .934 and was a Vezina Trophy Finalist.

When Bishop went down, Anton Khudobin regularly answered the bell and also had an incredible year, finishing with a .923 save percentage in half of the Stars games last year.

Many would argue that the Stars have the best netminding duo in the league, and as we saw in the playoffs last year, a hot goalie can carry you all the way to the Stanley Cup.

Following the 2018/’19 season, there was one glaring issue that needed to be resolved and that was secondary scoring.  Outside of the big three, the closest point getting forward was Radek Faksa, with 15 goals and 15 assists.  That just flat out will not cut it.

Jim Nill made his usual off season splash, managing to pick up a few highly sought after players in Corey Perry and Joe Pavelski.

Many believed Pavelski would be able to re sign in San Jose, but that did not happen.  The 35 year old “Captain America” as he is known by his teammates, netted 38 goals last year and should really help solidify the Stars’ second center slot, after losing Jason Spezza to free agency in the off season.

Corey Perry is coming off of the worst year in his career, in which he scored six goals and four assists in 31 games.  However, former Anaheim ‘bad guy’ will have a lot to prove coming into this season.  The 34 year old competes at a high, skilled level, and can really help the Stars on the power play that went 21% last season.

John Klingberg had much more help anchoring the Stars’ backend last year.  Now accompanied by Miro Heiskanen, and with Esa Lindell really blossoming into his full potential, the Stars do not have a whole lot to worry about.  As only three players on D were born before the year 1992, age is not an area of concern, and they should be able to pick up and improve right where they left off last year.

Oh, what could have been…the Stars lost a heart breaker at home, in double OT game seven in the second round, after beating a highly touted Nashville Predator team in the first round of the playoffs.  That wasn’t “supposed” to happen.

The team they lost to, St. Louis Blues, went on to win the Stanley Cup.  The team the Blues faced in the Western Conference finals was the San Jose Sharks, who the Stars beat twice and only lost to once in the regular season.

The Stars have proved that they could play with the big boys last year and perform better than anyone thought they would.  After new signings, there’s no reason to think the Stars don’t have a legitimate shot at the cup, if things go their way next year.