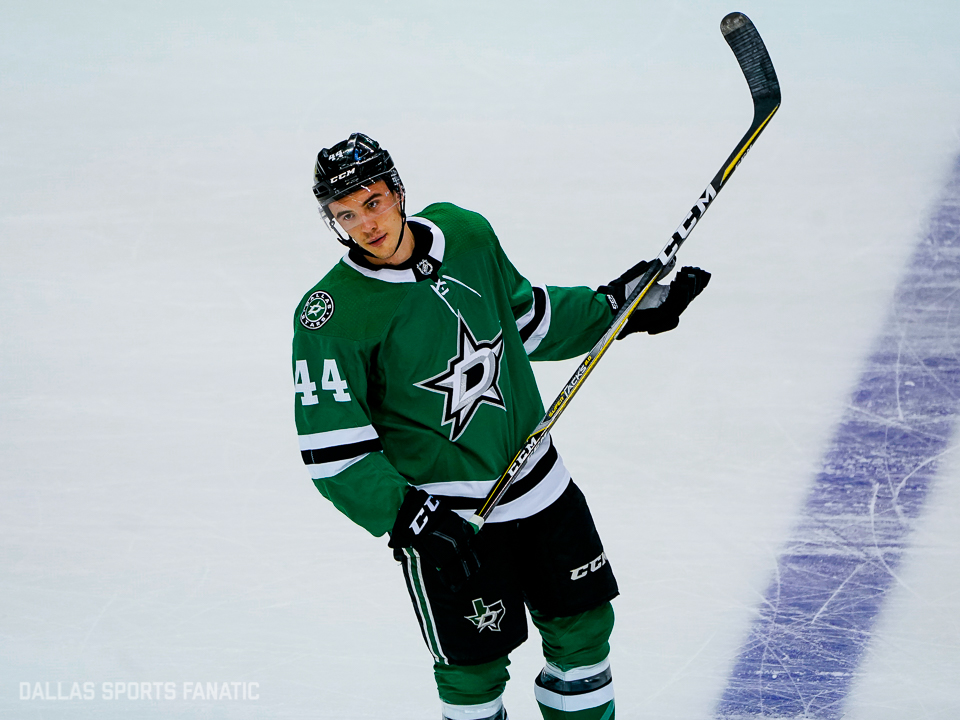 The Dallas Stars came into the game having won their previous match up against the Blues in St. Louis earlier in the week.  Albeit not the best win in recent memory, it was two points.  Tyler Seguin started the game riding a seven game point streak.

St. Louis started rookie goaltender Jordan Binnington, on their first of four consecutive road games.  The young net minder saved 53 out of 54 shots during the two games he had played previously.

Vladimir Tarasenko quickly opened up the scoring in the 1st period, ripping one past Bishop, blocker side, after the Stars iced the puck.

Just before the midway point of the period, Oskar Sundqvist saucered a pass across the middle which was chipped in by Pat Maroon, making the score 2-0 Blues.  Robert Bortuzzo also received an assist on the play.

The period ended 2-0 in favor of the Blues.

Jason Spezza rang one off the post, and there was a penalty per team, however, the score would not change.

Erik Condra would get the Stars lone goal, but it would not prove to be enough.

A somewhat weak penalty to Jason Spezza for slashing would result in a power play goal for the Blues by Tarasenko, for his second goal of the game.  Sundqvist would receive his second assist of the game as well.

The final ended 3-1 in favor of the Blues.

The Goalies are only human

Ben Bishop and Anton Khudobin have easily been the best 1-2 punch in the NHL as far as goalie combinations go this year, but the bottom line is, they’re going to need some more help.  The guys in front of them cannot continue to expect these two to stand on their heads game in and game out.

Two early goals led to a very deflated looking Stars team.  After the game, Jim Montgomery said he thought the Blues played smart after they got the early lead.

There will be games the opposing teams get goals early off tips and good plays, these are the games the players need to rally together in front of their goalie, and come up with some goals.  One goal against a rookie backup goalie just isn’t going to cut it.

Although the right wing position has been a revolving door for the second line, the Stars need more out of that line and beyond.  Jason Spezza is declining with age, Martin Hanzal has been unable to stay healthy, and Matthias Janmark is not putting up the point totals many hoped to see him evolve into getting this year.

Offseason acquisition Blake Comeau has come with his physical style of play, but his point totals are on track to be the worst of his career.

A Culture of Mediocrity

Post game interviews, players and coach alike, were extremely demoralizing.  Spezza and Klingberg both pointed towards individual preparation and execution as one of the main reasons the team has been inconsistent.

When asked if the team needed to have more energy, Spezza responded, “it’s pro hockey, not some ra-ra, get everyone going (type of thing),” basically hinting that the players need to take more control of their own game.

A deflated Jim Montgomery mentioned post game that the “last two games felt like a gut punch,” as he feels like he has been unable to change a, “culture of mediocrity,” within this team.  He mentioned that they’ve had to have several talks already to try and motivate the players, and it just seems like the team lacks the confidence within itself to dig down and win.

Players and coach alike are frustrated trying to figure out the recipe coming up to the trade deadline, and it will be interesting to see what happens.