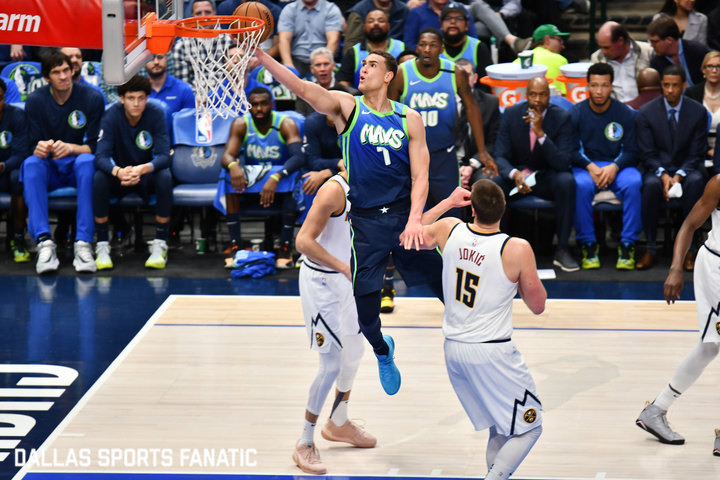 Four takeaways from another clutch situation loss for Dallas against Denver

Four takeaways from another clutch situation loss for Dallas against Denver

What more is there left to say about this issue?

The Mavericks have 14 losses this year, 12 of them coming in what the NBA defines as “clutch” situations. If you didn’t know it was an issue, now you certainly do.

Carlisle is generally good at keeping perspective, but even he seems fed up with their recent crunch time struggles.

”Execution,” he said on what their biggest issue in this scenarios. “ In a lot of cases, our defense isn’t as good as it’s been during other stretches of the game, and when your defense is better, you’re going to produce better offense.”

While he is right on all counts, this team is limited on defense. Everyone who follows the sport knows that much. What doesn’t make sense is their inability to produce points during these scenarios.

The Mavericks highly efficient offense is well documented. But when the game gets tight, it grinds to a halt. They go from one of the best offenses ever (1st), to one of the worst in today’s NBA when it’s winning time (28th). It’s hard to understand, especially given their best players knack for hitting big shots and taking over late.

Luka has taken public blame many times and justifiably so. But they all have a hand in it. Dorian commited two crucial turnovers down the stretch tonight. Dwight collected a big offensive rebound and inexplicably kicked the ball out instead of laying it in. The bench let a seven point advantage slip in a matter of minutes early in the forth. And even their ultra-reliable coach has put them in some bad situations.

It truly has been a group failure, but their leading man won’t let them blame fall anywhere else.

When Delon Wright signed here in the offseason, everyone naturally assumed he’d be a permanent fixture in the starting lineup.

It took only a couple games to bring an end to that experiment with Carlisle opting to go in a different direction.

And it was a non-issue, especially once they settled into their Luka-Hardaway-KP-Powell-Finney-Smith lineup.

But as the injuries and adversity hit, Carlisle’s hand was forced. The last three games he inserted scarcely used JJ Barea and Justin Jackson into the starting lineup. Predictably, it didn’t go well and it seemed to throw everyone in the rotation off.

Tonight against Denver, Carlisle elected to insert Wright into the first unit and go small. Interesting for two reasons: 1.) It gives Luka a secondary playmaker and someone to play off of. 2.) Denver is a huge team and they kill folks on the glass. But it worked like a charm and they got off to a much needed good start.

It will be interesting to monitor where Carlisle goes for the rest of KP’s absence. This lineup would certainly get the fans vote.

A couple things go into making an elite NBA role player: Ego, or lack thereof, timeliness, toughness, and one or two specialized skills. Maxi has developed every single one of these traits over his time in Dallas. And he’s doing it on an incredibly team-friendly contract.

It was unthinkable to suggest after his first season in Dallas that he would one day be invaluable to this franchise, but here we are. His mobility and versatility defensively are really rare for a player his size. Couple that with his now 40% three point stroke and improved rebounding and you’ve got an incredible asset. One that deserves to be a starter, but willingly accepts not being one for the betterment of the team.

The Mavericks need a wing like one of Denver’s

The Mavericks are a very good basketball team. I’m not sure anyone values them as a “true” contender, but definitely a “one move away” type team.

That move needs to be a wing. They’ve got a couple of problem areas on their team, most of them minor. After maintaining a relatively average defense with healthy KP, his absence has shined a light on a glaring issue for them: Their perimeter defense is dreadful.

Brooklyn, Charlotte, Chicago, and Denver got wherever they wanted, whenever they wanted. Any sort of perimeter stopper would be welcome, but it likely needs to be a jumbo-sized wing like one of Denver’s.

Luka had a very productive night. He’s a great player, they do that. But the length and athleticism made it really difficult on him and he worked for every point he got.

The Mavericks don’t have enough guys that do that. It’s something you need to run through the gauntlet of the Western Conference playoffs with guys like LeBron, Paul George, Kawhi, Harden, etc…

Igoudala has been linked to them. Covington is supposedly available in Minnesota. The front office should be in no hurry to do something, but could definitely use an upgrade on the wing.

The Mavericks next test is on Friday, as the Lakers come to town.