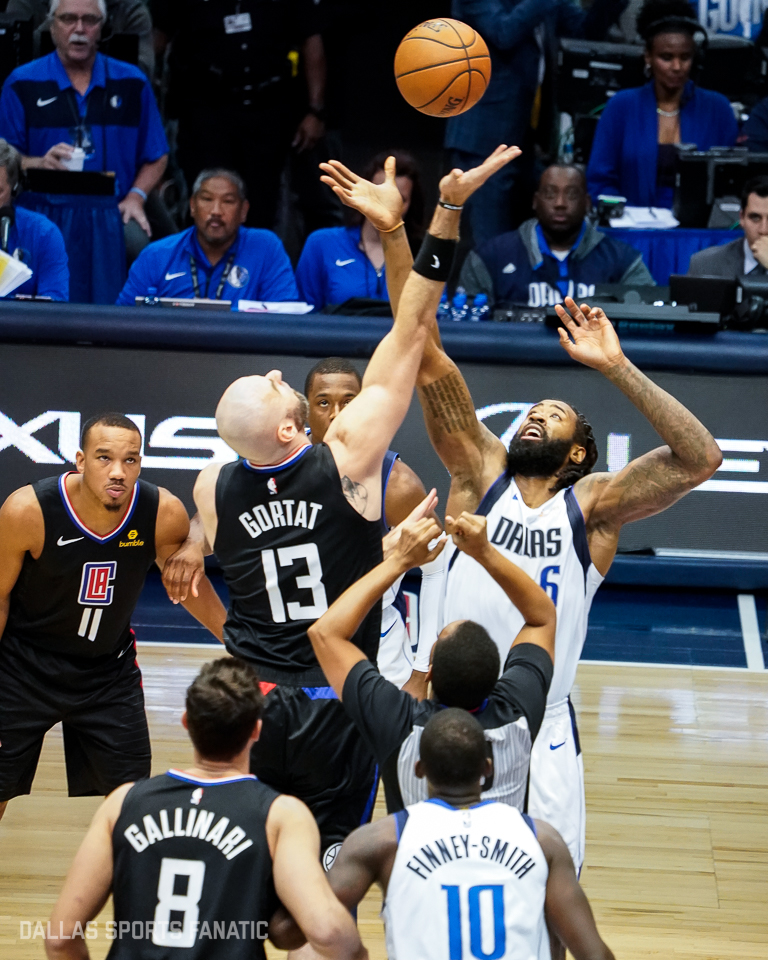 Four takeaways from the Mavericks spirited victory over the Clippers

Four takeaways from the Mavericks spirited victory over the Clippers

Following a loss against the Lakers on Friday, the Mavs found themselves back at home and yet facing another Los Angeles opponent. With the best record in the West, the Clippers came into the AAC looking to continue their hot start to the season.

That hot streak ended tonight as the Mavs fought hard and stood their ground defensively down the stretch with a 114-110 victory.

DSJ and the “D” stands for defense

Defense may not be the first thing you think of when it comes to Dennis Smith Jr. but tonight was different. After getting his tooth knocked out on a loose ball scrum with Patrick Beverley in the third quarter, Dennis had to be removed from the game to deal with the broken tooth.

Returning in the fourth quarter down the stretch, Dennis was matched up with Tobias Harris on a switch as the Clippers looked to take the lead. Harris backed Dennis down in the post with the size advantage and yet DSJ got the block and rebound to save the game, followed by two clutch free throws.

DENNIS WITH THE SWAT! AND HE SINKS BOTH FREE THROWS! pic.twitter.com/389HJcggAm

“Effort, just effort,” Dennis said following the game. “They thought they had the advantage. They thought.”

Carlisle said of Dennis’ performance coming back from the broken tooth, “one of the best competitive things I’ve seen in a long time.”

“Ruthless toothless!” Dorian Finney-Smith shouted at DSJ in the locker room after the game. Let’s hope Dennis doesn’t have to spend too much time at the dentist tomorrow.

No Luka, no problem? Not quite

Now, I know you’ll read that headline and think, “wait, what?” Luka was a late scratch with a right hip strain, but just because the rookie sensation wasn’t on the floor, doesn’t mean tonight’s game would be a wash.

Luka has arguably been the Mavericks best player so far this season but without him tonight, Dallas had a handful of guys step up in his absence. Harrison Barnes came out firing in the first 12 minutes, scoring 15 first quarter points and finishing with 30 points.

Wesley Matthews and J.J. Barea found their rhythm as well, with a combined 17 first quarter points and for Barea, 20 first half points.

The Mavs may have gotten the victory against the top team in the West, but the Slovenian rookie is still one of, if not the best player on the team.

Battle of the benches

Tonight’s game showcased two of the top bench units in the league. The Clippers rank first in the league, averaging 53.8 bench points per game. Dallas scores 37.4 points off the bench so far this season, ranking 15th in the league, yet their bench mob seems to always score a positive plus/minus with their defensive effort.

In the first half, J.J. Barea came off the bench and immediately found himself in a groove, scoring 20 first half points.

Though, the Clippers bench outscored the Mavs 47-35, the starting lineup for Dallas made up for the difference with a balanced scoring load across all five starters.

DeAndre vs his old team

Spending a decade with one team is a long time in today’s NBA. For DeAndre, he played his first 10 years in the league with the Clippers, which made tonight the first time he’s faced his former home.

”Everyone knew this would be an emotional game for him,” Rick Carlisle said postgame.

DJ sure played like he had an extra edge tonight, scoring 16 points and grabbing 24 rebounds, including six offensive. After the game, he may have downplayed the added motivation in tonight’s game saying, “It was cool. I had a good time.”

Coach Carlisle said he thought Jordan played “spectacular” and “his numbers were other worldly.” And when asked if he thought DJ felt a little extra incentive to play well tonight, Carlisle responded, “you could say that.”

We can all assume DeAndre felt a little differently tonight playing against his former team of a decade but at the end of the day, the Mavs got the win and we don’t have to take a deep dive into DeAndre’s emotions.

The Mavs will remain at home for a matchup against the Portland Trail Blazers on Tuesday.