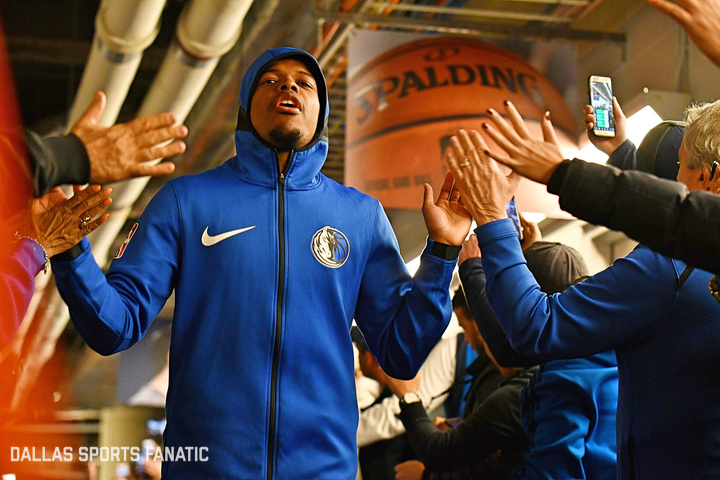 Following enjoying the Thanksgiving holiday after a victory against Brooklyn, the Mavericks look to continue their steady defense of home court as the Boston Celtics make their way to the AAC. After a rough stretch, the Celtics got back on track last night with a win against the Hawks and look to build on that tonight in Dallas.

Get off to a fast start

Over the Mavs past six victories, they have led after the first quarter in all six games. That’s a telling stat. And even though the Celtics offense has been rocky as of late, they still have a plethora of talented players and their offense looked just fine last night against Atlanta, scoring 45 points in the first quarter.

And though the Celtics played last night, no player, including the starters, played over 25 minutes so playing on a back-to-back won’t be such an issue for Boston tonight. If Dallas gives up 45 points to Boston in the first quarter tonight, they better make sure they’re putting up points themselves.

Nothing like a battle between two explosive, scoring guards like we’ll have tonight with Dennis Smith Jr. and Kyrie Irving going toe-to-toe. Now, clearly, one has more notches on his belt in Kyrie, but Dennis is no punk when it comes to facing off against a top tier guard in this league.

As we all remember, last season, Dennis took exception to an elbow from Kyrie on a drive to the basket. Even as a rookie, Dennis had no problem letting the former NBA champion that he wasn’t happy about it. We’ll see tonight if DSJ can get the upper hand in the matchup this time around.

Battle of the benches

A vital part of Dallas’ success this season has been because of the strong play from the bench unit. In Wednesday’s win against the Nets, the bench scored 49 points, including 18 from both J.J. Barea and Devin Harris. With a bench including Marcus Smart, Terry Rozier, and new member to the bench unit Gordon Hayward, the Mavericks will have their hands full with one of the deepest teams in the league.

Coming off his season-high 28 points against Brooklyn, HB will look to keep his hot streak alive in tonight’s game, which will be important for the Mavs to steal a victory against Boston. Especially matching up against Jayson Tatum and Jaylen Brown, Barnes will need to not only be efficient on offense but also continue his strong defensive play against the two young wings for the Celtics.