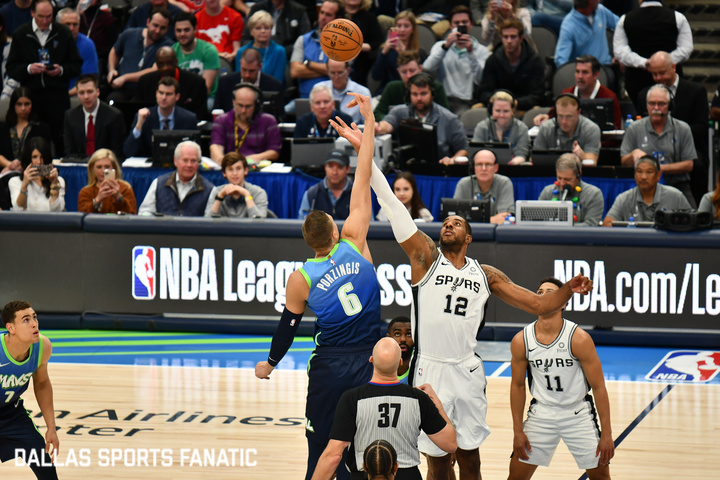 Four things we learned in December about the Mavericks

Four things we learned in December about the Mavericks

The Dallas Mavericks will enter the month of January at 21-12 after going 9-6 in December. They finished December with a loss over the Oklahoma City Thunder in game where Kristaps Porzingis sat out after experiencing left knee soreness during pre-game warm-ups. After the game, coach Rick Carlisle said that there is no timetable on his return. Porzingis, when asked if he could play Thursday said that it was “too early to tell.” The Mavs enter January as the 5 seed in the West.

The Mavs are more than just Luka

Coming into the month, there were questions about how the Mavs would do during a stretch a games that would see them play Miami, Milwaukee, Boston, Philadelphia and Toronto. Nobody knew the Mavs would play that stretch without their star Luka Doncic after he sprained his ankle two minutes into their December 14th game against Miami. Dallas managed to go 2-2 in that stretch with convincing wins @ Milwaukee and Philadelphia and losses against Boston and at Toronto in a game that saw the Mavs blow a 30 point lead.

Dorian Finney-Smith is a legit 3 and D guy

The emergence of Dorian Finney-Smith has been one of the best things in 2019 for me. We know the defense Dorian brings as he guards the best perimeter player from the opposition every night and in December, Dorian shot 47.5% from the field and 46% from 3, which is huge because as Luka is creating he is the guy that teams are choosing to leave open.

The home woes are legit

One of the more confusing things this season has been the Mavs struggles at home. Historically, they have been one of the better teams in terms of defending their home-court but so far this season they are just 9-7. They start January with a six game home-stand against Brooklyn, Charlotte, Chicago, Denver, the Lakers and Philadelphia. During this stretch, the Mavs need to come away with at least four wins, maybe even 5 to start righting the ship at home.

Kristaps Porzingis can be the 2nd option

Porzingis has been under a lot of heat from fans and media members the first couple of months of the season. Since the shot isn’t falling at the rate he or anyone else would like, people feel that he should be in the paint posting up more. Coach Rick Carlisle came to defense Thursday night after the game saying that post-ups are not as efficient as they once were and that KP is doing what he needs to do in the role he is in, which is spacing primarily spacing the floor. However, KP averaged 22.4 points and 13.8 rebounds per game in five games without Doncic. KP finding a way to maintain that aggressiveness when Luka is playing will be a huge factor when it comes to the Mavs ability to grab one of the top 4 seeds in the West.