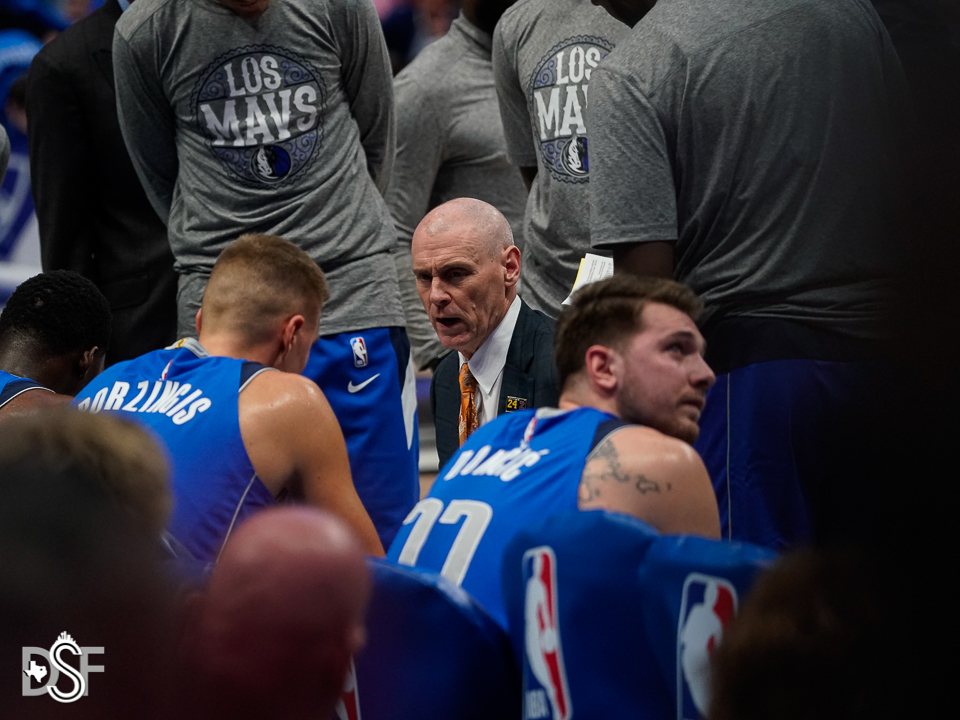 The Dallas Mavericks traveled a couple hours down south to visit their in-state rival San Antonio Spurs on Tuesday night. The Mavs had the opportunity to sweep the season series for the first time in franchise history. Instead, they continued their recent stretch of poor fourth quarter play and fumbled away what should have been a win against a Spurs team that is outside of the playoff picture.

The Mavericks have not been very good in fourth quarters when the game is competitive this year. Add Tuesday night’s game to this list. Dallas allowed the Spurs to go on a 16 to 5 run to open up the fourth quarter. The run put the Spurs up by 11 with seven minutes left to go. It was ultimately too much for the Mavs to overcome, despite pulling within one possession with under five minutes to play. Dallas missed nine three pointers from the time the Spurs began their run to the end of the game. During this stretch the offense stopped flowing, there were unforced turnovers, and the shot selection just wasn’t that great. The Mavs need to address their end of game woes if they want to make some noise in the playoffs.

The Mavs have caught the injury bug over the past couple of weeks. One of its victims was Dorian Finney-Smith. The Mavs defensive forward missed the past two games due to hip soreness. He returned to the Mavs starting line up on Tuesday and provided a much needed spark that was missed in his absence. Doe Doe finished the game with 15 points in 38 minutes played. He shot 50% from three, sinking three shots from beyond the arc. Finney-Smith was his usual self, active on defense and on the offensive glass, while hitting his threes in the corners. He also caught this nice lob from Luka, check it out below.

With Seth Curry, Willie Cauley-Stein, and Michael Kidd-Gilchrist all on the shelf, Coach Rick Carlisle had a limited amount of guys to roll with on Tuesday. Carlisle wound up using a nine man rotation, with JJ Barea and Antonious Cleveland both on the receiving end of a DNP-CD. Luka Doncic of course had the best night with 38 points, 7 rebounds, 8 assists, and 2 steals. He did all that despite a messed up thumb and a sprained wrist. Tim Hardaway Jr. continued his impressive play with 20 points, 7 rebounds, and 3 assists. Kristaps Porzingis struggled again, with only 9 points and 12 rebounds. He shot 4/15 from the field including 1/8 from three. After playing his best basketball of the season over the last month and a half, Porzingis has really come back to Earth in these past two games, failing to score in double digits in both.

Up Next: Quick turnaround as the Mavs host the Nuggets on Wednesday night in Dallas.