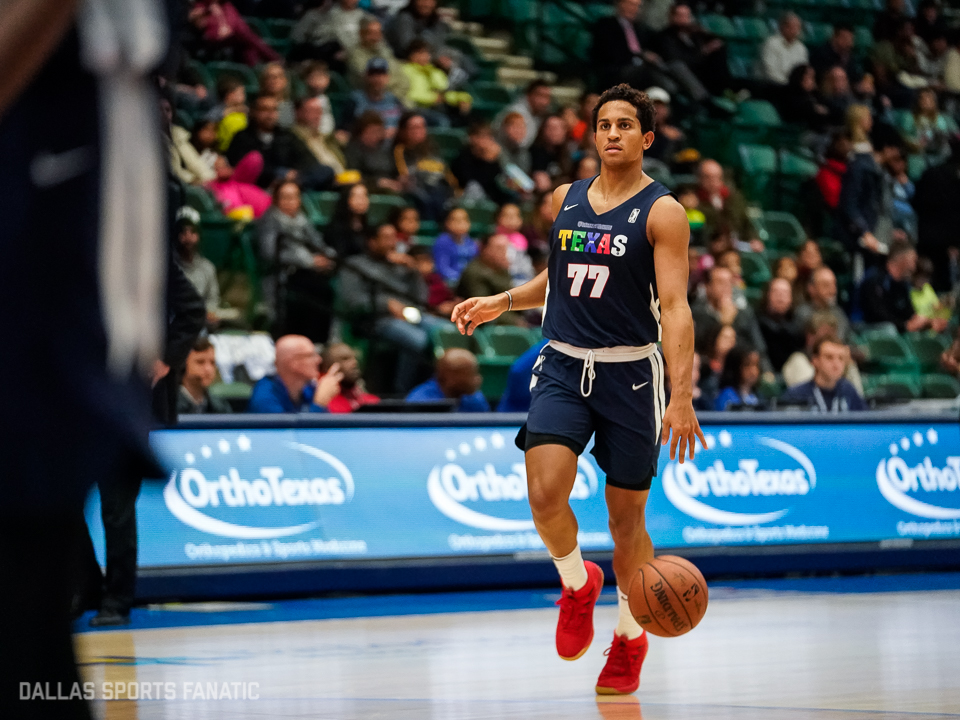 Texas got off to a hot start, shooting 60% in the first, but Salt Lake City was firing from outside (4-of-10) to keep it close.  The two exchanged leads four times and kept it within six, but Texas maintained a two-point edge at the break.  The home team’s lead extended to double-digits in the second, but three minutes later the visitors tied it back up.  Keith Hornsby answered the rally with a three and Texas held was able to maintain control through the half.

The Legends opened the third with 13 unanswered points to take their largest lead of the night (+20).  The Stars responded with a 23-8 run to cut the lead to five and faced a manageable six point deficit heading into the final minutes.  Salt Lake City kept firing to open the fourth with seven straight, taking their first lead since the first quarter.  After exchanging leads four more times, Trey Lewis knocked one down outside to regain the Stars’ final lead.  With 1:11 remaining, Jameel Warney finished the night perfect from the free throw line to make it a one-point game, but Texas was unable to capitalize in the final seconds as the Stars closed with five unanswered points to take the victory.

Jackson led the Legends’ scoring efforts and added 7 rebounds, 2 assists while Warney added the team’s only double-double of 13 points, 13 rebounds, 4 assists, and 2 steals.  Daryl Macon finished with 18 points and a game-high 9 assists, and Ray Spalding and Hornsby added 14 each.

Willie Reed powered the Stars with 17 points, 15 rebounds, and 3 blocks.  Naz Mitrou-Long added 16 pionts, 9 rebounds, and 5 assists, and Jairus Lyles and Tyler Cavanaugh came off the bench to tally 16 and 15 respectively.

The Legends will hit the road for a three-game stretch tipping off in Sioux Falls Saturday at 7pm CT.  Fans can catch all the action live at www.TexLegends.com.