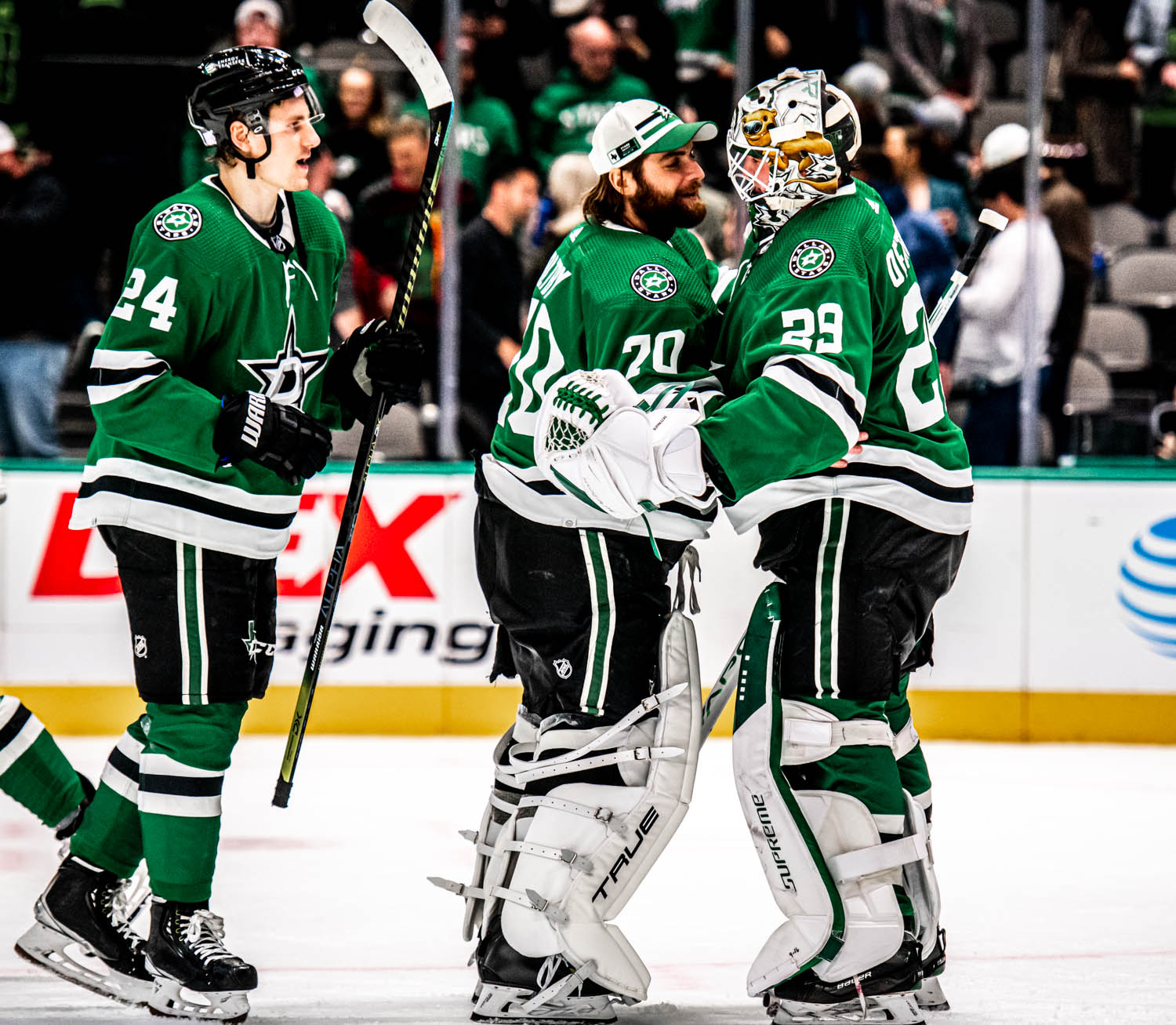 Game 7 primer: What to expect as Stars battle Flames for second round spot

Game 7 primer: What to expect as Stars battle Flames for second round spot

Survive and advance: That’s the oft-repeated motto of National Hockey League teams at this point in the season.

The Dallas Stars have done the first part. Now, it’s time to see if they can do the second.

After staving off elimination its first round Stanley Cup Playoff series at three games a piece with a 4-2 home victory, the Stars will face a herculean task of trying to punch their ticket to the second round for the third time in the last four seasons in Sunday’s game seven at the Calgary Flames.

Dallas has shocked many on the way to game seven in this series. Dallas was the first wild card seed and the only team in the postseason with a negative goal differential. Calgary, on the other hand, entered as heavy favorites in the series- and a popular Stanley Cup pick after winning the Pacific Division with 111 points.

Here’s a look at a few burning questions ahead of Sunday night’s matchup (8:30 central, ESPN2).

Stars-Flames has turned into one of the league’s most physical first-round series. Defensemen John Klingberg has been ejected from a game for fighting, while Calgary’s Nikita Zadarov was escorted off the ice for several physical hits (none which drew a penalty) in last night’s game. Stars captain Jamie Benn has routinely challenged Calgary’s Matthew Tkachuk- though he’s yet to oblige.

In each of Dallas’ last two wins, the Stars have gotten a goal from one of Jason Robertson, Joe Pavelski or Roope Hintz- its top scoring line that carried an otherwise weak offense in game one. Their production wasn’t in question. Whether or not Dallas can get anything from its bottom six is. Perhaps fan favorite Michael Raffl’s tap-in Friday could be a spark?

Both sides have shown an inability to score on the power play. Calgary scored with the man advantage in Friday’s game, but at one point, both teams were just 2 for 20 with the penalty. Can Joe Pavelski give the Stars a boost with another power play marker like he did in Game 3?

First-year starter Jake Oettinger has shined brightly in these playoffs. Dallas’ 23-year-old net-minder has recorded a ridiculous 1.69 goals against average and .956 save percentage in the six-game set. Calgary’s Jacob Markstrom has held the Stars to a single goal or less twice. Something’s gotta give in game seven.

The Stars don’t want to think this way, but it’s reality. Several key contributors could be making their final appearance with Dallas. Head coach Rick Bowness, 67, is rumored to be considering retirement. John Klingberg is a pending unrestricted free agent, and has had a very public battle with Dallas’ front office over the lack of a contract extension. Alexander Radulov is in the final year of his deal, and put up just 22 points in the regular season. 2015 first-round pick Denis Gurianov has been healthy scratched in consecutive games. General manager Jim Nill’s leash is rumored to be fairly short. Would pushing the Flames to seven games be enough to save his job?

If the Stars come up short, it will be a bitter ending for fans and that group alike.