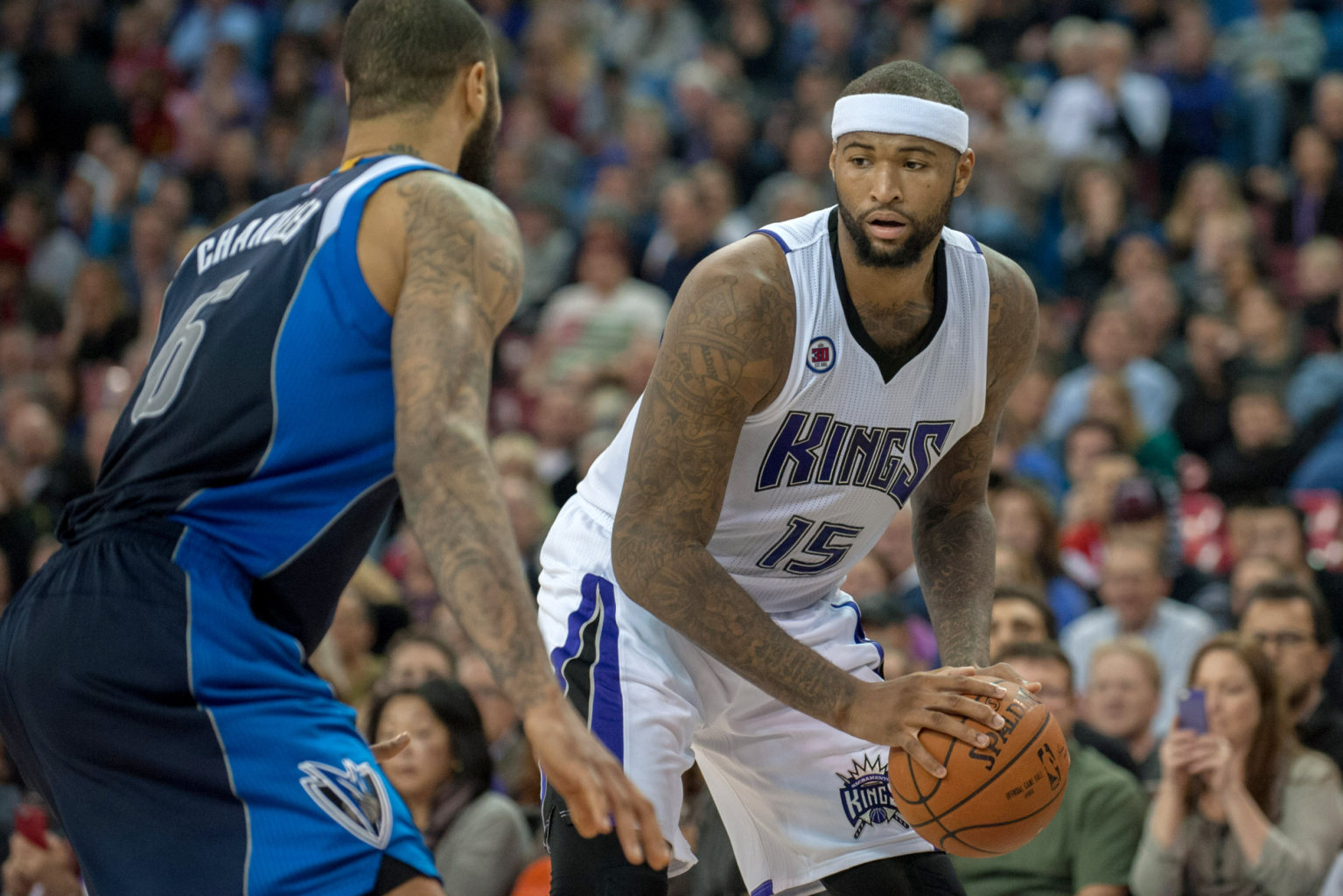 SACRAMENTO, CA — Just four games left before a much-needed All-Star Weekend Break, the Mavs continue their west road trip to take on the Sacramento Kings. Despite blowing a heart wrenching 22-point lead in defeat in Golden State last night, Dallas has won three of their last four games. Sacramento in contrast holds the 12th spot in the Western conference and lost eight games of their last nine.

Just 24 years old, DeMarcus Cousins is rapidly becoming one of the best big men in the NBA. The recent announcement from Adam Silver of Cousins being selected to this year’s NBA All-Star team proves just that. Boogie is currently the leader amongst big men in points per game and ranked third and highest rebounds per game. The Mavs will have their hands full tonight defending Boogie Cousins, especially with the disappearance of a backup center behind Tyson Chandler.

With Rondo out with a face injury, Devin Harris and JJ Barea are counted on to handle the point guard duties. Just last night against the Warriors, Harris and Barea combined for 18 points and 12 assists and shot just under 30% from the field. Look for these two guard along with Felton to step up and perform better when their name is called.

The Mavericks lead the all-time series against the Kings 88-63. Dallas has already won the first two meetings this year including a 108-104 OT win in Sacramento. The Mavs have won 10 of the last 11 games between the two teams.

If you plan on staying up late tonight, tipoff of the game begins 9 PM CT. The game will be televised on Fox Sports Southwest.