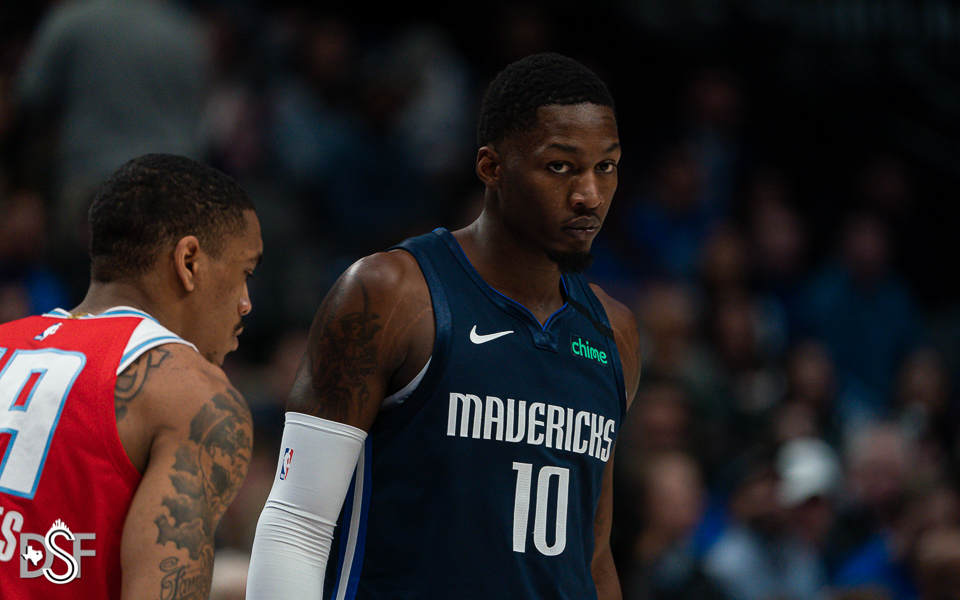 There were plenty of heroes to point to in the Mavericks’ 113-103 game one win over the Clippers in LA on Saturday. Luka Doncic stole the headlines with a 30 point triple-double. Tim Hardaway Jr. was his usual self shooting 5-9 from beyond the arc on his way to 21 points. Jalen Brunson had several key baskets off the bench.

One guy’s performance just felt better than the rest. Dorian Finney-Smith notched a career-playoff-high 18 points on 7-9 shooting, including 4-5 from three, and had a key presence in the final minutes of the fourth quarter that helped the Mavericks seal their game one win.

The 28-year-old has been showing flashes of being a capable 15-20 points per game scorer throughout the season, with a career-high 23 points against the Jazz on April 5th. It has been a far-cry from when he averaged just 4.3 points per game for a bad Mavericks team as an undrafted rookie back in 2016-2017.

“As a rookie, he was always a soft-spoken, low key personality but an intense competitor,” Rick Carlisle said after Saturday’s win. “The thing about Dorian, I think, that flies under the radar, when you have stars like Doncic and Porzingis, is the leadership role that he has on our team. He’s a guy who, when he speaks up, the locker room is quiet and people listen. He’s a man of few words, but when he speaks, our guys pay close attention.”

Considering the road Finney-Smith had to take to get to where he is now as a respected contributor on an NBA playoff team, it’s just impossible to not only feel great about him as a player, but as just a person to root for.

Dorian was a part of some bad basketball games in his first couple of seasons with the Mavericks. There have been many NBA players who have been part of bad basketball over the years and it turns them into worse players who eventually can’t make it on an actually competitive team. The opposite is the case for Finney-Smith. He got to work and used every minute on the court as a chance to get better. Now he’s playing his best basketball for a team with a 1-0 series lead in the playoffs.

“Dorian’s been making big shots all season long. He’s not afraid of taking whatever shot is given to him late game. We know he can knock them down,” said Kristaps Porzingis on Saturday. “He’s been playing very consistent, very selfless, and that’s the type of guy you want to have on your team when you’re trying to win.”

Finney-Smith is the type of guy you just know is beloved in the locker room. He’s low maintenance on the court — only needing open three point shots and an occasional drive to the hoop if it’s open. He certainly qualifies for someone who does all the “dirty work” like frequently defending the opposing team’s best player and hitting the offensive glass. He’s just the example of a hard-working, team player you’d hope for most guys to be on an NBA roster.

Again, it’s just really fun for Mavericks fans to have been able to see players like DFS, Maxi Kleber and Dwight Powell start as end of the rotation/barely making the roster out of training camp guys on some of the worst teams in the last 20 years for the Mavericks grow into playing major roles for this new version of the team as they try to win their first playoff series in ten years.

This team is nowhere without the performance of Dorian Finney-Smith. Hopefully the best is still yet to come.