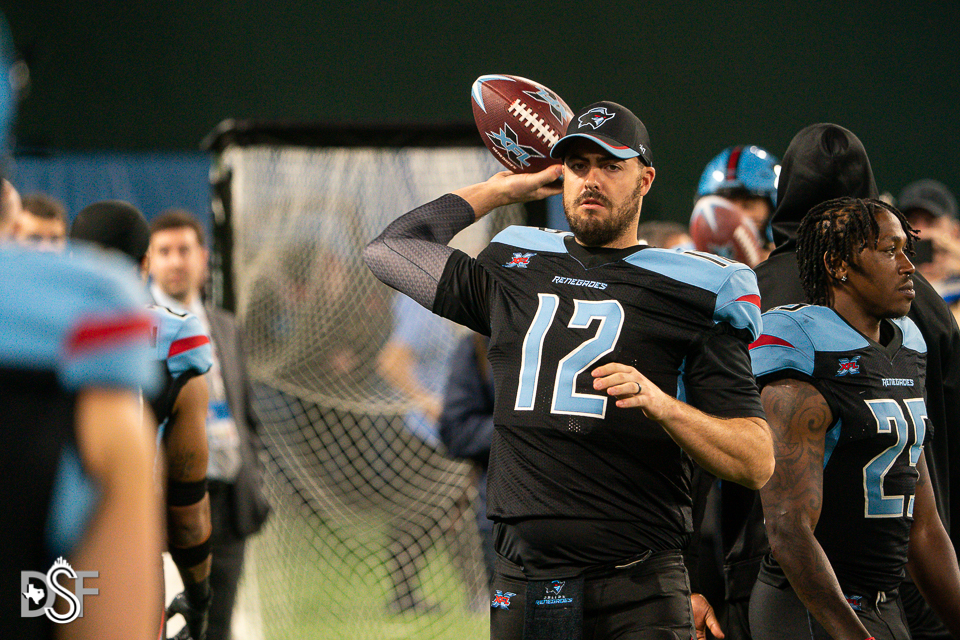 Landry Jones’ long-awaited debut for the Dallas Renegades is finally here when they take the field against the Los Angeles Wildcats Sunday, head coach Bob Stoops announced. Landry has been recovering from a knee injury he suffered during training camp and is what ultimately held him out of the opener.

The pairing’s much-anticipated debut was postponed last weekend in the Renegades’ season opener as Stoops elected to have him rest up for one more week.

“We’re planning on starting Landry and playing the whole game,” Stoops told reporters on Thursday. “He’s felt great all week, so we’re anxious to see him out there.”

In Dallas’ 15-9 opening loss to the BattleHawks, Phillip Nelson got the start at quarterback and completed 79% of his passes for 209 yards and one interception. Fans left unfulfilled from what was supposed to be a return of offensive coordinator Hal Mumme’s “Air-Raid Offense”

The last time we saw Jones was during the 2018 preseason as a member of the Steelers. He’ll now make his return in search of his first win in the XFL and the Renegades’’ first win in team history.

He faces a Los Angeles Wildcats’ defense who gave up 37 points to the Houston Roughnecks in in week one.

Los Angeles got off to a good start down in Houston by jumping out to a 14-6 lead in the second quarter of their game.

However, ended up losing 37-17 to the Roughnecks. The Wildcats’ defense did not have any answers for Houston quarterback P.J. Walker, who completed 23 of 39 passes for 272 yards, four touchdowns, and just one pick. The unit’s one bright spot came against the run, holding the Roughnecks to 50 yards on the ground.

Johnson wasn’t the only significant move that happened within the Wildcats’ organization on Monday.

On Friday, the XFL had its first big trade. According to Jake Russell of the Washington Post, the Los Angeles Wildcats sent linebacker and defensive captain Anthony Johnson to the DC Defenders for cornerback Bradley Sylve.

Sylve recorded a pick-six in the Defenders’ 31-19 win over the Seattle Dragons on Saturday.

In their week 1 opener, Wide receiver Nelson Spruce was the bright spot for the Los Angeles offense with 11 receptions for 103 yards. Charles Kanoff was inconsistent filling in for an injured Josh Johnson at quarterback, going 21-for-40 through the air for 214 yards, a touchdown, and an interception.