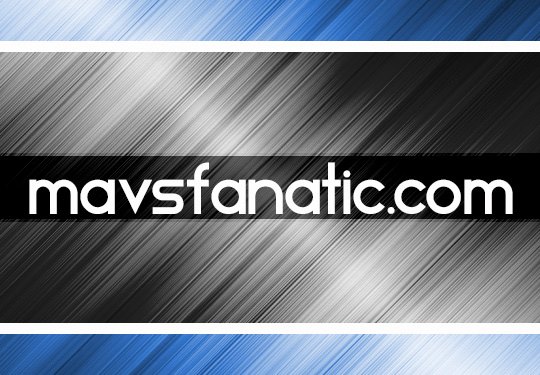 Getting To Know The Other Carlisle….Dick Carlisle

Getting To Know The Other Carlisle….Dick Carlisle

When you’re guy like me who lives outside the Texas borders, Twitter is the best option to interact with MFFLs across the country. I’ve been fortunate enough to meet some cool Mavs fans since having a Twitter account during games. One particular fan that comes to mind is @DickCarlisle. If you have never heard of this account, it’s pretty much a parody account of head coach Rick Carlisle. This is a guy you MUST follow on Twitter. He’s been kind enough to let me interview him for the website. So let’s get to know a little more about our fellow MFFL @DickCarlisle:

I actually started the account leading up to the 2012 pursuit of Deron Williams as @dwilltodallas. What started as kind of a joke turned into a sizeable movement. Suddenly I had thousands of followers and the hashtag #DWillToDallas was trending all the time. When D-Will eventually (and thankfully) spurned us, I just changed the name to something more permanent and fitting so I could keep sending out fire tweets about the Mavs and the rest of the NBA.

How long have you been an MFFL? What made you become a fan?

In 6th grade, my family moved to DFW from Phoenix. I became a devoted fan instantly. My favorite memory from that year was Calvin Booth’s buzzer-beater against Utah in the first round to extend the Mavs’ playoff life. I was hooked from there.

My group of friends growing up made a habit to never miss a Mavs game. For big games and the playoffs we’d all get together at someone’s house to feed the mojo. Back then I thought that by the time I was as old as I am now, I’d care more about other things and take less of an interest in the Mavs. But I’m as devoted as ever. My interest waited during the Kaman/Collision era but with Cuban at the helm it’s safe to trust that we’ll never be down for long.

Apparently you’re known within the DFW media, so much so that Rick Carlisle was quoted saying he’s seen your Twitter account. How does it feel to get acknowledgement by Coach Carlisle?

It was pretty funny to see that Rick acknowledged the @DickCarlisle twitter account, especially the fact that he said “I like that guy”. I’m a huge fan of Rick, so to get a public shoutout from him was pretty cool.

Besides Dirk, who was your favorite Mavericks player of all-time?

I’d have to say Steve Nash takes the cake as my second favorite Mav. I still haven’t forgiven Cubes for letting Nash walk to sign Dampier; robbing MFFL’s and basketball fans everywhere of seeing Nash and Dirk (two of the GOATs) play together in their prime. I still have dreams of Nash staying as a Mav, slaying the Heat in 2006 and lighting the Warriors in 2007. There’s NO WAY we wouldn’t have bagged a handful of Larry Obrien’s by the time someone figured out how to stop” Prime” Dirk and Nash. Aside from Nash, I’m always a fan of the players that are roughest around the edges. Delonte West and Deshawn Stevenson are up there.

Do you think this year’s team can spark a NBA Championship title run this year?

I think the League is definitely as wide open as it’s been in a while. Ultimately it will come down to whoever is hottest in May and June, just like our last title run. All I know is that I trust in Carlisle to have us cooking by then, hopefully with a better backup big situation. A healthy Dirk and Rajon Rondo in the playoffs is a sight to behold. If we can keep playing defense like we have in the Rondo era, we’ll be tough to beat.

I think I started following you when the season started. You went on a #RondoToDallas Twitter campaign a couple months ago. Now Rondo is a Maverick. How do you like Rondo playing alongside Dirk so far?

I’ve always been a big fan of Rondo.  I love what he brings to our roster in terms of toughness, attitude, demeanor and championship experience. Our roster lacked that kind of “nastiness” that he brings. As a schematic fit, we all wish he was a more consistent shooter. But his skill set is so unique that it’s something that you can build everything else around. Dirk, Monta and Parsons are 3 of the toughest matchups in the NBA. All three guys can dominate on any given night, so it just makes Rondo that much more lethal. Dallas is the ideal fit for him just because he’s surrounded by so much talent, which allows Rondo to just be himself and flourish accordingly.

This guy has some great insight not just about the Mavs, but about the entire NBA. I want personally thank @DickCarlisle for taking time out to answer some questions for TheMavsFanatic.com. Don’t begin watching a Mavs without giving him a follow on Twitter.