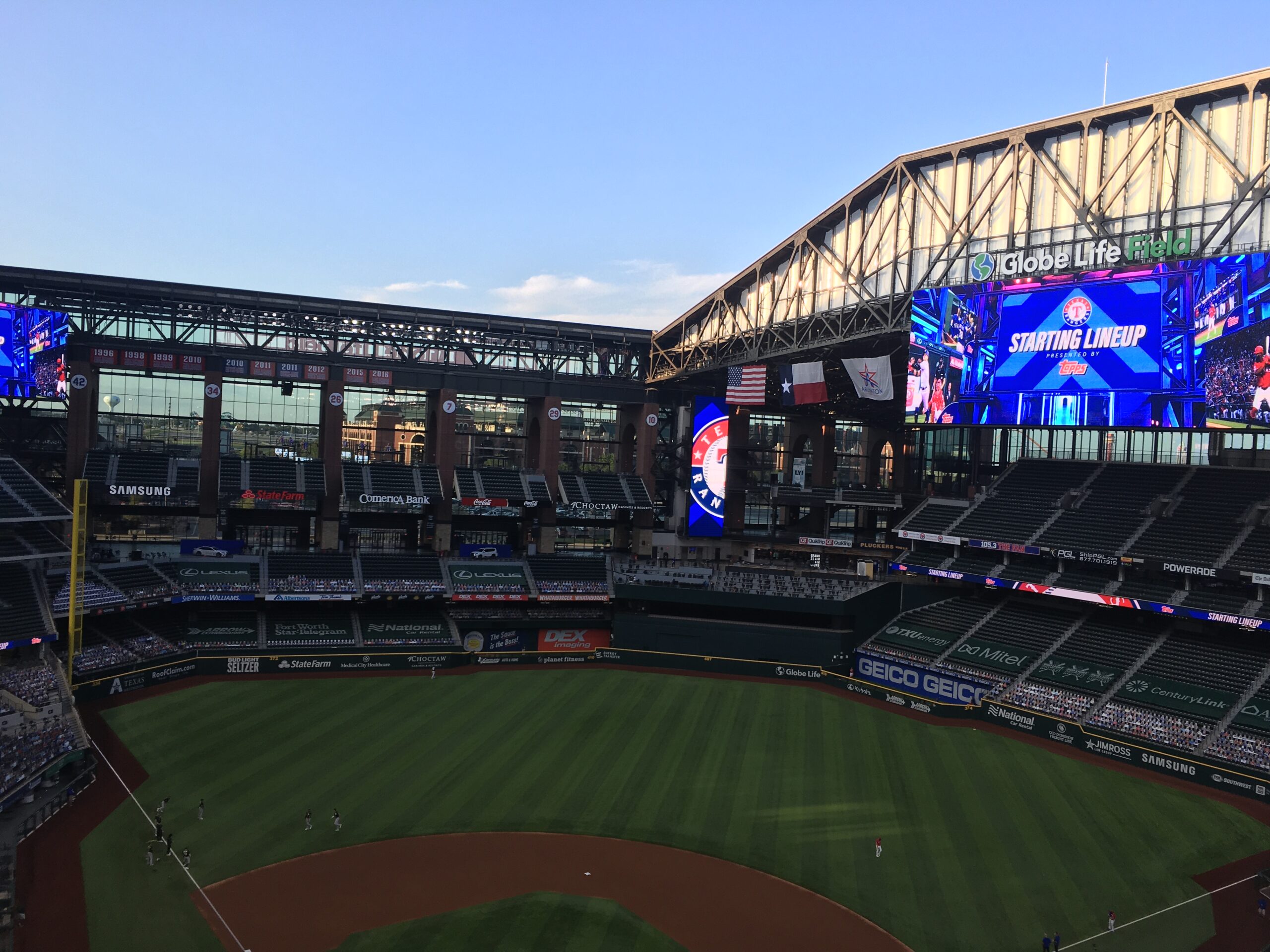 On Friday evening, Jeff Passan of ESPN reported that MLB set the 2020 postseason bubble in terms of ballparks. Most importantly, the Rangers’ new Globe Life Field would host an NLDS series, the NLCS, and the World Series. The Rangers finish the season at home September 25-27 against the Houston Astros, but an off span would hit (Assuming that the Rangers don’t make a miraculous trip to the fourth seed in the American League). Once the wild card round ends, Globe Life Field would be up and running until the end of October and possibly early November.

There’s some intrigue on the Rangers’ new stadium being the host of the fall classic. The west teams (outside of San Francisco and Houston) have all got a small peek at how the park plays. Managers like Dave Roberts of the Dodgers don’t care for the new Rangers’ stomping ground dimensions. I’m curious to see if the Dodgers, Padres, or Rockies (three teams in the NL race that have played at Globe Life Field) have a distinct advantage against teams like the Cubs, Braves, or Phillies. Globe Life Field has many nooks and strange cutouts throughout that could create issues with fielders. Plus, the field plays like Chase Field in Arizona, which makes another advantage.

It’s clear the public hasn’t had an excellent response to the announcement since Rangers fans are a little salty since the club likely will miss the playoffs. However, the thought of seeing the new ballpark on a national scale is a fantastic feeling and a great way to introduce the beauty inside of Globe Life Field to the baseball world. Rangers’ manager Chris Woodward responded to the thought of this year’s World Series played in Arlington, without the Rangers. “I think it’d be great for the community. That’d be fantastic.”

It’ll be the first World Series in Arlington since Game 5 of the 2011 World Series. With many changes happening in 2020, the neutral-site World Series might be another topic discussed in the future to be a permanent fixture.