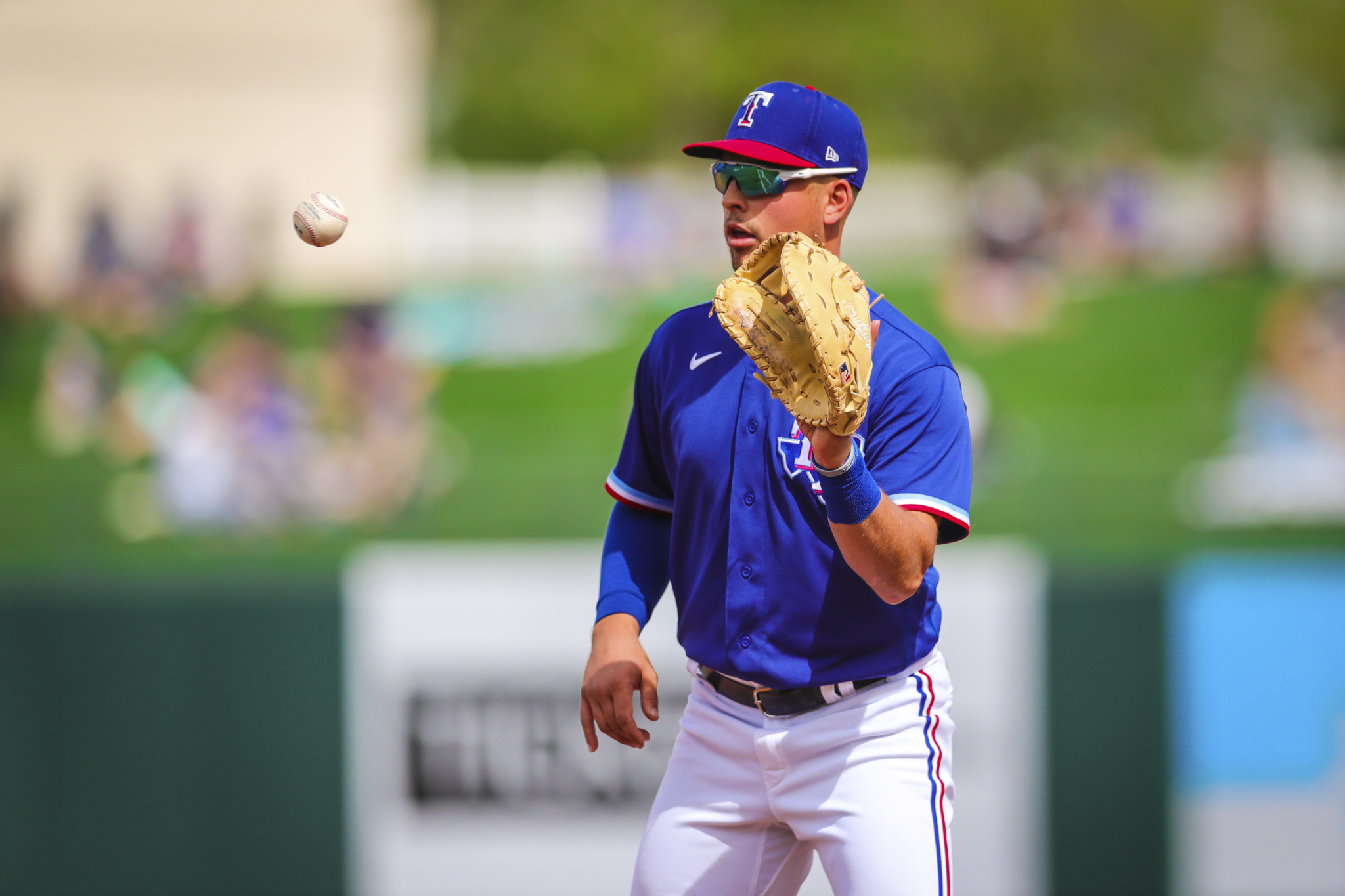 Has there been a major shift at first base for the Rangers this spring?

Has there been a major shift at first base for the Rangers this spring?

Entering day one of Spring Training, first base became a hot topic of conversation for the Rangers. The competition was clear, Nate Lowe or Ronald Guzmán . The Rangers brought on Nate Lowe from the Rays and they certainly seemed to love him. “We made this deal anticipating that he would [Nate Lowe] would win the job and be our first baseman,” Rangers General Manager Jon Daniels said after the trade. At that point, the Dominican Winter League season was about fifteen games old. In a short period of time, Guzmán put up MVP numbers in the Dominican, won the award, went to Spring Training on a mission, and now possibly is in the driver’s seat for the first base job.

Let me stop you here. We haven’t reached the halfway point of Spring Training and while it’s clear at this point one is doing better than the other, twelve plate appearances for each is an extremely small sample size. Nate Lowe’s defense hasn’t been shaky by any means, but offensively he’s 0 for his last 11 with seven strikeouts. “I think there are some timing issues there,” Chris Woodward told me. “Definitely not hitting the panic button, but at the same time, it’s go time.” Chris Woodward says he like what he’s seen from Lowe, but wants to see more aggressiveness, especially with two strikes from Lowe. Four of the seven strikeouts for Lowe have been called third strikes rather than swinging.

On the other hand, Ronald Guzmán is picking up where he left off this winter. Tuesday’s 0 for 3 was the first game this Spring that Guzy didn’t pick up a hit. Guzman has also homered twice, walked three times and struck out three times (twice on Tuesday). “I’m happy for him,” Woodward said to me. “I’m happy he’s gotten off to good start this spring and hopefully he keeps going.” Does this mean Guzmán is the projected opening day first baseman? Well, according to Woody, the situation hasn’t changed as of right now. “Long term, no,” Woodward said. “He’s got to come in and earn his spot. He’s got plenty of time to figure it out.”

Ronald Guzman launches a homer to dead central. See where that first row of bushes is? That’s where he hit it. #Rangers pic.twitter.com/bwd3h22nXt

Remember, Nate Lowe is newly acquired from Tampa Bay. His winter ball work, high school college, and pro ball work mostly comes on the Atlantic coast. I asked if there were any pinpoint differences between working out in Arizona and Florida, “60/90 is 60/90 wherever the diamond is. The ball flies a little better out here,” Nate told me. Plus we are still dealing with a small sample size. We could have a completely different conversation in a week and half if both roads go the opposite direction. For the Rangers, the capability Lowe possesses with the bat is still a feature they love. “We love the bat,” Woody said to me. “We love we he can do, his adjustability to different pitches. We feel like he can over lefties better than most lefties.”

Where does this leave first base? Well, it’s still a tooth and nail competition between the two and while the organization loved the trade for Lowe, first base wasn’t guaranteed to Lowe per Woodward. “I don’t think anything was ever awarded to Nate Lowe, I think he’s always understood that.” Woodward also said he told Lowe he’d love for him to be the starting first baseman, but again, he has to earn it. I would say Ronald Guzmán has the edge after about 67 laps of the Daytona 500, but again we still have 123 laps to go until the checkmark finish.

I think @_ronaldguzman is ready to go today #Rangers pic.twitter.com/m2oacr2NnG