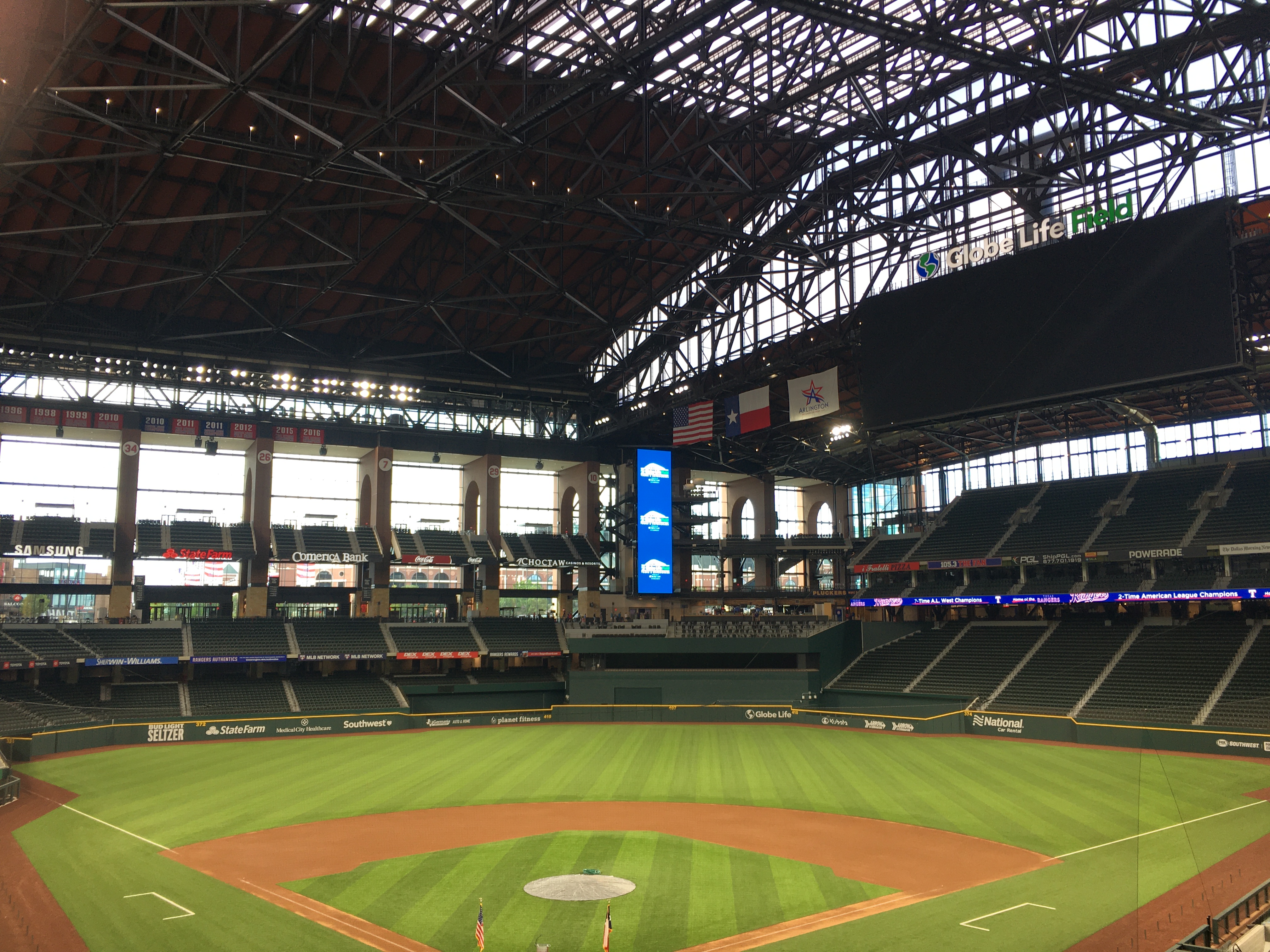 Have the Rangers turned the tide of their 2020 season in the last several days?

Have the Rangers turned the tide of their 2020 season in the last several days?

The Rangers exited Saturday’s game accomplishing something they hadn’t done in 2020 yet: winning two games in a row. Texas’ 2-0 win over the Angels currently puts the club a half-game back of a current postseason berth. Yes, I know it’s still ridiculously early to talk of postseason berths and teams’ chances. However, considering the club entered Saturday tied with the worst winning percentage in the American League, it feels like the tides are starting to turn.

The offense still hasn’t found it’s groove yet in 2020. In Friday’s victory, the Rangers got help from the Griffin Canning and the Angels defense in their three-run “outburst.” Saturday’s offense came from a Joey Gallo two-run home run off Patrick Sandoval after a Todd Frazier single. Texas has the third-lowest batting average in baseball and the fourth-lowest OPS in the majors. The consensus throughout the organization is that there hasn’t been consistency and there’s confidence the bats will wake up. However, the Rangers enter in Sunday playing their fourteenth game of 2020, scoring 3.23 runs a game, the fewest among teams who haven’t had a game postponed due to COVID.

Asked Joey Gallo tonight if there's a different feeling these last few games than the previous wins in the clubhouse.

He gave me a somewhat philosophical answer tonight. Maybe I should start referring to him as Dr. Joey Gallo. #Rangers #TogetherWe pic.twitter.com/fQeF7agE8u

A possible spark to the offense could be Anderson Tejeda, who made his debut Thursday in Oakland. No, I’m not calling him the organization’s saving grace, but the energy he brings may be the spark the club needs. “That’s what I love about him. He has no fear,” Rangers manager Chris Woodward said after Tejeda’s debut Thursday.

I asked Nick Solak what Tejeda brings to the clubhouse, “An aggressive approach. He swings the bat. That was kind of a joke just because he seems like he swung at every pitch he’s seen,” Also, Solak used his own experience last season to relate on what’s happening now. “It just feels an extra jolt of energy to have a young guy,” Solak said. “You’re here for the first time, it’s really exciting, to have that guy in the clubhouse and what he did his first game. It’s fun, and it’s a burst of energy.”

Another positive turn these past few games is in the bullpen. Before Friday’s game, the Rangers pen allowed 22 runs in 21.1 innings pitched (9.30 ERA). In the Angels series, the bullpen strung together 7.2 scoreless innings utilizing everyone in the bullpen except for Jimmy Herget and Nick Goody (Goody is dealing with lower back stiffness). The most uplifting thing is the return of Rafael Montero. Montero was one of the better relievers in the Rangers bullpen last season and looks like he’s taken on the closer role while Jose Leclerc is on the shelf. Montero picked up his first and second career saves these past two games, and worked well with Robinson Chirinos, who he hasn’t worked within his career.

as @kevinburkhardt mentioned 1st career save for Rafael Montero. Montero also told me it was the 1st time he worked with Robinson Chirinos.

Considering he didn't shake off against Goodwin or Fletcher that's impressive. Said they had a plan, stuck to it, and executed it. #Rangers https://t.co/ediJ9Iz5a5

It feels like the clubhouse’s demeanor is different now than it was even after the past two wins against Arizona and San Francisco. “For us, winning these two games, you can feel a little bit of momentum where we are starting to put things together. We have these pieces in the bullpen that are starting to come together and gain some confidence,” Joey Gallo told me after Saturday’s victory. For the first time in 2020, the Rangers are riding this momentum (an aspect Chris Woodward buys into deeply) without any halts due to off days. The question that’s next on the horizon is, how long can the team sustain it?

You love to see it. pic.twitter.com/fAikhWrHH1