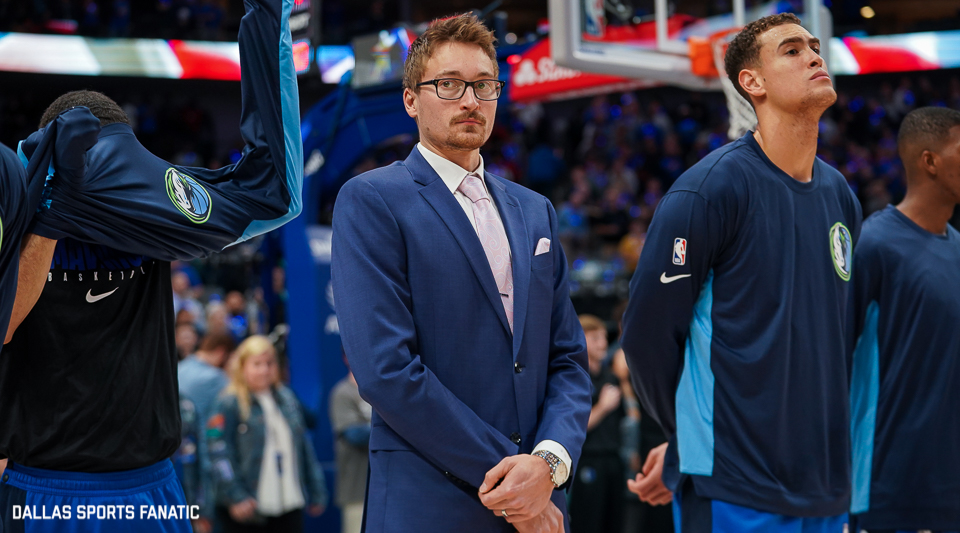 Plenty of fans were upset that the Mavericks didn’t make a move for a wing at the trade deadline last Thursday. Just five days later, they’ve done something to address this need on their roster.

The team officially announced Tuesday morning that they were waiving fan-favorite Ryan Broekhoff in order to sign the recently bought-out Michael Kidd-Gilchrist.

The Mavericks officially announce the signing of Michael Kidd-Gilchrist. MKG will wear #9 for Dallas. pic.twitter.com/QT0l9QtAaz

As noted in the press release above, the terms of the deal were not disclosed. One would have to think this is just a deal through the end of this season.

What does MKG bring to the table?
The former number two overall pick in the 2012 draft has essentially been a non-factor this season for a bad Hornets team.  It’s hard to get past that when trying to get too excited about this move, but sometimes relationships between a player and a team reach an impasse that can’t be overcome.  The Hornets have slowly been losing faith in Kidd-Gilchrist for several years as his minutes per game have gone from 29 per game in 2016-2017, down to 25 in 2017-2018, 18.4 in 2018-2019 and of course now just 13.3 per game in 13 games so far this season.

After all of that negativity, it’s important to remember that Kidd-Gilchrist is still only 26-years-old. While that’s not necessarily a young pup in today’s NBA, players can still improve parts of their game at any age.  Of course his shooting is terrible, but he’s being brought here to help a Mavericks defense that has cratered down to a season low 20th overall in Basketball Reference’s defensive rating system.

How much will he play? It seems doubtful that a guy who has played just 13  of a possible 53 Charlotte Hornets games this season will just walk right in and start playing 25-35 minutes a night. One would have to think that, until he proves he warrants more, Kidd-Gilchrist might take over the 16 minutes per game that Justin Jackson has been playing this season. With Jackson’s recent slide, he might fall into the inactive role that the now released Ryan Broekhoff was filling before the injury bug hit the Mavs in mid-December.

Goodbye to The Accountant
It’s hard to remember a guy who played as little as Ryan Broekhoff connecting with the MFFL as much as the 29-year-old Aussie. He didn’t disappoint when it came to his hyped shooting, he shot 40% from deep in his season and a half in Dallas, and one can only hope he’s able to find a roster spot on another NBA squad.

Off the court, Broekhoff was the ultimate nice guy. He shared a smile with anyone at any time, and that certainly stands out when it comes to a player’s relationship with media in the locker room.  There are no shortage of guys who will simply put their head down when they walk into the locker room and not say a word until they walk out, but Broekhoff approached things a different way.

Ultimately, it made the most financial sense to let go of Broekhoff as he had just $500K left on his expiring contract, while Courtney Lee’s salary of over $12 million this season certainly had more than that remaining and Justin Jackson has a $5 million team option for next season. While we all love Ryan, this was the right decision to make when handling what amounts to a fringe rotation spot.

Michael Kidd-Gilchrist did practice with the Mavericks on Tuesday and met with the media afterwards.

It appears that Wednesday night’s game against the Kings could serve as not only the last game before the much-needed All-Star break, but the debut of MKG and perhaps the return of Luka Doncic. Look for both of those possibilities to be confirmed around 5:45 on Wednesday night when Rick Carlisle meets with the media.