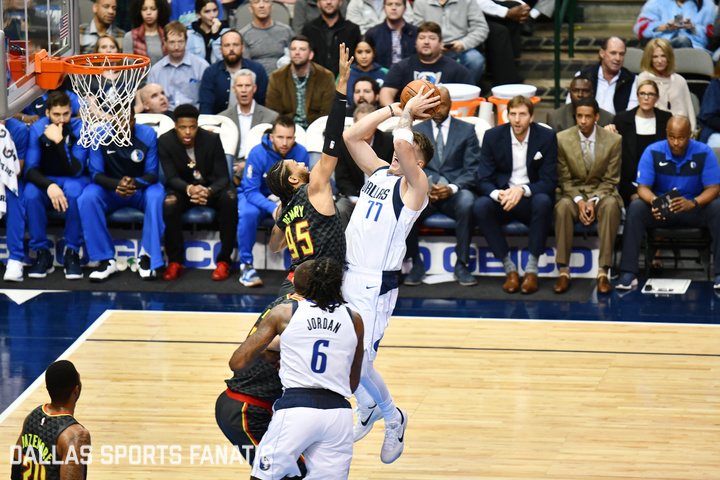 Home cookin’ has been nice for Mavs, but a road test is here

Home cookin’ has been nice for Mavs, but a road test is here

After Sunday night’s loss to the Sacramento Kings, the Mavericks fell to 16-13 on the season and their record at the American Airlines Center went to 13-3.  After splitting their first four games at home, the Mavs had 11 straight wins at the AAC before the loss Sunday night — a streak that hasn’t been met since a 23 game home win-streak happened during the 67 win 2006-2008 campaign.

Unfortunately for Dallas, 41 of their 82 games this season will be played away from home.  As impressive as their 13-3 mark at home is, their 2-10 record on the road leaves much to be desired.  The Mavericks are coming off a stretch where they played five of six games at home to start the month of December and they took advantage of that stretch going 4-2 overall and winning four out of five home games.

“Playing at home is always special for us because of the crowd.  They get us into it,” big man Maxi Kleber said before Sunday’s game.  “For some reason, we’re really good at home; but at one point, we’re going to need to transfer it to away games too.  This (the upcoming four game road trip) is a good opportunity for us.”

With Tuesday’s game in Denver starting a four game road trip, Dallas will close 2018 and open 2019 with a stretch of 10 out of 12 games on the road.

What has been troubling the team away from the homecourt? Whatever it is, the team needs to figure it out now and fix it before these next few weeks take away all of the good Mavs feelings fans have been able to have recently.

Head coach Rick Carlisle and the Mavs players don’t seem too interested in putting too much stock into whatever is ailing this team on the road.

At numerous press conferences and practice media sessions, Carlisle has tried to deflect any questions about the difference between the team’s home/road performance.  A “next question” here and a less than enlightening sentence on the subject there, the coach predictably isn’t going to give the media a bone.

Dallas’ road struggles are nothing new for the team the last few seasons– going 9-32 last season and 12-29 in 2016-2017– but the upgrade in talent on the roster this season makes it hard to figure out why the current squad is only on pace for about seven road wins this season. Things will obviously improve beyond that pace, but with the Mavericks heading out to the West coast to take on four teams in the Nuggets, Trail Blazers, Warriors and Clippers who are all ahead of them in the standings, the improvement might not come in the near future.

With Sunday’s loss, Dallas fell out of the top 8 seeds in the Western Conference.  A poor road trip could quickly have them well down towards the bottom of the conference standings, but hopefully things will not come to that.

The return of Dirk Nowitzki to the court is definitely a spirit-lifter to the team, but it comes at the same time as guards Dennis Smith Jr. and J.J. Barea missing time with injuries of their own.  Whatever it may take to improve things on the road and heal up valuable players for the Mavs, they need to find it quickly.