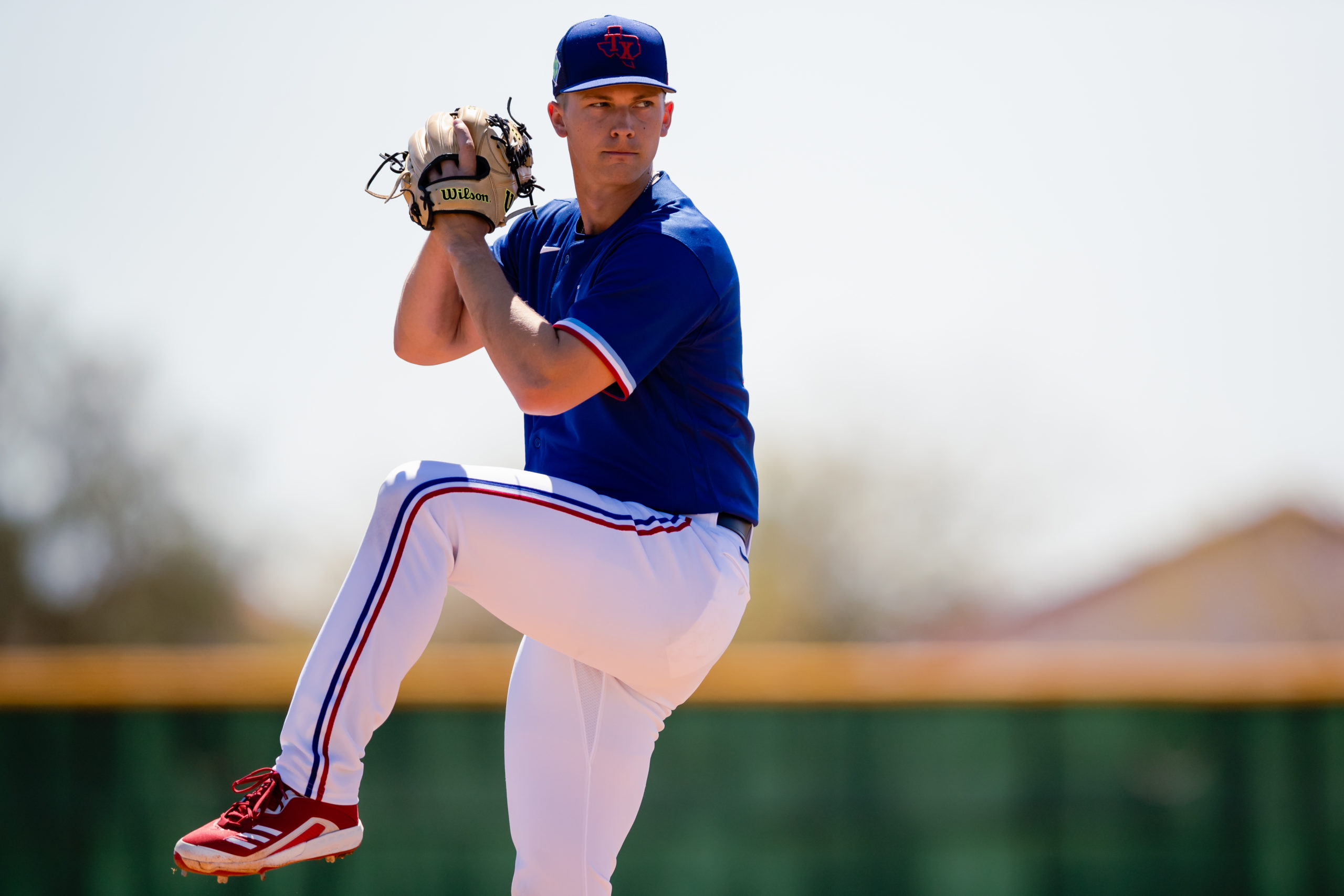 “Houston, we have a reunion” Rice Alum Glenn Otto Returns to Houston for Rangers

“Houston, we have a reunion” Rice Alum Glenn Otto Returns to Houston for Rangers

Thursday’s start against the Astros will be unique for Rangers’ starter Glenn Otto. Otto, a Spring Texas native, and Rice University alum, grew up a Houston Astros fan. “Growing up, those teams in the early 2000s, the 2005 World Series team, [and] the killer B’s,” Otto told me Tuesday. “Lots of memories watching a lot of Astros’ games [and] watching those guys, [it] definitely was a big part of my childhood.” It’ll be his fourth career start against Houston, but the first in enemy territory.

Talked to Rangers starter Glenn Otto yesterday in facing the Astros a 3rd time in his career,

"It's a fun team to face. They got good hitters and I want to compete against the best. Going to bring them everything I got."#StraightUpTX

It won’t be Glenn Otto’s first rodeo at Minute Maid Park Thursday. “We played at a college Minute Maid classic every year,” Glenn told me. “Everybody got excited for. We didn’t do too well [and] pretty sure we went 0-3 there. A couple of those got ugly.” Otto’s memory was on point during the 2016 Minute Maid Classic. Rice lost all three games (5-2 to Arkansas, 10-0 in seven innings against TCU, and 4-2 to Louisiana-Lafayette). On February 28, 2016, Glenn Otto took the mound for the Rice Owls against the Louisiana-Lafayette Ragin Cajuns, the third of the three games. He entered the game in the eighth inning for Rice starter Blake Fox (he pitched in rookie ball for the Helena Brewers in 2016 but hasn’t since then). Otto retired two in the eighth with a strikeout and fly out, then finished the ninth with two groundouts and a strikeout.” [It was] cool to play in that stadium at that time and get a little taste of it,” Otto said.
It got me thinking about the mindset of playing in a stadium that major leaguers grew up attending often. Does it add any additional pressure as they take the field the first time (or, in Otto’s case, when they return)? For Nick Solak, in 2021, he came back to Chicago and played at Guaranteed Rate Field. Solak grew up a White Sox fan and attended many Sox games though he recalled playing on the field one time. “[It] was one summer I did a baseball camp, so that was cool,” Solak said. “I never played any games in high school or anything. It was just that camp.”

The kid from the Chicago burbs, @Nick_Solak gets the @Rangers on the board with the 2-run blast to left. #StraightUpTX pic.twitter.com/9WEhCeQJPF

Solak described the feeling as calmer but still learning about how the ballpark works. “I don’t think [I had] any extra nerves, [but] it was like a weird sense of familiarity because I’ve been there so many times.” He knew about the atmosphere, where things were on the concourse and around the stadium, but it was a new experience on the field. “You get that feeling for any new park. The first day that you’re there and during BP, that’s always an important time to check out the nooks and crannies and the unique parts of the ballpark of how it plays. Whether you’re watching it from the stands or on TV until you get down there and you’re on the field, you don’t know.”

Jonah Heim had a similar experience last season too. The Rangers played a three-game series at Sahlen Field in Buffalo. While Jonah never played there, he spectated a lot growing up. Heim told me the pressure didn’t come from the stadium, but there was more incentive with friends and family in the stands. “Knowing that you’re home and knowing that you got tons of support and fans that you want to prove you belong there and that you can play there,” Jonah said. “It was more the fact that I was home and had a lot of people there.” Of course, renovations took place in the past year, and the park looked a little different from when Jonah and his friends and family would attend games, but it still had the Buffalo quirk to it. As for the pressure of the stadium, there was none of that.

When you get a base hit in your first MLB game in your hometown that doesn’t actually have a full time MLB team. Congratulations @Jonah_heim6 #StraightUpTX pic.twitter.com/d8tm5FX6xu

For Thursday’s start, the mentality is another day at the office for “Glotto” (Glenn Otto). “[It’s] just another game,” Otto said. “[I’m] going to go out there and execute my game, use my stuff to attack those guys, and worry about executing the next pitch.” It’s the same mentality Otto uses throughout 2022, and it propelled him to a nice outing the last time he faced the Astros. One thing is for sure, representation from the Otto family will be a Minute Maid Park. “There’ll be a lot of friends and family in attendance,” Otto said. “I’m sure some people I haven’t heard from in a long time [and] a lot of people who have been a part of the journey that have been able to witness the ups and downs along the way. [It’s] cool to come full circle for sure.”