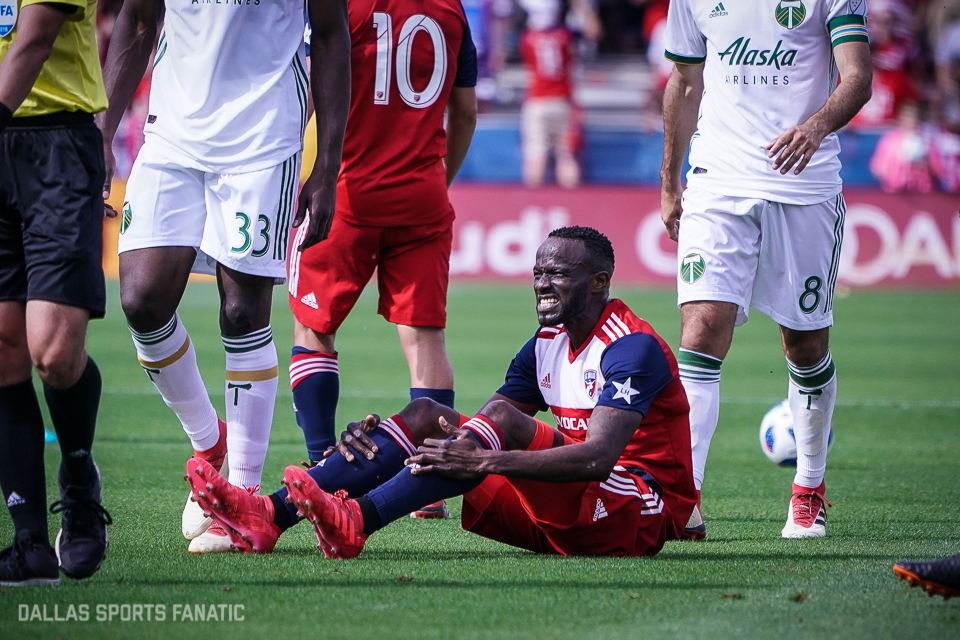 How is FC Dallas Looking?

How is FC Dallas Looking?

FC Dallas is looking primed and ready to cruise to the playoffs. Are they really though?

The MLS season is entering it’s final third, which is usually the time teams begin to ramp up performances and streaks. July also ushers in the Summer Transfer Window, which helps place key pieces in teams for their runs into the playoffs. FC Dallas is no exception, as multiple inbound and outbound moves have been this past month alone.

FCD currently sit atop the West with 39 points, and third in overall standings for the Supporters Shield behind heavyweights New York City FC and Atlanta United. At a glance, this is a good position to be in for Dallas who are 4 points clear of newcomers Los Angeles Football Club, especially with playoff aspirations.

Seemingly having dismissed the infamous tradition of the summer slump, FC Dallas has a chip on their shoulder to not repeat the epic collapse of 2017.

On the surface, the recent departures of playmaker Mauro Diaz and homegrown star Kellyn Acosta, is a head-scratcher. The names alone brought crowds, local pride, and jersey sales. However, many agree that it was time to move for and from Mauro. Acosta needed a scenery change after a discouraging 2018 campaign that had him sidelined at the beginning due to injury. FC Dallas had relied heavily on Diaz’ magic on the field. They became predictable on the attack and forcing a commitment to a 4-2-3-1 formation. Acosta’s legs looked heavy and uninspired. It did not help his cause to break back into the US squad. FC Dallas has been about re-invention in 2018, epitomized by these two trades.

Enter Pablo Aranguiz. The young Chilean is the heir apparent to Mauro Diaz, but possibly brings a bit more to the table than the Argentine. The acquisition of Aranguiz is your bread-and-butter FCD pick-up. “El Principito” hails from South America with a large ceiling and national team aspirations. Pablo is said to be more flexible in his attacking role, though, and plays on the wings as well. In his first interview with FC Dallas, he describes himself as a “difference-maker” and dominant on the ball. His Youtube highlights and recent compilation from FCD echo those words.

In the midst of the trades, Dallas acquired young Senegalese forward Dominique Badji from the Colorado Rapids in the trade with Acosta. While probably not the answer for Dallas’ lack of dominating performances and goals, Badji brings more firepower to an attack that tries to kill with counters and crosses. Most notably, the trade brings in an international spot. This would allow Dallas to bring in another international player should Badji not count as one with a pending Green Card.

The hesitation with these players is that these a mid-season gets, and FC Dallas has a poor track record with them. The only exception? Mauro Diaz.

One would think that FC Dallas is set sitting at #1. It’s hard to be too cynical with the standings but the on-field product is lacking at times. Midfielder Roland Lamah is currently the top-scorer for the team, which is the exact reason Dallas needs to add depth to the attack. Lamah encapsulates the inconsistency of the team, who tend to grid out results rather than dominating opponents. Arguably, the most convincing win was at the beginning of the season versus a depleted Sounders. Looking at the season wins, multiple games have been close, decided by a single goal.

Dallas need to find that cohesion and killer instinct they so desperately need.

Maybe Dallas pulls it off in the end, maybe another collapse is in store. The recent acquisitions give fans hope that maybe things will be different. There’s hope that it breaks the stigmas of years past. For the love of Toja though, please get us that dominant forward. We need goals for the highlight reel.