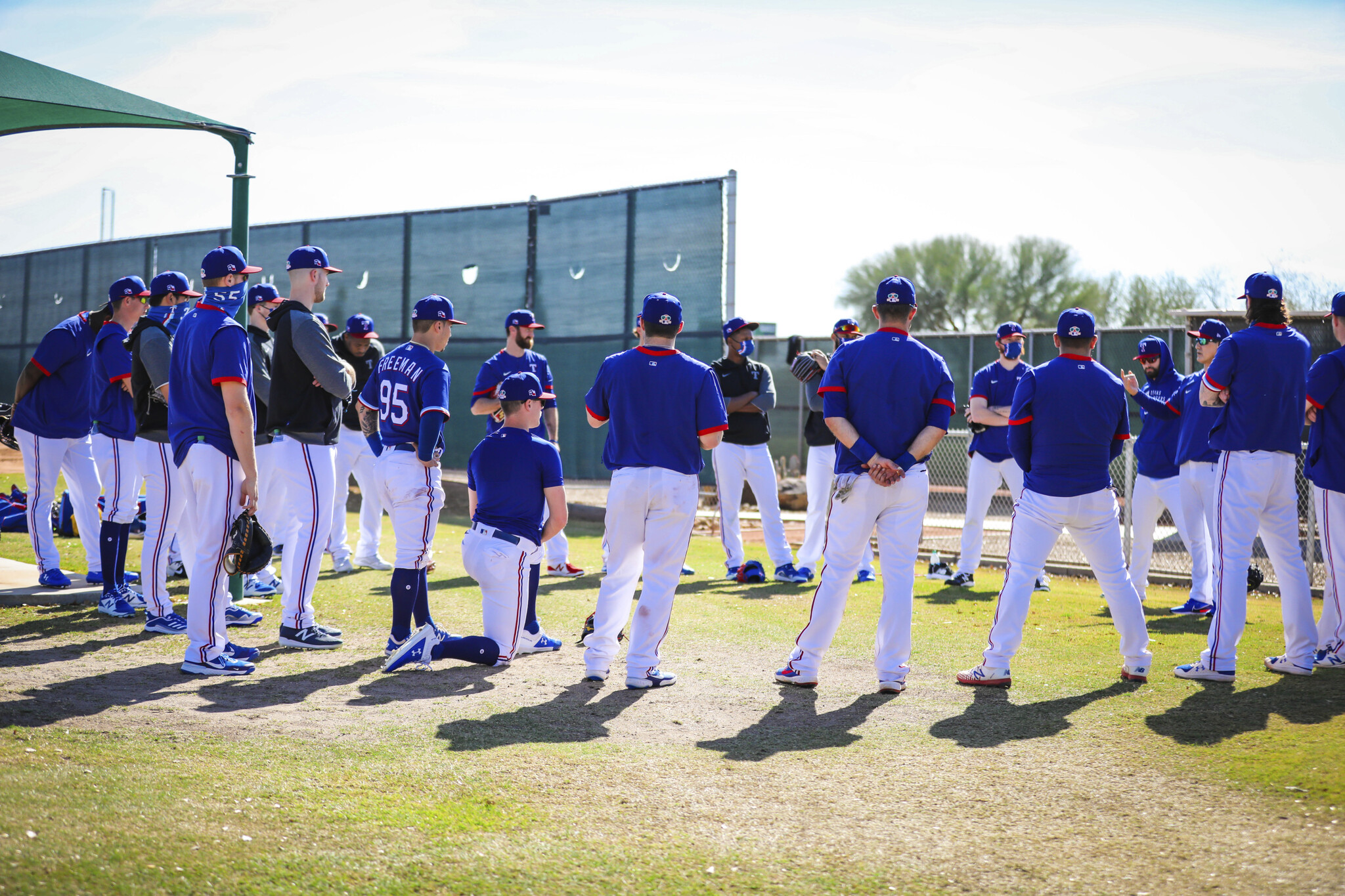 Kyle Cody is an exciting piece into the Rangers’ pitching staff. Cody got his first action in the big leagues in 2020 while not stepping onto a double-A or triple-A field. You could say that he was one of the beneficiaries of the 2020 situation with no minor league baseball and just an alternate training site. Cody’s 2018 and 2019 seasons were non-existent due to elbow inflammation that resulted in Tommy John surgery. Kyle spent 2019 recovering and did not pitch. Kyle got his first look at the majors on August 21 in Seattle. He threw 13 pitches, striking out the side in the eighth. Cody finished the 2020 season allowing four earned runs in 22⅔ innings.

First MLB punchout! Thank you so much to everyone who has reached out and stay in my corner throughout this journey!! #justthebeginning pic.twitter.com/nwFQkxXvTU

Kyle Cody possesses an electric fastball and has sinking action on it. The pitch ranges from 95 to 97 MPH. Cody also utilizes a nasty slider and does have a changeup he uses occasionally. Rangers’ manager Chris Woodward raved a lot about what Cody brought to the Rangers in 2020, but more importantly, he mentioned his mentality. “Everything he does has a purpose. Nothing really shook this guy.” Woodward stated that he sees a different Kyle Cody when he does his bullpen sessions. “There’s a different look in his eyes,” Woody said. Kyle meantime took 2020 as a stepping stone for him competing in the majors. “I took last year as a big confidence boost. It was like proving me that I am good enough to pitch in the big leagues,” Kyle said.

Now that 2021 is here, Cody is in the mix of multiple options to gain a rotation or semi-rotation spot. The Rangers’ off days aren’t as frequent compared to past years. In 2021, the club has two off days in the first three weeks of the season (this includes the day after opening day). The lean looks towards a six-man rotation aids with Kohei Arihara used to pitch with an extra day of rest than the traditional MLB starter. The club has also implemented innings limits on certain guys, Cody included, easing more gradually considering the lack of in-game work in 2020.

Congrats to @kylecody10 for striking out the side in his MLB debut last night, including the 7th wildest swing of the year.

How Cody can fit into the Rotation

Well, I’d say Kyle Cody is a front-runner for a piggyback spot. The Rangers have many options to combine with Cody, but I think adding a lefty like Taylor Hearn would fight fire with fire. The club could also go with Kolby Allard to change pitching styles and have Cody come in after Allard. All of that said, I think Kyle Cody is in an excellent position to make the club and pitch in the home opening series against the Blue Jays in April. A positive note is that Cody’s last three outings of 2020 had him at 60 or more pitches, and in his last two outings of the season, he threw five innings.

Kyle Cody is also becoming a role model among the young pitchers in the organization. Cody talked about how a few friends from college reached out for advice on the road to the big leagues coming off Tommy John Surgery. He told me that a few Rangers pitchers going through the same thing came to him for advice. “In that spot where I was, any little thing helped me get through that week or that month, and being a bright spot for guys who are in that moment right now is something that I always will be there and help out with,” Kyle told me. Cody’s future looks bright and has wedding bells as well. Yea, sorry ladies, Kyle Cody, is off the market as he and his now-fiancée, Courtney, are engaged. Kyle is winning on and off the field.