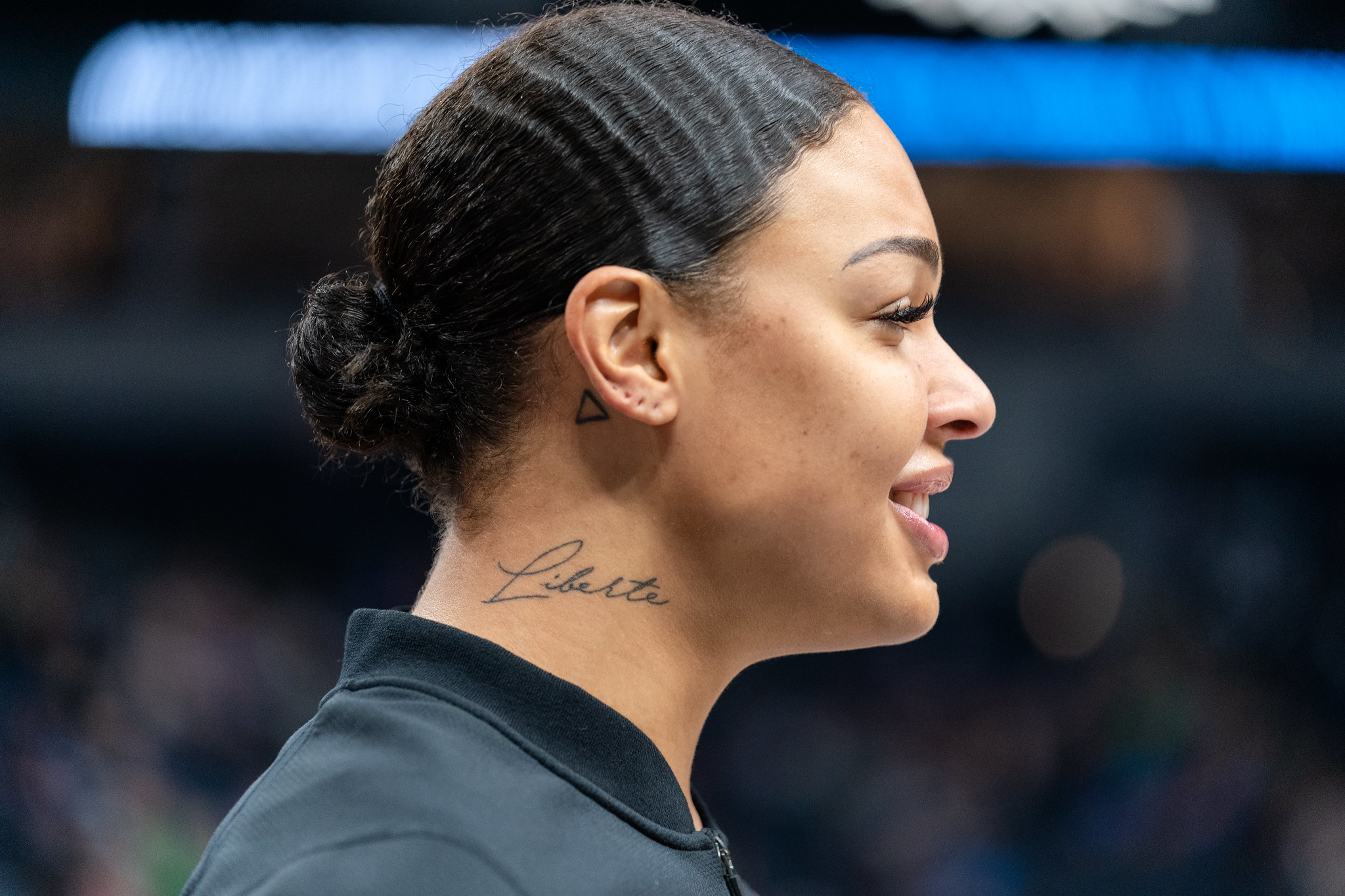 At the hands of last season’s leading scorer, Liz Cambage and the Las Vegas Aces deep lineup set the Dallas Wings back once again with a triumphant 86-68 win.

Without Cambage in the lineup the Wings (3-5) have struggled to score the ball, averaging the league’s worst output with 68.1 points per game. The Wings’ new, smaller lineup has turned the ball over far too many times. Conceding 11 extra possessions to the Aces on Saturday, the league’s best rebounding team, was a recipe for humility as Dallas allowed a season high in points.

Shooting four of nine from the field, I turned on the game tape to see how Cambage’s field goals highlighted some recurring issues for the Wings against bigger players this season.

On this first play, Cambage is the recipient of a great pass off the screen and roll from Tamera Young. When the ball goes into the corner, Wings rookie Megan Gustafson is expecting a post entry for Cambage on the low block. Once the screen is set, it appears that Gustafson was expecting a switch, instead seeing Allisha Gray get lost on the play. Gray’s lack of ball pressure makes this an easy play for the Aces to pad their lead.

This next clip is a solid example of how dominant the Aces lineup can be, again taking advantage of some poor fundamentals by Dallas. Finding more than enough space to work with down low, Cambage receives an easy post entry and immediately turns to her dominant hand. On the weak side of this play, A’ja Wilson occupies any potential help defense on Cambage’s shot by diving to the basket and sealing her defender. The Wings allowed the Aces to dictate the style of this game on their home court throughout the evening, which is the main reason they’ll return home with their win streak severed.

With the Aces already up double figures late in the third quarter, this play sums up the type of night it was for the Wings on Saturday. Off a turnover, the Wings fail to come up with a loose ball that ends up in the hands of — who else but — Cambage. Showing off the range that has her at 14.4 points per game this season, Cambage knocks down a long, uncontested jump shot.

This last play also shows off Cambage’s range, and is another tightly executed set by the Aces to end a quarter. The Wings were still in the game at this point, making this an important play. The Wings’ face guard at the top of the key allows this play to get in motion. Caught trailing the screen, this entry pass is made despite a lot of traffic because of how far Gustafson was asked to recover on the ball. Cambage being the only player not in motion for the Aces, the ball finds her in stride for an elbow jump shot that Dallas knew was going in.

The Wings have to clean up these defensive lapses if they hope to regain momentum off previous home wins against the Mercury and Dream. The 61 and 54 points allowed by the Wings in those games are the fewest they’ve given up all season, giving their young scorers a chance to stay in the game.

For the Wings in Vegas, rookie Arike Ogunbowale lead the team with 25 points. Kayla Thornton added four points with 10 rebounds, while Azura Stevens and Gustafson each grabbed eight boards. The Wings did outscore the Aces 16-15 in the fourth quarter.

The Wings will be in action again on Wednesday 26th at College Park Center against the Connecticut Sun. Leading the league at 9-2, both Suns losses have come on the road. If the Wings can put their latest setback at the hands of Cambage and the Aces behind them, they can put up a fight against the best in the WNBA when Jonquel Jones and Shekinna Stricklen come to town.