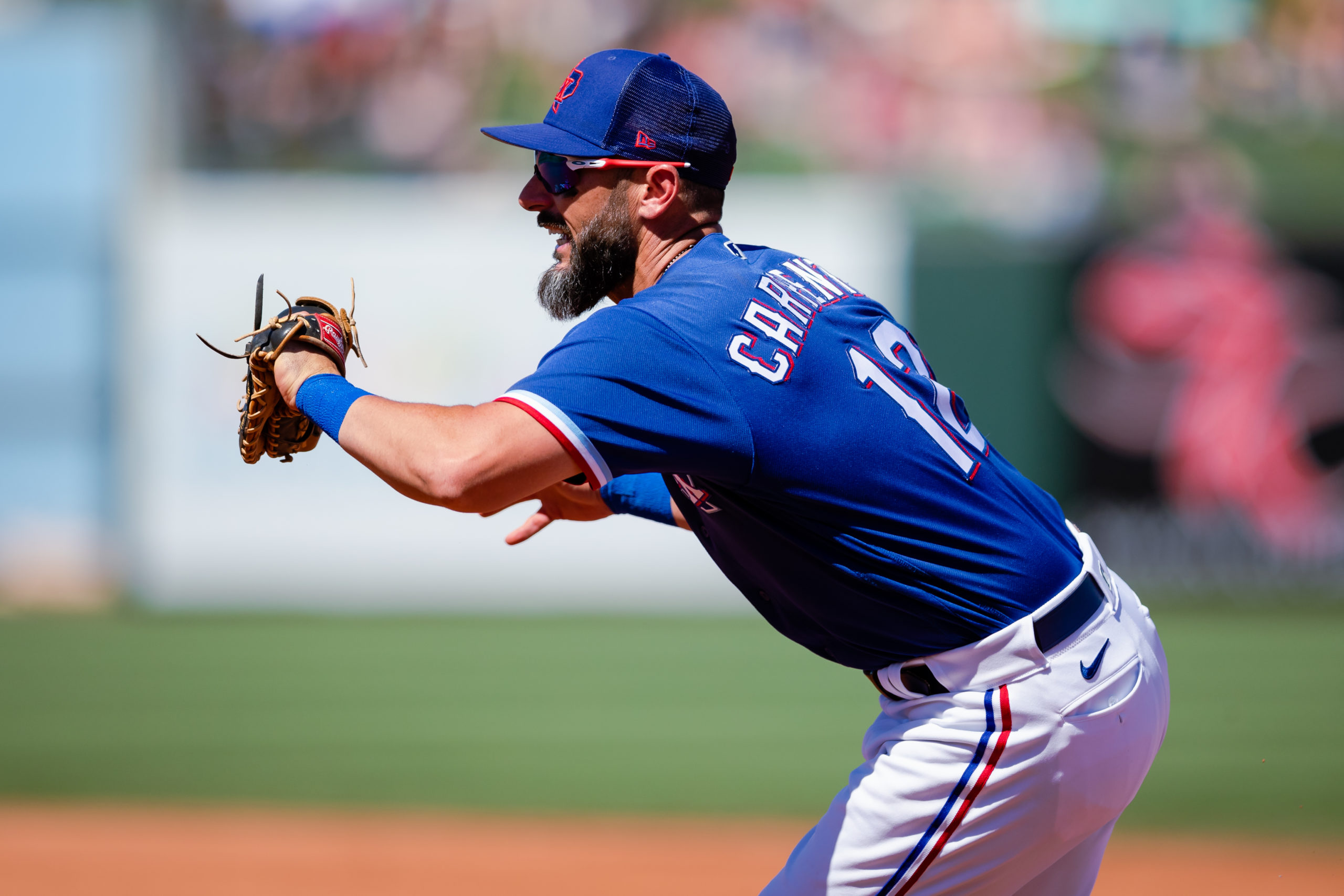 How longtime veteran Matt Carpenter is impacting the Rangers clubhouse

How longtime veteran Matt Carpenter is impacting the Rangers clubhouse

“There’s a special quality to him that’s been a pleasure to have.” Those were the words Rangers’ manager Chris Woodward used to describe the impact longtime St. Louis Cardinal Matt Carpenter has had only a few weeks into camp. The Rangers signed Carpenter to a minor league deal less than two weeks ago. Matt is 36 and spent 11 different seasons with the Cardinals, including three All-Star game appearances. “He signs a minor league deal with no real guarantee or almost a less of a guarantee to make the team, and he comes in excited [with] a smile on his face [and] can’t wait to get to work,” Woodward said. “[The] second or third day, he’s already out there.”

Carpenter himself says he feels like he’s seeing the ball and is in a good spot, but the shift away from St. Louis and to the Rangers clubhouse has been a good chance of scenery for Matt. While the veterans always impact the younger players, it’s a vice-versa effect on the veterans. “It’s always good to be around young players,” Carpenter told me. “To feel the hunger they have and the excitement they have to come to the ballpark every day, I remember those days, and I hope I’m having an impact on them.” Matt Carpenter told me the first thing he did when he came to the Rangers was congratulate Adolis García on his 2021 campaign (Adolis was in the Cardinals system for three seasons). “It’s great to see [Adolis],” Carpenter told me. “I’m happy for him.” 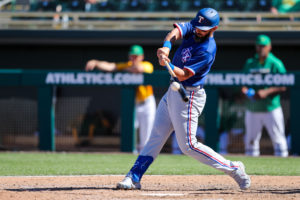 The impact in nine days already got the attention of the coaching staff, and he is not only working to improve himself but installing his leadership among his peers. “[He’s] talking in our baserunning session during groups,” Woodward told me. “[Carpenter] is bringing up stories about how important it is, backing up everything we talked about. I see him interacting with our strength coaches. He’s the first guy there every day. You can’t ask for more.” Rangers players who have been with the club for a few years but are still on the younger side are noticing the impact too. “He’s had a lot of success in this game over a long period of time, so it’s pretty cool to watch him go about his business, how he prepares, and how hard he works in the cages,” Nick Solak told me.

“He’s a positive light to have in the clubhouse and a good mind to have around too,” Charlie Culberson told me. “I think that can only help this club out.” Culberson and Carpenter are two guys that have gotten to play against one other on the big stages in the National League. “I know it’s special for him to come back and be at home,” Charlie said. “I’m excited to continue to get to know him, learn from him, [and] talk about adjustments that we have to make.”

Throughout the rebuilding process in the organization, culture is the key to the Rangers’ strive. Who fits into the culture? Which players will install that culture to the younger core? Finally, which veteran players instill leadership on and off the field? Matt Carpenter checked all three of those boxes. “You can’t ask for more from a guy who has been guaranteed nothing,” Woodward emphasized. “I’ve been impressed. [Matt] fits right into the culture, but he didn’t have to do any of that.” Some situations afloat the past week where Carpenter has been a backup on the road (which is rare for a ten-year veteran) or given Matt an option to go to the backfields to get at-bats. When asking Carpenter to either go to the backfield or backup, Woody told me Matt’s response is a “whatever you want” reply. “[It’s] something you don’t see,” Woodward said. 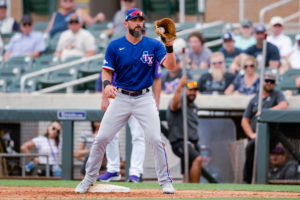 “I feel like this is shaping up to be a good season for this group, and I’m excited to be a part of it. Hopefully, I can have some impact and get an opportunity.” Matt Carpenter’s minor league contract comes with a two-million incentive if he makes the club. Carpenter, who grew up a Rangers fan, has been to the new park but hasn’t played there. “Living in Texas my whole life and living in Fort Worth watching the Rangers from afar, [and] to get to be a part of it is pretty neat,” the TCU alum told me. As for what he remembers about the old park? “I came to watch Cal Ripken [Jr.] play during his streak.”

The likelihood of Matt Carpenter starting the season on the big league roster is low. He drove in a run on Sunday in the Rangers’ 13-0 win over the Diamondbacks. However, the club kept two long-time veterans on the roster in 2021 (Charlie Culberson and Brock Holt). The leadership inside the clubhouse and success in his career may earn him a spot on the roster. The good news is that there’s still a week left to make that decision. The signs point to Carpenter starting in AAA Round Rock.