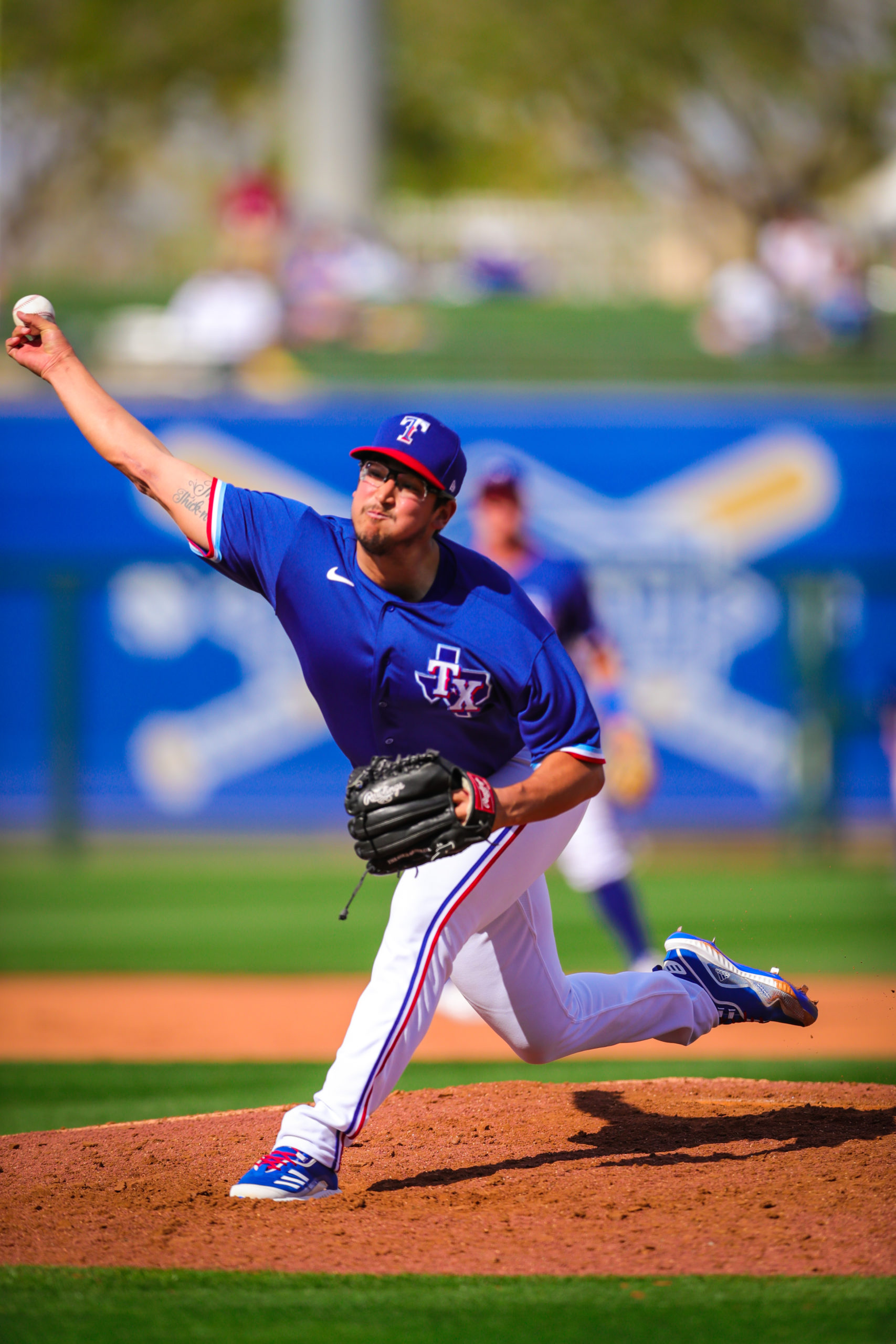 Looking across the Rangers rotation, Dane Dunning is becoming the team’s most consistent starter in 2021. He’s top five in the majors in games started by a rookie and about to hit the one hundred inning mark Friday in Boston. It’s Dane’s first full season in the major leagues (like many other guys on the active roster), and for him, the past four-plus months flew by.

“I’ve been having a lot of fun, and I’ve been learning a lot, so I guess it’s good to have fun doing what you love,” Dane told me. However, there is one thing Dunning would like to do, and that’s be a position player and play every day.

“I mean, I’m super jealous. I wish I could go out there every single day and play,” Dunning told me Wednesday. “I love playing the field every day [and] I love getting to hit every day.” Back at Clay High School (Dane’s high school), Dunning was a shortstop and played a little during his time at the University of Florida. However, Dane never got live pitching at-bats in college or logged an inning at short. It’s hard to knock on a successful pitcher in the big leagues, but why didn’t Dane pursue as a position player? “When I was younger, I couldn’t. I didn’t grow into my body yet, so I didn’t have the power, I didn’t have the speed that everybody else had at college, and I was behind. I saw the picture at the end of the tunnel where playing the field wasn’t going to be it for me.”

Playing the field is still an aspect of the game that Dunning likes to do, despite not getting a chance. “I’ve always loved taking ground balls, and I power shag every day because it’s easy cardio, and two, it’s fun tracking down fly balls.” Unfortunately, the following CBA agreement talks are eliminating the pitchers’ spot in the National League and creating a universal designated hitter. While it’ll be disappointing, Dane’s focus will remain on pitching. “Ultimately, my job is to pitch, so if [pitchers hitting] goes away, it’s not going to be terrible, but it’ll be a little less fun,” Dane told me.

It also means no more ribeye steak dinners provided by his dad, which was promised to Dane if he got his first big league hit on June 1st in Denver. Dane remains the only Rangers pitcher with a hit in 2021 (Charlie Culberson and Brock Holt do not count). “I get it, some pitchers [are] out there, they focus on pitching [and] they don’t care about their bat,” Dane said. “They’ll take pitches left and right, and I get that point. At the same time, it’s the stories where pitchers are getting hits and things like that will disappear.”

While Dunning only missed one start due to an ankle injury, the plan is to pull back his outing for the final forty-five days of the season. “They have a limit that they have to put me on, and they’ve guided me to it because this year is to get me ready for the next season,” Dunning said. Dane also said that during each start, he doesn’t want to know the in-game pitch count. “I guess that’s just coming back from my dad,” Dane told me.

It’s a mindset of taking one pitch at a time. “I personally don’t like knowing the pitch count because I want to be focused on the situation on hand and the batter that I have, and not thinking I need a nine-pitch inning or anything like that, which I fully believe I could do,” Dunning said. However, the mentality doesn’t entirely block out that sense that the end of the night is near. “Through the season, I got a rough feel of I know it’s coming near now,” Dane said. I don’t suspect the Rangers will shut Dane down. Just limit his outings to around three innings likely, keeping that game schedule intact.

As for Dane Dunning becoming a two-way player? Don’t count on it. “I mean, if the Rangers are open to letting me hit, I would not say otherwise,” Dunning laughed. “Let’s be honest. They probably won’t. I do have a .333 batting average this year.” His .333 average leads all of the Rangers among any player that has at least one at-bat.