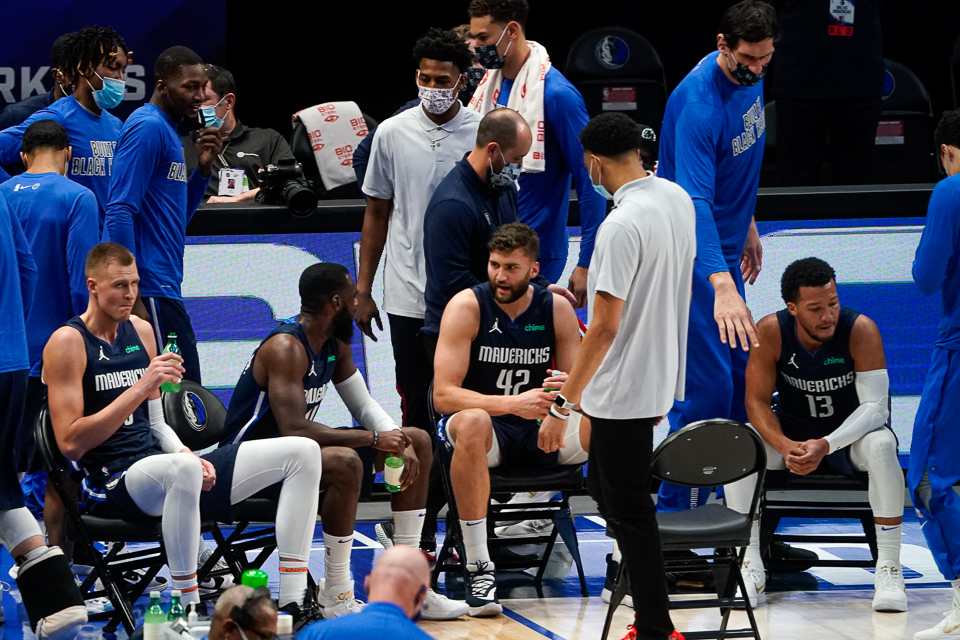 How the Mavericks can return to the win column tonight

How the Mavericks can return to the win column tonight

The Mavericks will win a basketball game tonight.

That’s something that I’ve tweeted before the last two games against Phoenix.

Both my attempts to will the Mavs to a ‘W’ was a failure.

The Mavericks did not win a basketball game tonight. https://t.co/iYGCbVJosb

But tonight? Tonight is the night.

The Mavericks (8-13) find themselves in Atlanta to take on Trae Young and the Hawks (10-10). Losers of six (six!) straight games, tonight feels desperate for Dallas. A must-win in a team’s 22nd game of the year may seem a little farfetched but for the Mavericks, needing this win is nothing short of the truth. They NEED it.

But, how? How do they get that done after losing six-straight? What will make tonight different?

Rebounding. The Mavericks must rebound tonight.

With the likes of Clint Capela (14.4 rpg) and John Collins (7.7 rpg). the Mavericks have to compete on the glass for every single rebound.

Luka will surely have rebounds fall into his lap per usual but it’s the big men that I’m referencing here. Kristaps Porzingis, Willie Cauley-Stein, and Maxi Kleber must attack the glass in order to avoid a seventh-straight loss. Boxing out and putting a body on Capela every time the ball is in the air will be the key to the game.

It’s no secret that Dallas ranks last in league in three point shooting. The Mavericks only have four players shooting above 32% from deep (Kleber, Burke, Brunson, & THJ) so far this season. Last season? The Mavs had 11.

With as many good looks as these guys are getting off passes from Luka, you have to feel that the team will come around and shots will start to fall at a higher clip, so why not start that tonight?

Luka’s struggles from deep are evident but it’s his so-called “shooters” that need to start seeing shots fall from deep the most. The likes of KP, J-Rich, Hardaway Jr., Dorian Finney-Smith, and Maxi Kleber all need to have their snipers fully-loaded and ready to fire tonight.

In Monday’s game against the Suns, we saw the type of production from role players that the Mavericks have needed during this losing streak. 53 points combined from Richardson, Hardaway Jr., and Jalen Brunson as well as 19 from Porzingis makes for a solid showing.

But it wasn’t quite enough.

If the Mavericks can get a similar production every night from those group of guys, including a few hits from downtown from Finney-Smith and Kleber, the Dallas offense will be right where it needs to be.

The Mavs and Hawks tip-off tonight in Atlanta at 6:30PM on FSSW.