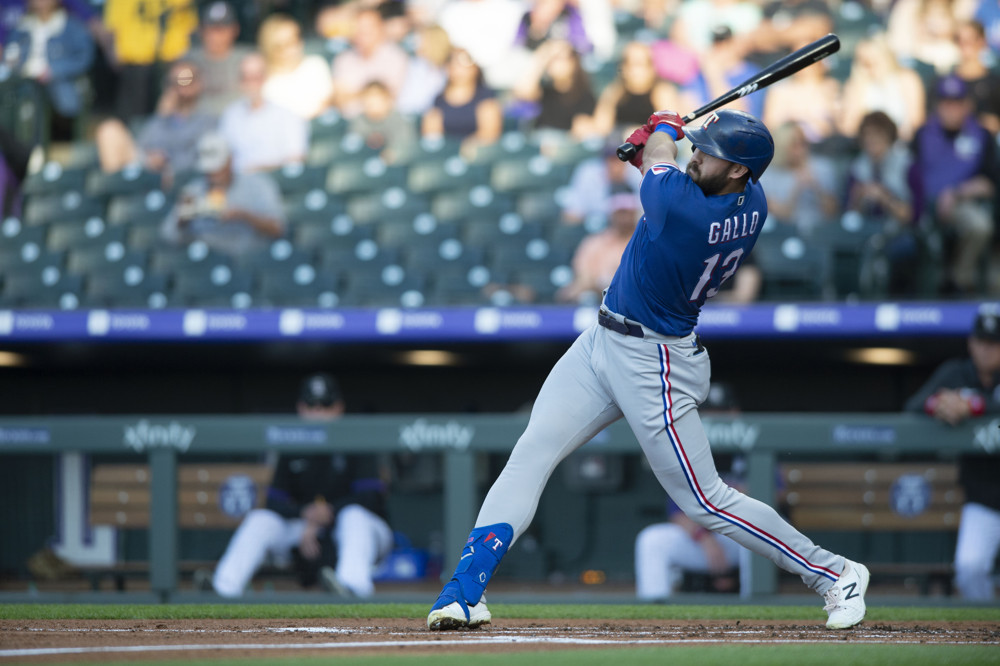 Before you express a pure sense of negativity, remember the initial question, “What’s the goal of 2021?”

The Rangers wanted to develop their youth within the organization while getting some of their young big leaguers experience. When you deep dive into Texas’ 2021 season, it’s moving in the right direction.

“Internally, yes,” Rangers manager Chris Woodward told me in asking if the club met Spring Training expectations. “Record-wise, I’d love to have won more games. We were in position to win more games than we have, and that’s something we’re going to have to learn how to do.” Woodward talked about the no-quit attitude and the receptiveness among the players, staff, and everyone within the organization. “Players have accepted all of the criticism. They’ve accepted the feedback we’ve given them. We’ve seen improvement even in dire circumstances at times where we got overwhelmed by trying to win a game. Their commitment every day, their attitude every day, we’re going to be better for it.”

Yes, the win/loss expectation bar is set low, and the team heads to Buffalo twenty games under .500. There’s no sugar-coating it. Fans want to see production through victories. “We do have to improve,” Woodward told me. “There are a lot of things that we have to improve on, and [the players] know that.”

The Rangers drafted well, including securing their coveted top pick in Jack Leiter on Sunday (hoping to sign him soon). Unfortunately, consistency is what hurt the Rangers in 2021. There were two significant bumps in the road (no pun intended) where the club hadn’t recovered. The question now is what the players have learned from the first ninety games of the season.

The deadline is approaching fast and furious while two prominent names pop up. It’s apparent Kyle Gibson will wear another uniform on July 31st, especially posting up one of the better pre-All-Star break performances in the American League. Ian Kennedy is a hot target knocking fifteen saves in sixteen opportunities. Any suitor club in baseball covets a veteran relief pitcher who has both starting and closing experience. Therefore, I expect the Rangers to get multiple small offers for Kennedy.

Joey Gallo is the hot topic of the deadline, again. As of now, no extension talks have surfaced between the Rangers and Gallo, and I’m not sure if that’s due to the Rangers already knowing what they want to do or if they are scouting how the deadline is going to shape up. A criticism of last year’s deadline was the Rangers asked too much for Lance Lynn and Joey Gallo; thus, both Gallo and Lynn stayed in Texas. However, do the Rangers up that value due to Gallo’s 2021 success? Joey made it clear to the media, fans, organization, and even his agent Scott Boras that he wants to stay with the Rangers. That’s rare to witness considering other gifts Boras has produced for his clients in free agency.

With all of that said, how do the Rangers play this? Will Texas set the opening bid for Joey Gallo and not go lower? Are they adamant about trading Joey? The consensus from the outside appears that Gallo doesn’t make it to August with Texas, but then again, we all said Lance Lynn wouldn’t make it to September 2020 with the Rangers. I can assure you that by four o’clock central time on July 30th, if Joey Gallo is still a Texas Ranger, an extension will happen. That’s the only guarantee I have.

The Rangers have decisions to look at for other young players. For example, they try to find out what they have in guys like Andy Ibáñez, Jason Martin and even give current AAA first baseman Curtis Terry a shot. That means expect someone like Brock Holt or a Charlie Culberson to ship away in a package. Culberson signed on a minor league deal while Holt signed on a one-year contract. It’ll be a small trade, but the Rangers will at least get something out of respectable production from two utility veterans.