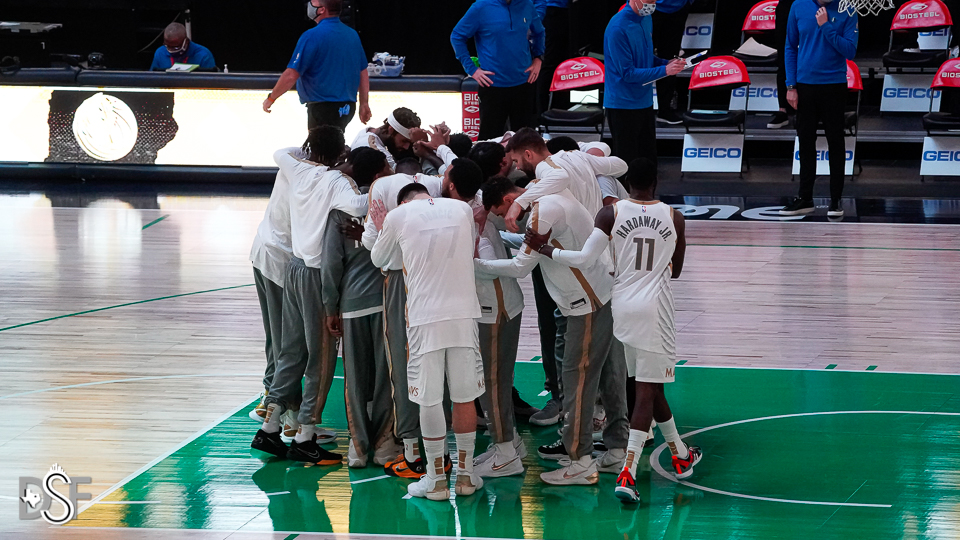 How will the Mavericks be affected by the loss of three players due to COVID?

How will the Mavericks be affected by the loss of three players due to COVID?

The Dallas Mavericks will be without three key rotation players on Saturday at home against the Orlando Magic, “due to the league’s health and safety protocols,” Marc Stein tweeted Friday evening.

It has been reported by Shams Charania via Twitter that there has only been one positive test within the group of three, but has yet to be named. The other two players who posted negatives will stay in Denver to quarantine.

Dallas will be forced to play without the two players who tested negative for seven days while under quarantine, and likely won’t see whoever tested positive for at least two weeks, per NBA guidelines.

The Mavs’ depth will be tested over the next week, seeing the Magic then the Pelicans at home, followed by a road trip beginning with the Hornets and the Bucks next in line.

Once seeming like a redundant piece in the offseason acquisitions, guard Trey Burke’s impact will be crucial as he will now see an enormous opportunity with the potential to seize a sizable role in the backcourt rotation moving forward.

Expect to see some court time for the rookies as Josh Green will likely receive more run with the wing corps being hit particularly hard and Tyrell Terry’s catch-and-shoot prowess may be called upon without established snipers on the floor aside from Tim Hardaway Jr.