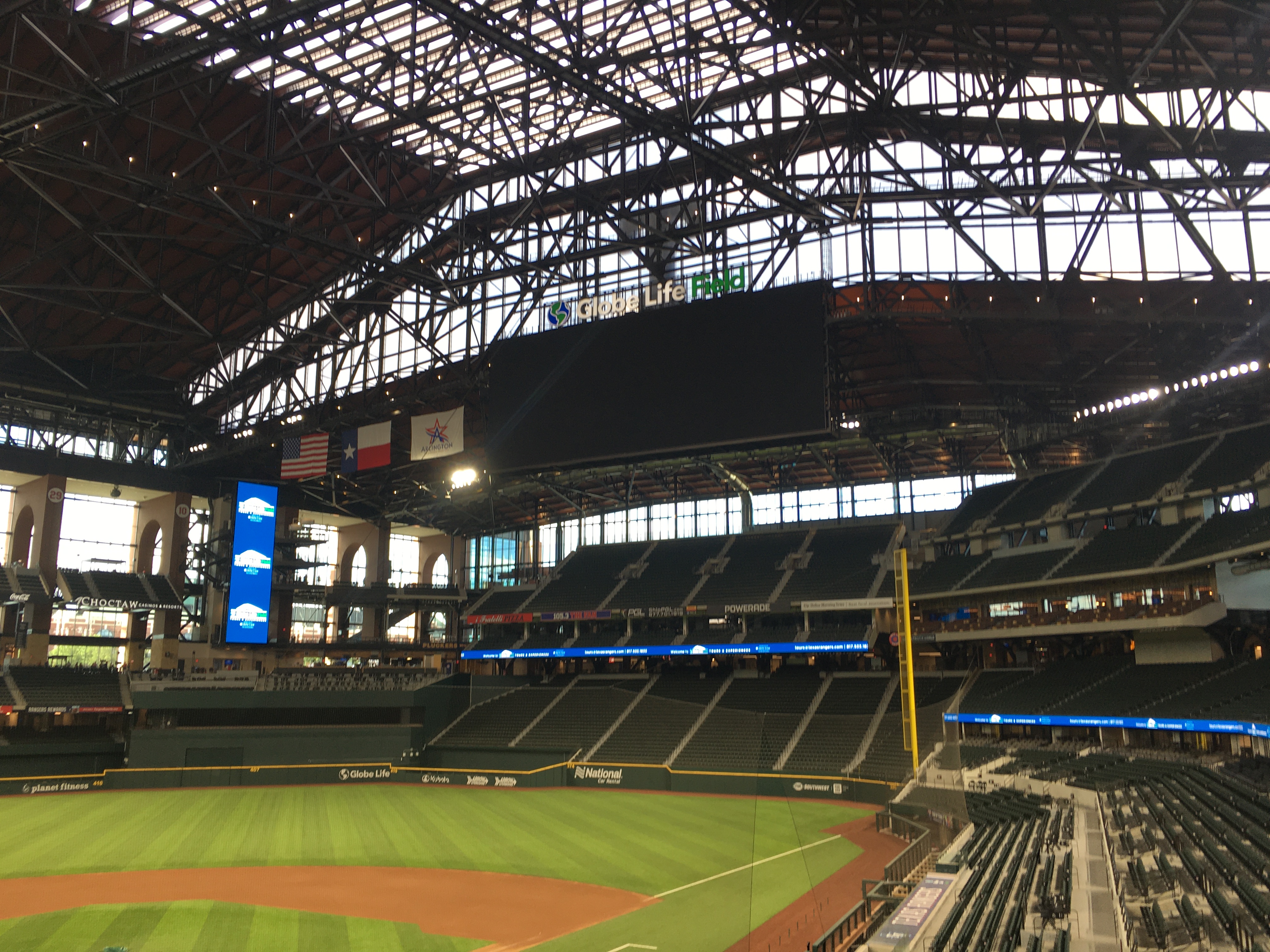 How will the Rangers handle attendance in 2021 with Spring Training and the season approaching?

How will the Rangers handle attendance in 2021 with Spring Training and the season approaching?

Rumors are soaring around about how the 2021 regular season and even Spring Training 2021 will be handling attendance at parks. The consensus is that everything is on schedule, but will parks allow fans to come on opening day? It becomes an interesting topic, especially for the Rangers.

The Texas Rangers were the only MLB club to host fans in 2020. Globe Life Field welcomed thirteen games worth of fans accumulating about 140,000 fans in the back half of October. If we expand outside MLB, AT&T Stadium averaged 28,000 fans in their eight home games (almost twice as much as the second-highest average, Jacksonville). It was an intriguing circumstance considering the Cowboys hosted two regular-season games with fans while Globe Life Field was empty in September.

This is crazy and not crazy. Cowboys averaged 27,300 in home games. Next up is the Jaguars who averaged 11,400 less than Dallas. pic.twitter.com/U891gYXHjY

While MLB has not announced anything, the rumor swirling is that Spring Training in Arizona and Florida will allow fans, but with some restrictions. It’s looking like the same thing for other MLB parks. Heck, the Rangers may see some seats filled on MLB’s traditional opening day, April 1st, when the club goes to Kansas City. It would be a breath of fresh air considering only three teams played with fans in 2020. In talking with Wes Benjamin last week, he mentioned distinct adrenaline that kicks in for players when they play in front of a crowd, answering possible struggles for players in 2020.

The Rangers announced that Globe Life Field would host a round-robin college baseball tournament next month between the Big 12 and SEC. The schools include Texas Tech, TCU, Texas, Ole Miss, Mississippi State, and Arkansas. The organization announced a 14k to 15k capacity, which adds clarity to if fans can enjoy April 5th home opener, but again, will MLB put a restriction to create an even playing field?

It’s doubtful all thirty clubs will have fans in the stands, especially with all the California restrictions. However, I expect MLB to “go by your state guidelines” for 2021 regarding attendance. That said, 15k-20k will likely be the limit (at least to start the season). Going further down the road, I would expect the capacity to extend until eventually allowing the stadium packed slowly. Is it the right decision? Well, it depends on the perspective you’re asking.

Is there a possibility of a season delay? Of course there is, but I don’t see that happening. At the very least, MLB has a backup plan in place (using 2020 whereabouts as a blueprint), and while that was a flawed solution, twenty-eight of the thirty clubs made it to the end finishing with every single game played. That said, I do expect the taxi squad process to remain in place, with teams able to carry emergency players on their road trips until probably the end of the season and similar protocols in place. Unfortunately, this means being up close with your favorite Rangers will remain unlikely. The fact that we’re even discussing an on-time and no delay start for baseball is a breath of fresh air in a year where we all need a lot of those.