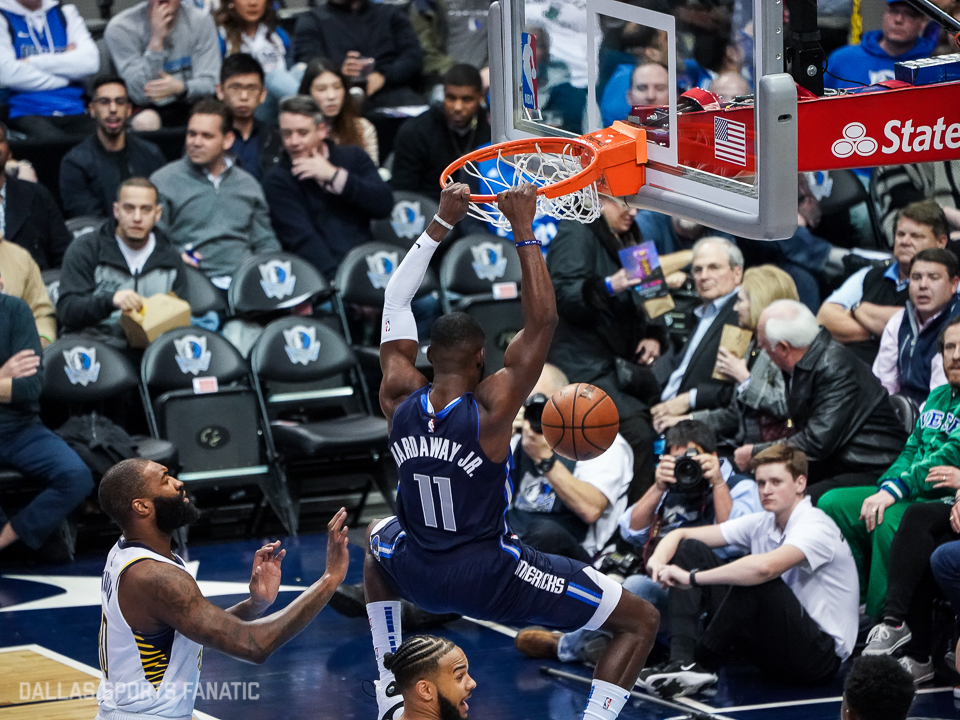 ‘I want to earn whatever I can earn’: The battle for the starting wing spot in the Mavericks lineup

‘I want to earn whatever I can earn’: The battle for the starting wing spot in the Mavericks lineup

If there’s one thing we know about Rick Carlisle, it’s how close to the chest he likes to keep his starting lineups before tip-off. Any time he is asked a question regarding the starting lineup during his pregame presser, you can bet your bottom dollar his response will be something like, “You’ll see in about 30 minutes like everyone else.”

Over the past few years, the Mavericks have seen a fluctuation of turnover in their starting lineup. Plenty of players coming and going season after season as well as dealing with obvious injuries as all teams do but also Carlisle making lineup changes on the fly.

At Media Day on Monday, that was no different for Carlisle. When asked if the lineup and rotation would remain fluid as years past, Carlisle confirmed, though not without dropping a surprising nugget.

“I think Doncic and Porzingis are going to start, if ya ask me.”

Fair enough — not a surprising nugget whatsoever. But, Carlisle clearly left the door open that potentially three starting spots are up for grabs.

That would leave a guard, wing, and big man spot up for debate.

The backcourt mate alongside Luka will likely be Delon Wright or Jalen Brunson. The 5 will likely be Dwight Powell with Maxi Kleber coming off the bench. The wing spot, though, has a lot to be figured out.

You presumably have three options; Tim Hardaway Jr., Dorian Finney-Smith, or Justin Jackson. Though fighting for the same opportunity and spot in the starting lineup, there was a different view of the situation.

Tim Hardaway Jr., who started 17 of the 19 games he played last season with the Mavericks, voiced his opinion when asked if he cares if he’s a starter or not. “Look, it matters. If an NBA player says it doesn’t matter; it matters. But at the same time, you have to pick your battles.”

Now, clearly nothing has been decided about who will start or at least if there has been, that hasn’t been reported but this sounds like a guy who might have an inkling that he’ll be coming off the bench. And though coming off the bench may disappoint THJ, that may be what’s best for the Mavericks.

The Michigan product also compared Luka and Kristaps to Dirk and Steve Nash while saying he sees himself in the Michael Finley role alongside the two stars. I commend the confidence and the studying of Finley’s film and fit alongside the two, but I don’t see it. Finley was a very efficient scorer as well as a very formidable rebounder, playmaker, and an underrated defender. Fitting in Fin’s shoes would be a career changing leap for THJ.

Tim Hardaway Jr. compares his fit with Luka and Kristaps to Michael Finley's fit next to Steve Nash and Dirk Nowitzki early in the 2000s. he's been watching old film of those three and seeing how Finley played with them.

Not to mention, Hardaway Jr. has come off the bench the slight majority of his career. His aggressive scoring mentality can be a strong asset to a team as a 6th or 7th man going against the opposing team’s second unit. While both Luka and KP are potentially on the bench, Hardaway Jr. and Seth Curry can team up to form a dangerous shooting duo.

For Justin Jackson and Dorian Finney-Smith, they’re skillset lands more in the ‘3&D’ category instead of the streaky, microwave scorer that Hardaway is. Both are effort guys and lengthy defenders who are continuing to build on their three point shots and overall offensive game.

“I want to earn whatever I can earn. I’m a big guy in just working and trying to earn what you can possibly earn,” Justin Jackson said at Media Day.

Jackson, who was acquired from the Kings in the Harrison Barnes trade, started 11 games for the Mavericks last season. “There really hasn’t been talks with the coaching staff as far as anything like that but for me I’m just ready to get going and hopefully trying to earn those certain spots.”

Finney-Smith relayed Jackson’s sentiment about working hard, “Just whatever they need me to do. Just go out there and do what I do; play hard and try to change the momentum of the game.”

Having Jackson or Finney-Smith’s defensive ability on the floor, being able to guard the best player and save Luka’s energy for the offensive end, is a huge advantage for the Mavericks on both sides of the floor.

My guess? Jackson gets the nod to start alongside Wright, Doncic, Porzingis, and Powell. Hardaway Jr. will play a solid number of minutes as an off the bench scorer while Finney-Smith will be the utility defender he has grown to be, being able to guard positions across the board.

Nonetheless, the Mavericks have something that they’ve lacked over the past few years; true depth at every position. And no matter who gets the start, the bench mob will be ready when their name is called.