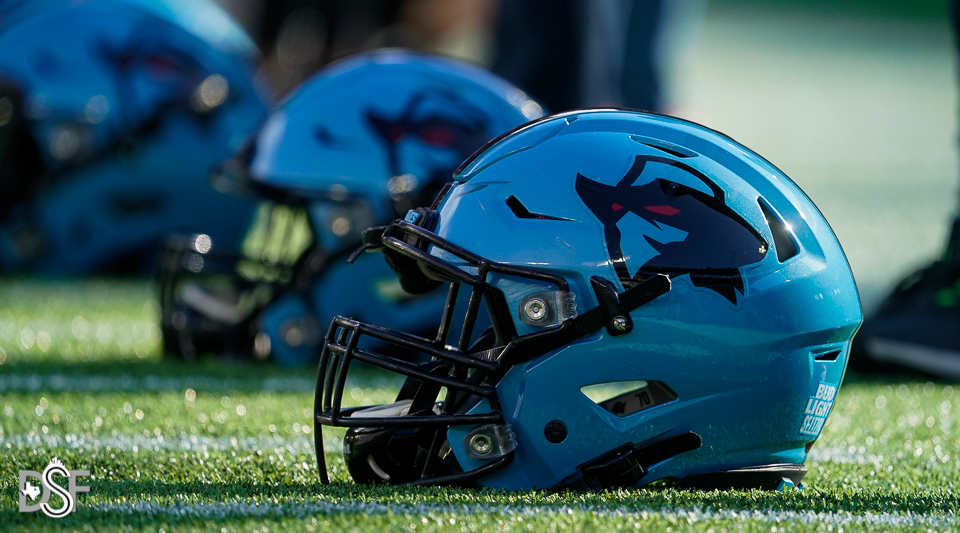 If this is really it for the XFL and the Renegades, how did they do in year one?

If this is really it for the XFL and the Renegades, how did they do in year one?

News broke on Friday that the XFL laid off most of its employees and was “suspending operations” after its inaugural season came to a halt in mid-March because of the coronavirus pandemic. With just five of the ten game schedule completed, it’s a tough break for the league looking to find its footing in year one.

While there have been a handful of standouts whose performances netted them NFL contracts, including Dallas Renegades standout TE Donald Parham, a lot of players, coaches and team employees are now unemployed and forced to leave behind all the hard work they had done in the months leading up to the launch of the league.

With everything behind us now on the inaugural, and potentially only (?), XFL 2.0 season, our own Dylan Duell and Selena Sixtos discussed their observations about the league following their time at games and watching from home.

In your time being around the XFLs brief season, what was your biggest positive observation about the vibe around it?

Dylan: When I went to the first Renegades game at Globe Life Park back on February 9th, it was abundantly clear to me that there was an audience/fanbase for this league. There was tailgating, insane lines at the fan shops inside the stadium and just a generally really cool vibe around this new thing in town. While the product on the field was questionable, it was still a cool thing to be around. I still felt this same vibe when watching games on TV as the FOX/ABC crews were really putting together entertaining broadcasts. It was fun while it lasted, anyway.

Selena: The energy coming from the fans was so intoxicating. I almost didn’t expect the games to be as lit as they were. I made it out to two home games including the opener and the vibes were though the  roof. Fandom is definitely not an issue for the XFL.

What gave you the most concern about its long term viability?

Dylan: Unfortunately, the really unsatisfactory play on the field was incredibly concerning and possibly too much to overcome if former marquee NFL names didn’t eventually make their way to the league as a way of extending their careers. This was mostly due to the play of the quarterbacks around the league, especially Landry Jones and Phillip Nelson on the Renegades.

Selena: My initial concern was whether or not the XFL would generate fandom- ticket sales, viewership, merchandise sales. When that wasn’t a problem, I wondered how it would continue being funded through the years for 8 teams and fans requesting an XFL team for additional cities. I guess I questioned if it would ever be a big enough league to expand and bring in a higher revenue.

If money wasn’t an issue, would you expect it to come back again in the future?

Dylan: I would like to think the answer to this is yes. I honestly believe that they would for sure be back in 2021 if it weren’t for this unexpected global pandemic. The XFL didn’t need to average 10 million TV viewers per game or 80 thousand people in the stands at games to be a success. There is room for something to be called a success if it’s below the unreachable popularity of the NFL. For a spring football league that mostly played its games during a time where the sports TV alternative was random college basketball, it was going to be just fine.

Selena: Absolutely! With no official statement from the league, my hopes are still high that it will return in 2021. If not, the XFL will definitely make a comeback. It was way too much fun for it to be over.

While the odds appear to be stacked against a return now, here’s to hoping that an upset can be pulled and the league could make a go at it again in the future.