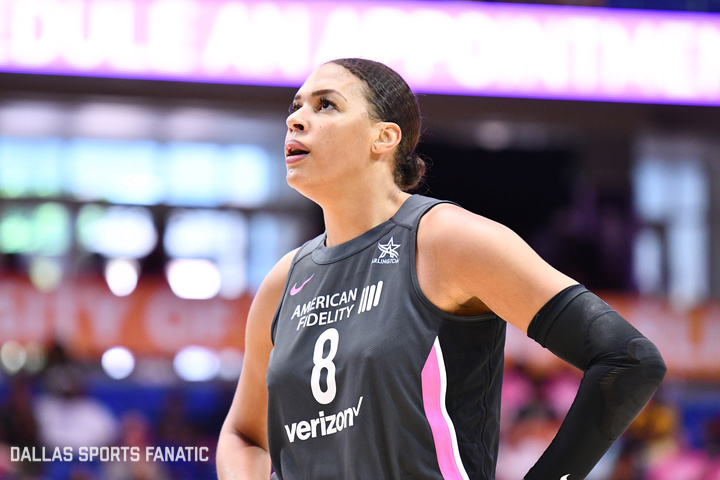 “I’m this close to running my mouth.” Wings center Liz Cambage speaks out on trade rumors

“I’m this close to running my mouth.” Wings center Liz Cambage speaks out on trade rumors

Nearly four months after requesting a trade, Dallas Wings center Liz Cambage publicizes the heavy toll the process is taking on her physical and mental health.

“I’m too old for this bullshit,” said Cambage in a series of tearful Instragram stories. “And I’m this close to running my mouth. This fucking close.”

The 6’8 All-Star made WNBA history last season after scoring 53 points in a single game. She averaged 23 points, 10 rebounds per game taking the league by storm earning a dedicated fanbase and runner up for MVP.

When news of Cambage’s trade request broke, WNBA Twitter erupted and has been abuzz since.

She brought a unique, talented and honest approach to the WNBA at a time when it was most needed, but the circumstances have vastly changed for Cambage.

Note, Cambage doesn’t confirm she is speaking out on her pending trade but makes it clear enough to safely assume. 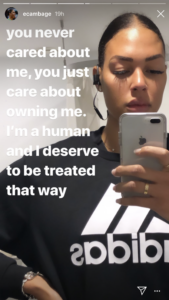 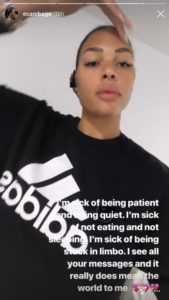 Cambage then looks “on the plus side” by adding that the built-up stress is aiding her noticeable weight loss.

It was only two days ago that Las Vegas allegedly sought to acquire Cambage through the trade but the likelihood of a deal going through is doubtful especially after the supposed trade involved Moriah Jefferson who is now rumored to be taking this season off, per WNBAinsidr.

Back in April Wings CEO Greg Bibb made it clear that a trade involving Cambage must be of “equitable value” for the Wings franchise or he would simply decline.

One thing is certain, Cambage has no plans of playing with the Wings moving forward and will likely continue publicly sharing her dissatisfaction until an agreement is reached.

The Dallas Wings have yet to make a comment on the situation.