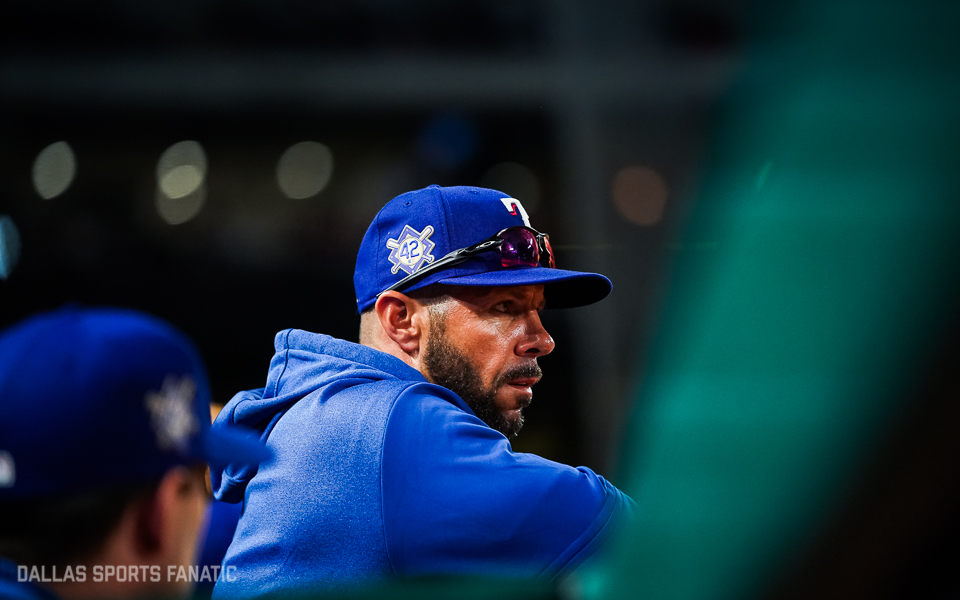 The Rangers made some roster moves before their game against the Arizona Diamondbacks on Tuesday. On the pitching side, the Rangers selected right-hand pitcher Taylor Guerrieri from AAA Nashville to replace Jesse Biddle. The club placed Biddle on the ten-day injured list with left shoulder fatigue. Texas activated Hunter Pence, something fans and the organization waited for a long time. Pence missed the past month with a groin injury he suffered on Father’s Day in Cincinnati. Unfortunately, the move forced the Rangers to make a very difficult decision. Ultimately, Willie Calhoun drew the short straw, and the club optioned Willie to AAA Nashville on Tuesday.

Pence active. Taylor Guerreri up from Nashville, Willie Calhoun to Nashville, Jesse Biddle to the IL.

Pretty surprised that Calhoun was sent back to AAA, if I’m honest.

“I’m speechless.” a stunned Calhoun said on Tuesday. “I mean, I don’t know. I’m literally speechless. It caught me off guard. I’ve helped the team win. I don’t know what else I would have done.“ In twenty-seven games, Willie posted a .277 batting average, a .313 on-base percentage, and a career-high five home runs with thirteen runs driven in. In the twenty-two games that Willie started this season, the club is 14-8 and averaging 5.23 runs per game.

“It was a tough one.” Chris Woodward said before the game. “It kept us up. JD and I were talking [and] our whole staff was talking for the last week. The way our roster is set up, it was a really tough decision. Willie has done everything to stay here, and he’s been really good for us on the field.”

Woody felt the understanding of WIllie’s frustration. “He has every right to say you’ve given up on me or punishing me and he’s not wrong for assuming that because he’s going to AAA.”

From a roster standpoint, the move made sense. The Rangers’ roster loads with left-handed outfielders and seven outfielders total on the squad. If the Rangers sent down an infielder like Ronald Guzman or Rougned Odor, the Rangers’ options for bench leave three outfielders every single game, eliminating the versatility. Sure, if you play Santana at first and leave Forsythe, but Woodward and the club want Santana as more of an outfielder than an infielder. According to Woody, the difficult decision came down to Delino and Willie. What became the deciding factors is the speedy defense Delino provides in the outfield with his speed on the bases. Since the recall in early June, DeShields is hitting .326, with an on-base percentage under .400.

One thing this roster move does for the rest of the team is put things into perspective about performance. That was a specific point Woody emphasized with the media, and his players. “I think it should be eye-opening for our entire roster. Listen I care about those guys deeply, all of them. Willie going down tells the rest of the group, holy cow this guy got sent down. For him to get sent down tells you a lot of the expectations we expect out of everybody. So if guys aren’t living up to that, things can be shaken up.”

Nomar Mazara is another interesting name. Woody said that he saw some growth out of Mazara, but he’s looking for more. In 2019, Mazara is on pace for a similar season of production like the past three seasons, but for a middle of the lineup powerhouse type player, the organization waits for Nomar to take that next step. “We recently challenged [Nomar]. He was open to it. He was open to the conversation in digging in a lot deeper to try to get to a higher level.”

At the end of the day, it is what it is for the Rangers and Calhoun. The move could serve as a wake up call to the rest of the Rangers offense. Now that isn’t why the Rangers sent Calhoun down, but it inserts the thought inside each of these players minds to perform. Whether it is the correct move or not, the Rangers do have a semi-healthy Hunter Pence that will play at designated hitter for about a week.

been through situations my whole life, numb to it at this point ✌🏾