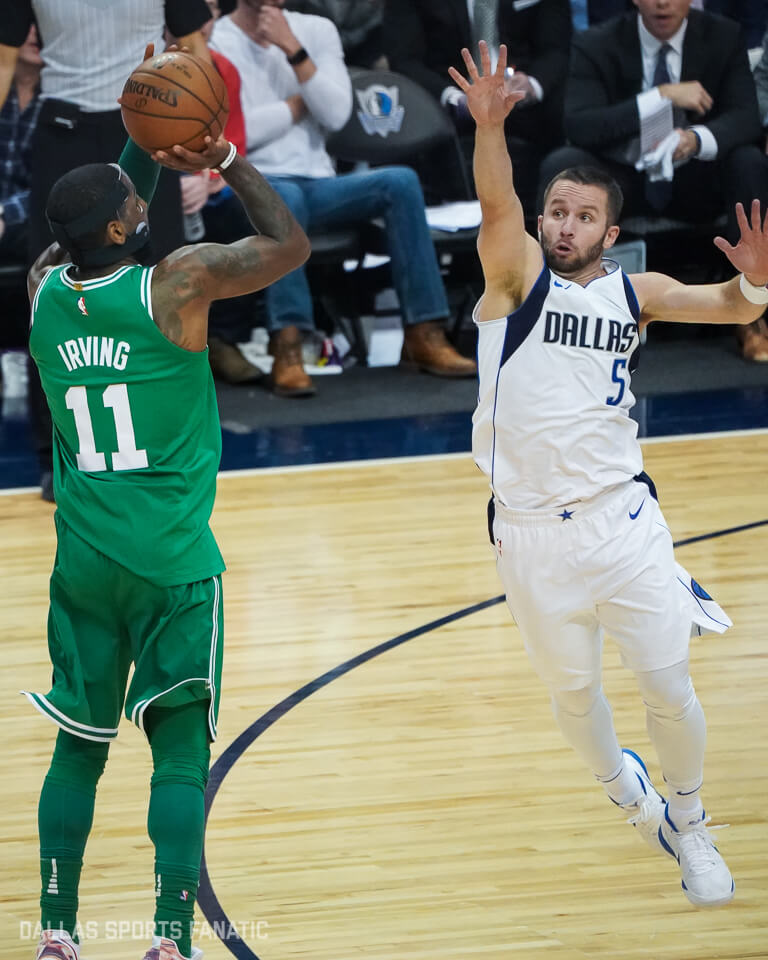 The lights were on and at some point you knew he would put on a show.

Kyrie Irving totaled a game-high 23 points in leading Boston to a home victory over Dallas. Harrison Barnes led the Mavs with 19 points in the loss. Maxi Kleber added 13 points, 5 rebounds and 5 blocks in the loss.

Rookie guard Dennis Smith struggled in the loss, shooting 4-of-16 with 12 points, 6 rebounds and 1 assist.

The Mavericks took a 26-24 lead into the second quarter before boasting a 57-47 lead at half. But a third quarter run from Boston cut the lead to three points.

“We got the first basket to go up 12 and then they went on a 12-0 run,” head coach Rick Carlisle said following the loss. “This is where, on the road in difficult arenas, you’ve got to play through those situations. And you’ve got to find ways to get stops and score and stick together. We struggled with it in the second half.”

Stellar play from Irving and fellow guard Terry Rozier helped secure a victory in the fourth as the pair tied the Mavs’ total scoring with 17 points in the quarter.

“Our first half was really good,” Carlisle said. “Their second half was better. That’s the game, and it’s a 48 minute game, and we’ve got to be able to sustain.”

Dallas drops to 7-18 on the season as they continue their road trip in Milwaukee on Friday before traveling to Minnesota for a Sunday showdown. The Mavs return to Texas on Tuesday to host San Antonio before heading west for a matchup with Golden State.