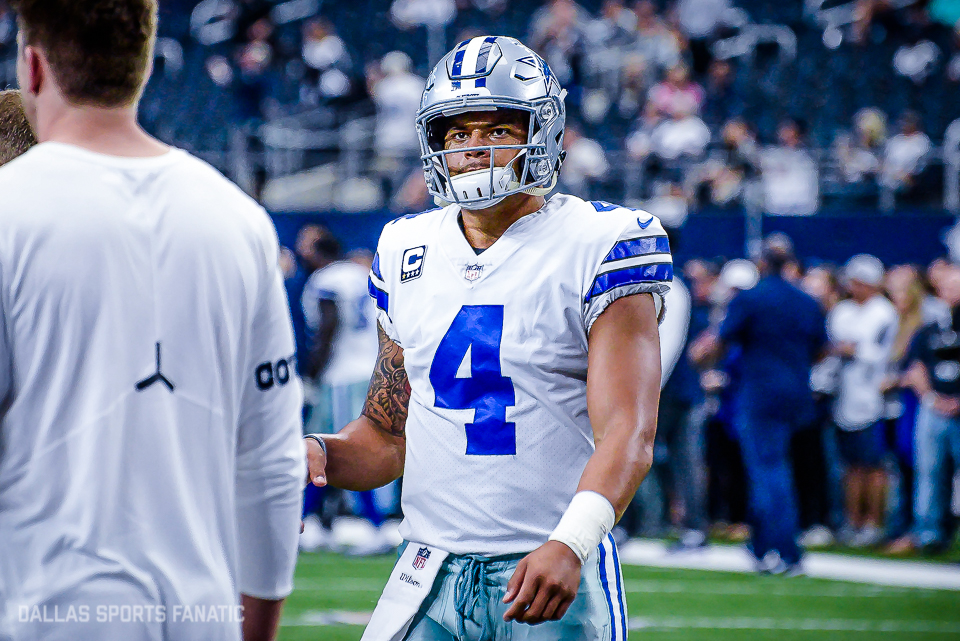 Is It Time To Panic In Big D?

Is It Time To Panic In Big D?

The Dallas Cowboys haven’t gotten off to the start they wanted to in 2017. They are 2-3 heading out of their bye week and into San Francisco. They lost their last two games at home after scoring 30+ points in both games. They sit in third place behind Washington who is 3-2 and the Eagles who are 5-1 and own the best record in the NFC.

So, is it time for the Cowboys to panic?

Dak Prescott says no. “There is definitely no panic. We’re heading in the direction we want to. We just got to turn some of these close losses into wins,” Dak said in his weekly meeting with the media.

When you look at the NFC standings and some of the injuries that have taken place, it may only take 8 or 9 wins to make the playoffs this season. Right now, the Cowboys sit a game out of the playoffs behind the New Orleans Saints.

With that being said, I agree with Dak saying that now is not the time to panic. There are three things the Cowboys must clean up in order to make the playoffs in the somewhat down NFC.

Hopefully with the return of Hitchens and defensive leader, Sean Lee the cowboys will return to stopping the run and not allowing opponents to impose their will. Also, rookie defensive backs Jourdan Lewis and Xavier Woods have shown the ability to make open field tackles. The Cowboys were number one against the run in 2016 and a lot of that came because they were tackling.

In the Packers loss before the bye, there were a lot of positives that came out of the game. The offensive line and therefore the offense showed a glimpse of what they were last year when they were so effective staying on the field and having clock draining drives.

Get The Play-Makers Involved More

Cole Beasley had 75 catches and 833 yards with five touchdowns. So far in 2017, he has only 15 catches for only 109 yards. There are a couple different factors in this drop off in production so far. I think the biggest problem is the lack of creativity within the offense to get the play-makers the ball. The Cowboys allow teams to take their best players out of the game and that must change if the Cowboys are to make the playoffs.