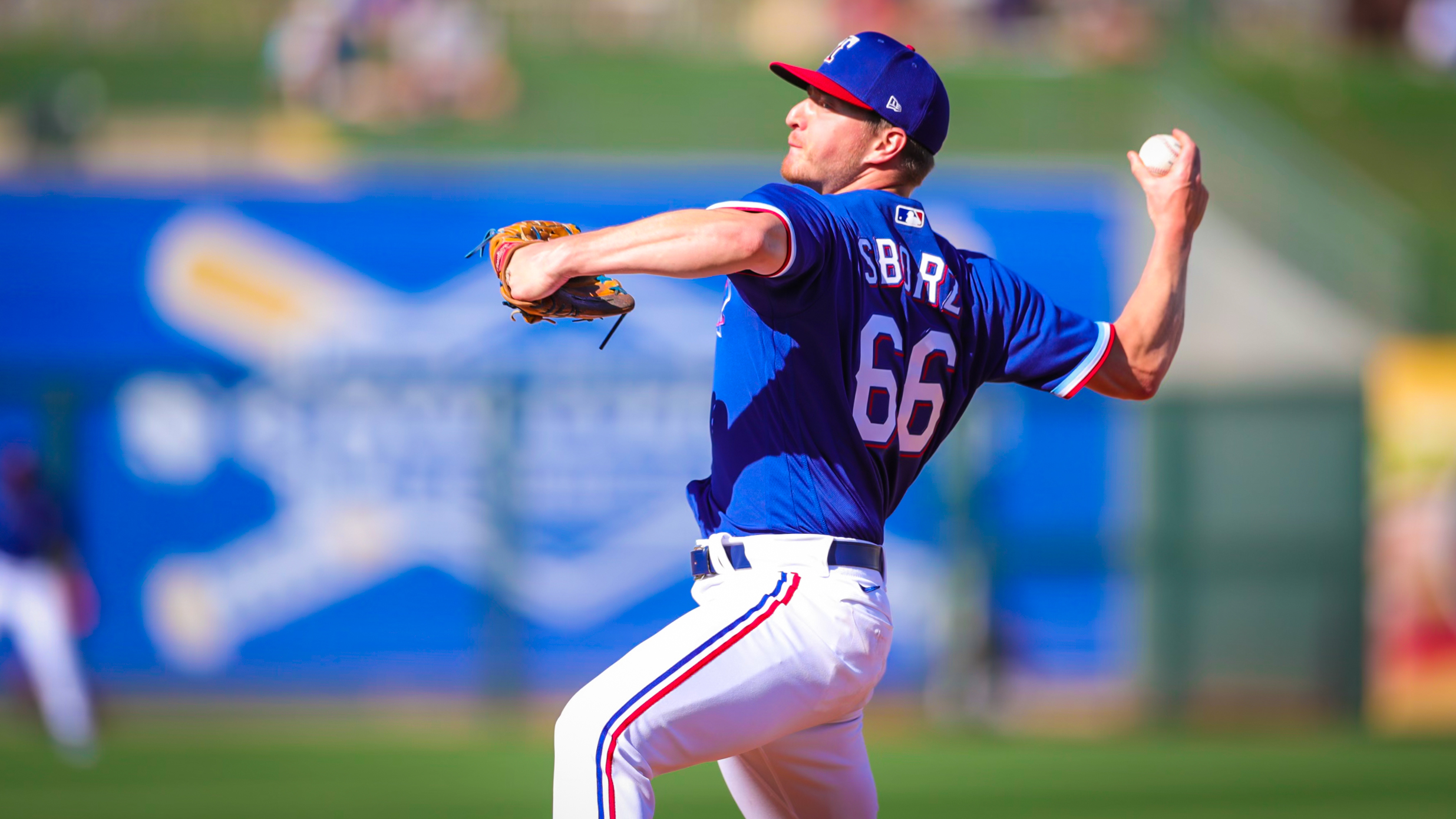 Is Josh Sborz a dark horse as a potential closer option for the Rangers in 2022?

Is Josh Sborz a dark horse as a potential closer option for the Rangers in 2022?

A one-hundred-plus loss team doesn’t show a lot of depth in the major leagues, but the Rangers have one aspect that could be a fun competition come Spring Training 2022. The closing situation rests on the arm of Joe Barlow at the moment, but remember, Jose Leclerc and Jonathan Hernandez will soon knock on the door. Leclerc has pitched just two games since the start of 2020 but picked up twenty-six saves the previous two seasons (2018-2019). Meanwhile, Hernandez pitched in thirty-one innings, a Major League leader for a reliever, in 2020. Then you have others that could bid to make a run for the closer’s role, like Josh Sborz.

Jonathan Hernandez was here today! He’ll start throwing in about 10 days and aims for June 2022 to return. Very eager to head back to the mound. #straightuptx

Sborz’s arsenal of pitches is closer material. He has an electric fastball that rests in the high 90s with a slider and an occasional curve. Opponents hit .220 against that fastball that averages about 97 MPH and has a whiff rate of twenty-eight percent. “He’s worked hard on those pitches,” Chris Woodward told me. “The physical stuff as far as shaping his pitches has gotten better. I think there’s some work to be done on some of the delivery staff to make them more consistent.” That’s the key for Sborz: consistency. The elephant in the room is the thirty-two walks in fifty-nine innings for Josh. “The stuff is there, [but] I think I need to clean up my delivery and a sense of where I can command the ball,” Sborz told me.

Josh Sborz joins five other Rangers who have been on the roster for at least 182 days of the possible 185 of the 2021 regular season (Hearn, Lyles, Kiner-Falefa, Lowe, and Allard) after being off the roster for just three days due to paternity leave. “That was my overall goal this year, to stay healthy,” Sborz said. “We had a shortened year last year, and I didn’t pitch much. [I] wanted to make sure that my body was going to make it through the entire year.” With that said, Josh appeared in twenty-two games between April and May, and the lack of work in 2020 wore him down. “I think I got a little worn down mentally and physically, and I think I let that to me a bit. I started to make some changes that I shouldn’t have [and] lost focus of that,” Josh said.”

Was driving when this was announced.

Since Sborz returned from paternity leave, he’s pitched in twenty-two and two-thirds innings. He’s allowed eight runs and struck out twenty-three. “He had a child [and] things have changed his life a little bit,” Woodward said. “He’s in a good place mentally. We talked to him, and he knows he’s got to improve in certain areas. [Josh] has to attack the strike zone more, pitch ahead, limit the walks, and let the stuff play out.” The odd aspect to Sborz in 2021 is he’s pitched fantastic in medium leverage situations where he’s struggled with walks in high and low leverage scenarios. But, again, it’s about letting the stuff dictate the at-bat and not overthinking.

Jonathan Hernandez’s target return is June next year, and I would assume Jose Leclerc is close to that. With that said, Joe Barlow’s 2021 makes him the prime candidate to close in 2022. However, if Josh Sborz can clean up the walks heading into Spring Training, he could be a dark horse to challenge Barlow for the closers spot. “I think he’s got to develop into that,” Woodward told me after asking if Sborz could be a candidate for closer in 2022. “Where he’s at right now, he’s not consistent enough. If anybody’s consistent with his stuff, you’re going to pitch in the back end [and] you’re going to dominate hitters. He’s got elite stuff.”

Again, I’m evaluating the situation based on the bullpen construction right now. If Sborz enters Spring Training limiting the walks and cleaning up his delivery, I would predict a seventh or eighth inning role (depending on Brett Martin). For Josh, does he want to compete for the closer role? Sure, but he knows it’s not his call, and there’s work to be done. “Next year, I think I’ll be in a really good place,” Sborz said. “Obviously, I don’t get to pick that, but I want to go out and compete and earn a role, and if I get there, I get there, but as long as our team is winning, then I don’t really care.”

Josh Sborz (@JoshuaTree_27) with the game winning run on 3rd Gets the clutch Strikeout on Manny Margot for the Rangers to send the Rays to Extra Innings with them pic.twitter.com/r6hRnCNM03

“Take every day as a blessing. I don’t take anything for granted here, but I try to serve the team as best I can and stay healthy.” Words from Josh Sborz that I think we all can use in our everyday lives.