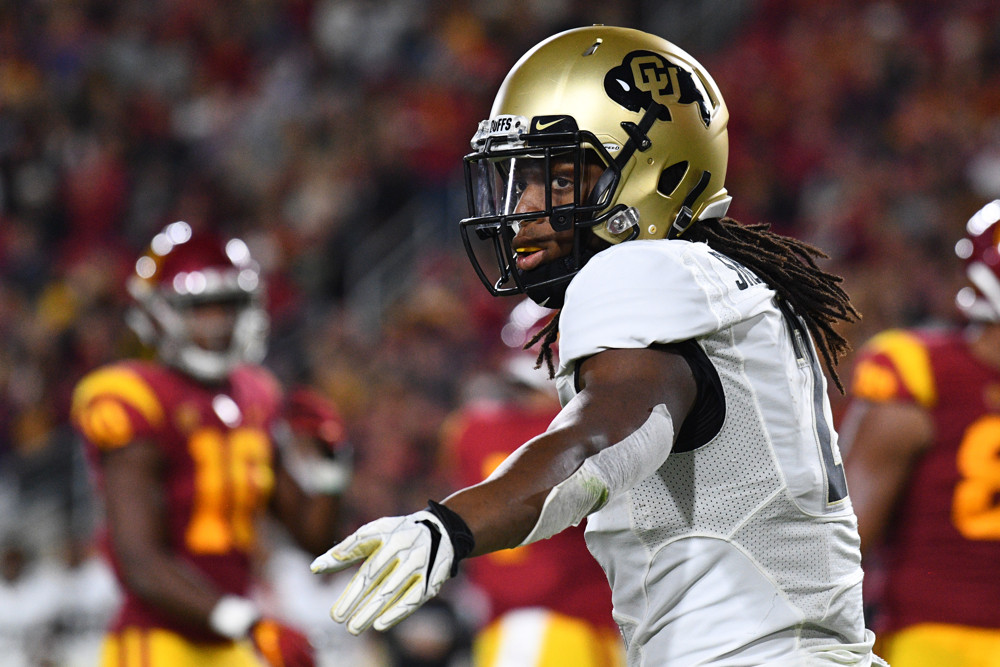 Is Laviska Shenault worth an early pick for Dallas?

Is Laviska Shenault worth an early pick for Dallas?

Projected to fall right in the range of the Cowboys’ first-round pick at 17th, Laviska Shenault Jr., the breakout star wideout from Colorado and a DeSoto HS alumni, is an intriguing prospect for a team facing a glaring need with the loss of Randall Cobb to free agency.

Laviska Shenault (pronounced lu-visk-uh shuh-nault) became one of the nation’s top receivers in 2018 and was named Colorado’s MVP even though he only played in nine games (eight starts).

He was a first-team All-Pac-12 selection after leading the FBS with 9.6 receptions per game and ranking fourth in the country with 112.3 receiving yards per contest (86-1,011-11.8, six TDs). He also scored on five of 17 rushes on the year, making him the only player in the country to have five rushing and receiving touchdowns.

Shenault helped DeSoto High School (Texas) win its first-ever football state title his senior year (46-825, nine TDs). His father, Laviska Sr., died in July 2009 from injuries suffered when he was hit by a car on the side of a highway after he had exited his vehicle to switch from the passenger seat to the driver’s seat. Laviska Jr.’s mother, Annie, survived West Nile Virus though it took her almost a year to feel fully healthy again. (nfl.com)

The two marketable features of Shenault’s game are his speed and experience at all three positions. With the ability to surprise defenders off the line, this feature could play well into the hands of the Cowboys, who could not only utilize his speed and unique talent for the 50/50 ball on the outside, but with some development to his footwork could be an excellent option in the slot as well.

Being able to interchange Gallup and his route-running abilities with Shenault’s behind Amari Cooper’s skill set could be a damaging combination.

However enticing this all may appear to be, question marks are surrounding certain elements of Shenault’s game, such as the aforementioned footwork being an issue, as his routes have been easily mirrored by opposing corners in the past.

He seems to be fairly easy to read, and also comes with injury concerns as he had to undergo procedures on his shoulder and a toe leading up to the 2019 season.

While intriguing, these concerns are the primary reasons he falls into the second tier of receivers in this draft pool, and also why if other names such as Tee Higgins or Jerry Jeudy happen to still be available, surely Dallas would pull the trigger on one of them in a heartbeat.

Not to mention, of course, this is all just assuming that the organization plans on filling this need through the draft and that they plan on spending a high pick to do it- The Cowboys have certainly proven in the past that they are capable of finding great value in later picks.