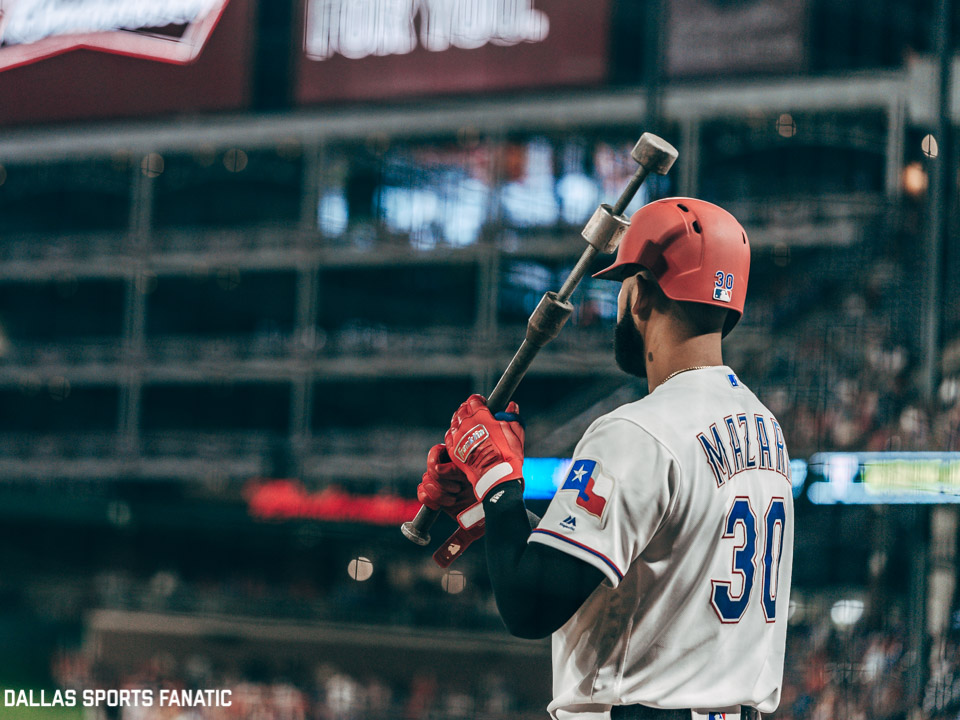 Is Mazara the new face of the Rangers?

Is Mazara the new face of the Rangers?

Let’s keep this simple. The face of a franchise is not established by a week of good baseball or broken by a bad one. However, Nomar Mazara is using the month of May as his own personal launch-pad and has taken-off to an all-star level of play.

Despite his young age, Mazara is not a new commodity to Rangers fans after the type of season that he had last year. Over 148 games, he hit .253 with 20 home runs, 30 doubles, and 101 RBI in just his second major-league season.

Nine days into the month of May, Nomar Mazara is on a whole new level, with 7 home runs, 12 RBI, and hitting over .400 during that span. Just to give you an idea of how hot the ‘The Big Chill’ has been over the past week and a half, if you wanted to multiply this out over a full season, Mazara would hit 126 home runs with 216 RBI, and just as many hits in the process.

(Yes, I know it’s unrealistic, but it is fun to look at)

His monster stretch reached all new heights on Wednesday as he hit a game-tying home run and then a walk-off home run on the first pitch of the 10th inning to beat the Detroit Tigers 5-4 for the first home-series win of the season.

He is now hitting .288 with 10 home runs and 26 RBI over 36 total games on the season. And now that Mazara is half-way to his 2017 home run total, and improved his average by more than .035 points in a quarter of the season, is it safe to say that he is the new face of the franchise? First, you have to look at the surrounding cast and see who the competition is.

Adrian Beltre is the first name that comes to mind. Beltre has arguably been the best individual on the roster since the Rangers last World Series run in 2011. However, as the mindset in Texas begins to shift towards the future, Beltre is not a guy who the Rangers can confidently build around.

Beltre has continued to play well but with father time, injuries, and lack of team success coming into the picture, Beltre’s time in Texas is limited. Whether the fanbase likes it or not, if the trade value in July is decent for Beltre, the best thing for the organization would be to get some prospects in return.

Still, Beltre is a fan-favorite and a legendary figure inside the franchise’s history and as long as he is on the active roster, he has to be in consideration as the face of the franchise.

Next would probably be Elvis Andrus who has been an anchor and main-stay throughout the last decade of Rangers Baseball. But even the future for Andrus in Texas is foggy assuming he declines his player option this off-season, a move most assume will happen unless something unusual happens this year such as another injury, or a drop-off in production. Both of which would not be positive situations for Texas.

After the trio of Adrian, Elvis, and Nomar, there is a considerable drop-off before the next couple ‘face of the franchise’ candidates.

Shin Soo-Choo has bright moments over the course of a season but has a frustrating contract that has the Rangers front office in hand-cuffs in terms of adding pieces. Rougned Odor and Joey Gallo are still growing up in front of our eyes and have their fair share of struggles avoiding strike outs or low averages. Cole Hamels, along with the rest of the pitching staff, continues to struggle and the rest of the lineup is filled with young, yet inconsistent, talent.

Nomar Mazara, just a few days over 23-years-old, fits all the requirements to be the new face of Rangers Baseball. A poised young star who is under team control for the foreseeable future and can do a multitude of things on the field as well.

He is a piece that Jon Daniels and the rest of the front office can build around for the next half-decade and if he continues to play anywhere near the level that he has over the month of May, and a little above the numbers he put up last season, he could become a household name across the nation.

So, if you’re thinking about dropping a chunk of your next paycheck on a fresh new Rangers jersey. You may want to think about grabbing one with the number ‘30’ on the back.