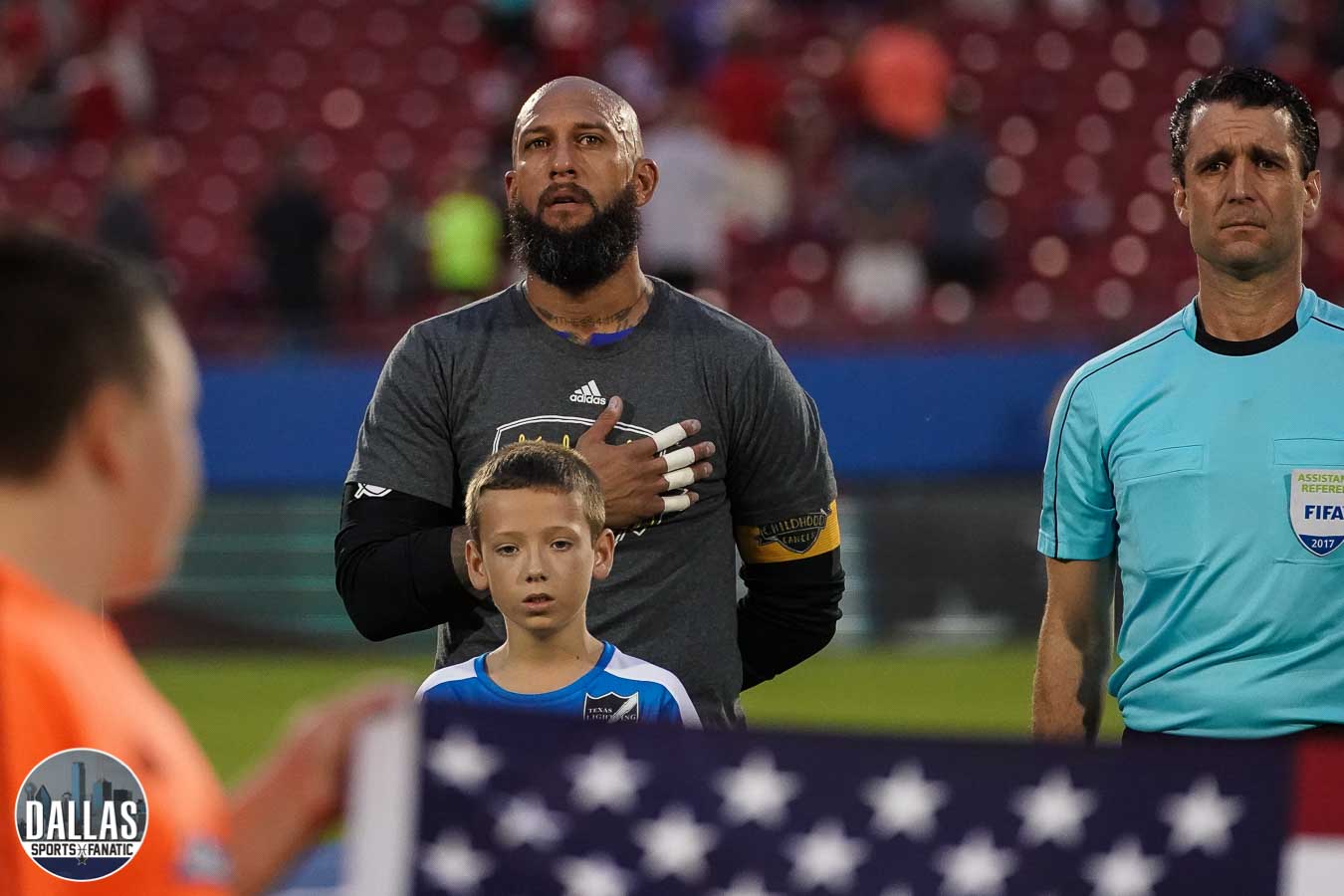 Finally some good news for American soccer fans regarding the World Cup. On the eve of the biggest sporting event in the world kicking off in Russia, the announcement was made that the 2026 World Cup will be hosted by Canada, Mexico, and the United States after beating the bid from Morocco.

After hosting in 1994, the World Cup is coming back. This is obviously great news for all fans of the beautiful game in the three countries, but it could potentially be great news especially for fans in Texas, and especially DFW.

Among the 23 cities listed on the “United 2026” bid are Houston and Dallas. Reports have said that a semi-final could even be at AT&T Stadium.

While AT&T stadium is obviously more than capable of holding an event of this size capacity wise, the main problem would be the surface. A grass surface would be required and we’ve seen some problems in the past with the temporary grass surfaces at AT&T Stadium.

Over the years we’ve seen numerous CONCACAF Gold Cup games and many friendlies in Arlington, and almost every time the surface has been a main talking point. The green spray paint covering the seams and the reported rock-like surface have caused problems for players. Perhaps the most famous moment came when the surface almost took out a player by the name of Lionel Messi in a friendly for Argentina.

However, at last Summer’s Gold Cup the surface was better than it has ever been and with plenty of notice, I’m sure that AT&T stadium could be more than ready for an event of this magnitude.

The 1994 World Cup was a monumental moment for soccer in this country. We saw the start of MLS just two years later and the growth of the sport in this country since then has been incredible. 2026 may seem far but it will be here before you know it. So let’s start the countdown! Only over 2920 days away!

In case you haven't heard, the #WorldCup is returning to North America and the United States!

Tune in at 7:40am to hear #United2026 Dallas host city bid chairman @DanHuntFCD on @570KLIF with @ScottyWK! pic.twitter.com/QOpEvH2Bgq