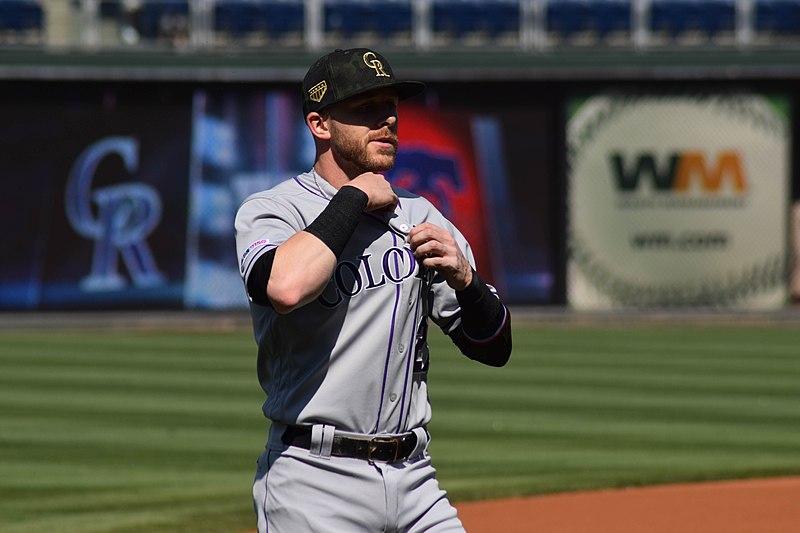 Is the Trevor Story dream realistic for the Rangers?

Is the Trevor Story dream realistic for the Rangers?

After trading Nolan Arenado, the Colorado Rockies are not expected to sign star shortstop Trevor Story to an extension. That means the 29 year shortstop will be able to become a free agent after the 2021 season. Stop me if you have heard this before… the Rangers are expected to be at the front of the line for his services.

Story has a 17.9 WAR in his five MLB seasons, which ranks 5th among all shortstops during that time. Story said last week that he is not worried about his contract talks. “I try not to look too far ahead. I’m trying to be where my feet are, which is right here in spring training with the Rockies.”

It is no secret that the Rangers have not spent much money in free agency the last couple of seasons. Because of that, the Rangers enter the 2021 with very low expectations. However, the plan they want you to believe is that they weren’t spending these last couple of years because of this upcoming free agency class where they would be able to go after a name like Trevor Story.

Of course, the Rangers plans haven’t exactly worked out over the past few years. The one thing that could throw a wrench in this idea is that Colorado could be so bad this season that they start fielding trade offers before the deadline.

The most important thing to me for the Rangers in 2021 is seeing development from their young guys. Winning games would be nice, but the development of Joey Gallo, Leody Taveras, Nick Solak and Willie Calhoun is far more important.

The most ideal scenario is that an addition like Story could put the Rangers back in the division conversation and eventually the World Series conversation.