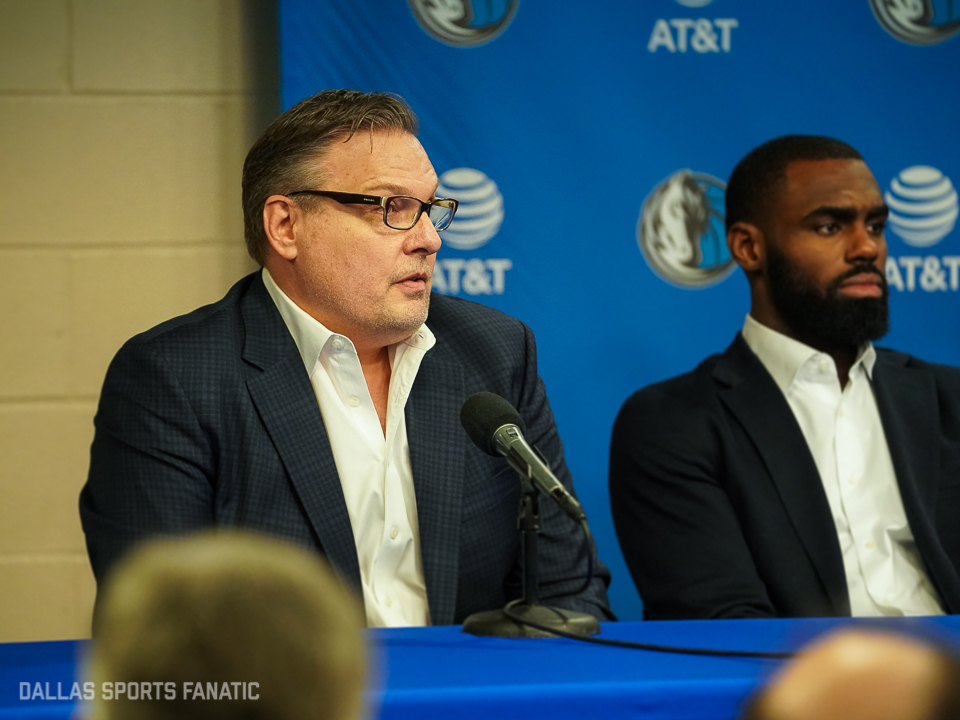 Dallas Mavericks General Manager Donnie Nelson spoke to the media prior to Wednesday’s NBA Draft, who currently hold the 18th and 31st picks.

“Really excited about this year’s draft,” Nelson said. “We’ve had a lot of activity around 18 and 31.”

In year’s past, Nelson and the Mavs have shown that they’re not afraid to trade picks, whether that’s moving up or down, and Nelson reiterated that again tonight.

“It’s probably 33% each way,” Nelson said when asked about trading #18. “We have some trade up possibilities that are I think are really intriguing. We really like the pick in the area. We also have some trade down where we can look to split the aces, so to speak.”

If they keep the pick at #18, as all team’s should do, you draft the best player available, unless you really covet a specific position. For the Mavericks, that position seems to be on the wing.

“As usual, we’re going to take the best player available,” Nelson said. “There’s probably a bit more attention to the small forward spot than there has been in past drafts.”

And that makes perfect sense. Wings are at an all-time commodity in this league. Every team covets the opportunity to stack their rosters with long, 3-and-D wings to surround the perimeter.

For Dallas, surrounding Luka with wings who can spread the floor and knock down threes while also being fierce competitors on the defensive end is all you could ask for, especially when sitting at #18.

“A little bit more emphasis in that direction than normal but if the right guy falls, we’re not afraid to draft not based on need.”