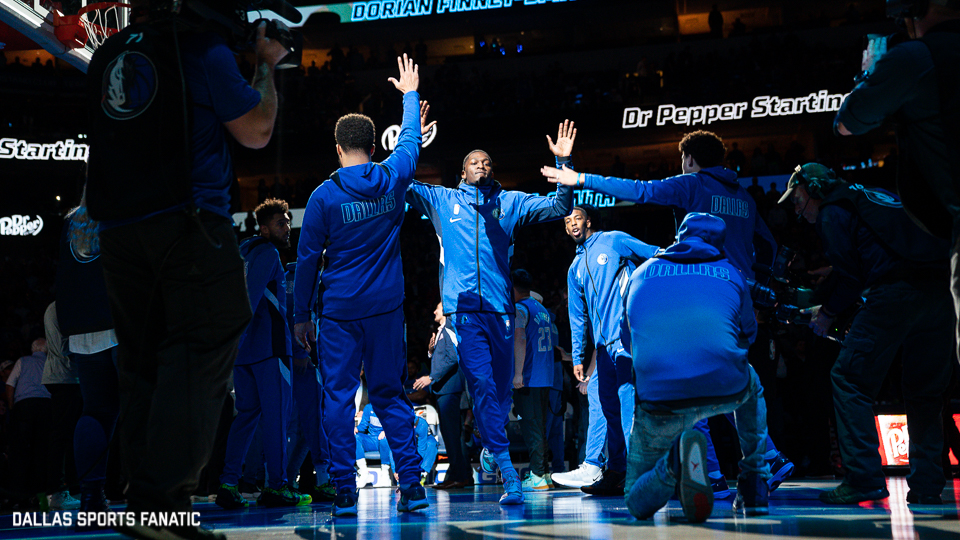 It’s so hard to say goodbye: Mavs fan favorites could be on the move this month

It’s so hard to say goodbye: Mavs fan favorites could be on the move this month

Even though the NBA’s traditional portion of its offseason filled with player movement via trade or free agency is set to begin in just a couple of weeks, Mavs fans have long been in their pretend GM mode cooking up fake trades for the team to get better for the 2020-2021 season.

At least once or twice a day I see someone post a screenshot of a deal they concocted in the TradeNBA trade machine (which has admirably passed the ESPN Trade Machine that had a long reign as the go-to option on this front) and then of course positing with the caption “Who says no?”

Side note: If you’re saying “Who says no?” then your trade is already doomed in most eyes. It’s a dumb way of presenting something you’re trying to convince people is a good deal. Instead, use “What do you think?” or “How about this?” or maybe even just “Eh? Ehhhh????”

Most of the time, these deals are flawed and are ultimately just focused around acquiring big names instead of players that will fit best with the skill set of Luka Doncic, but that doesn’t stop people from refusing to even open their mind to the possibility of the deal because it would require the Mavericks to deal some of the lovable role players that make up the majority of the current roster.

It’s a tough pill to swallow, but everyone one currently on this team should be available in a trade besides Luka Doncic and Kristaps Porzingis. This is not rocket science or a unique take, but whenever you see people shoot down deals because it has to include Maxi Kleber or Dorian Finney-Smith, you have to remind people of these truths.

As Mavs fans of the last decade should know, teams change a bunch of players in and out each season. For the first half of the 2010s, the Mavericks basically switched out the entire roster every season around Dirk Nowitzki. Starting with the Wesley Matthews deal in 2015, they finally started committing to longer deals with players so they weren’t constantly shuffling guys on one-year deals. So some guys started to stick around for a while. Players like the aforementioned Kleber and Finney-Smith are big examples. Of course, Dwight Powell has now been here for close to six years.

When they joined the Mavericks, they were virtually unknown players. Powell spent most of his first season in Dallas on the bench and working with the Texas Legends in Frisco. Maxi and DFS had to beat out other guys just to make the roster in training camps. They’re all really hard workers who also all happen to be great guys!

In my two years of being in the Mavs locker rooms before and after games, each of those three easily rank towards the top in terms of being friendly, open to talking and even sharing a smile without being prompted. It’s certainly easy to root for these guys to be around for the long haul.

The bottom line: these guys max out as complementary role players and aren’t making or breaking the Mavericks’ title chances.

Those three and players like Seth Curry all deserve tremendous credit, praise and admiration for building their NBA careers from literally nothing to all having multi-year deals that will keep them and their families very financially comfortable for the foreseeable future. They came to the Mavericks when the team was bad and instead of just being “good stats, bad team” guys, they worked with the Mavs coaching staff to better their games and now they were all incredibly vital parts to Dallas’ first trip back to the postseason in four years. They certainly have a warranted emotional connection with the MFFLs.

My favorite part of watching games at the AAC lasts season was watching the Mavericks bench explode and jump all over each other whenever the team would make a big play on the opposite end of the court. The love was real among these guys. We saw it on full display when they went to Orlando.

One of the downsides of the Mavs becoming good again is that you have to be willing to make whatever move it takes to make the team better. You’re not going to hold up a deal that you legitimately think pushes this team closer to a title if it happens to include a fan favorite.

In the years leading up to the 2011 title, Donnie Nelson was wheeling and dealing each and every summer/trade deadline to get the right mix of guys around Dirk.  It’s just the business.

Maybe these deals won’t happen over the next few weeks, but they will one day. Just prepare your royal blue heart, Mavs fans.