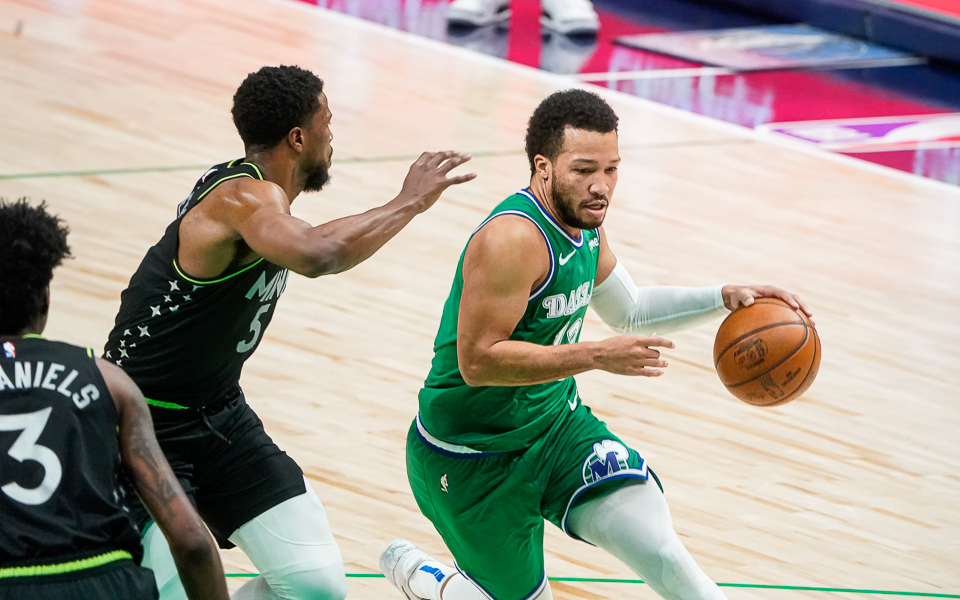 It was going to be hard to steal much of the spotlight from the Mavericks’ trade for Luka Doncic on draft night back in June 2018. He was the most polarizing player of the entire draft class and Donnie Nelson and the Mavs brass weren’t going to be denied from getting him even if they landed the fifth overall pick in the lottery. Besides the monstrous deal for the eventual MVP candidate in Doncic, Dallas made another huge selection later on that night early in the second round of the draft.

The 6-1 gritty Brunson is the son of former NBA player Rick Brunson and was well prepared for having to fight his way for a role on an NBA roster. Rick played in the NBA for nine seasons for eight different teams while only averaging 13.5 minutes per game over the course of his career. While Jalen’s outstanding college career at Villanova certainly had earned him more respect than your typical second round pick heading into his first training camp with Rick Carlisle and the Mavericks, he still had to go out and earn the 22 minutes a game he averaged per game as a rookie.

His second season was up and down with less minutes, an undefined role throughout the course of the season and then a season-ending shoulder surgery thanks to an unnecessary check in the air from then-Hawks big man Dwayne Dedmon. The Mavericks would certainly miss him in the Orlando bubble and it was almost easy for fans to forget all that he can bring to the table for the team.

Flash forward to this season and he has certainly been one of the brightest spot for a Mavs team still trying to work their way back from a slow start. Brunson is currently averaging career highs in the following categories:

The man is basically having a 50/40/90 season off the bench for Dallas and some of his biggest shots/moments have come at the most important times this season like when he hit a dagger shot against the Spurs in January and then fueling a big Mavericks run against the Hawks in their third consecutive win on Wednesday night.

With his size and occasional lapses in judgment, Brunson still has plenty of head-scratching moments on the court, but he has certainly been one of the Mavericks’ best players this season while players have been in and out of the lineup thanks to various injuries and health and safety protocols.

Perhaps the best part about Donnie Nelson and company selecting Brunson in the 2018 draft was the smart four year, $6.1 million fully-guaranteed contract they signed him to before his rookie season. So Brunson is having a borderline 50/40/90 season off the bench for Dallas while making $1.7 million for the team this year and then signed for $1.8 million next season. While he’ll surely make up some of the deserved earnings when he reaches free agency in the summer of 2022, the deal he has with the Mavericks right now is an absolute steal.

A trio of key glue guys for Dallas, Brunson, Maxi Kleber and Dorian Finney-Smith, is making a combined roughly $14 million this season and all three are signed through next season as well. Those other two guys? Both undrafted free agent signings. So the Mavericks have done an excellent job in scouting and finding undervalued, hard-working guys to make up the grit that needs to fill out the bulk of an NBA roster.

With performances like the excellent fourth quarter run on Wednesday night becoming more and more common for Brunson, the Mavs are certainly getting some major bang for their buck.