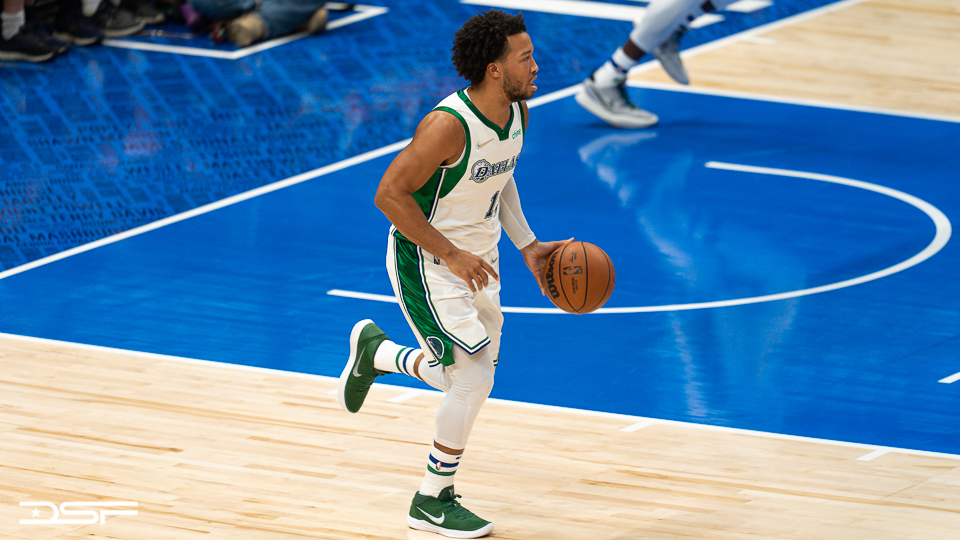 We’re all tied heading back to Utah.

In a thrilling 110-104 victory, the Dallas Mavericks are heading to Salt Lake City tied 1-1 with the Jazz in their first round series.

Tonight’s victory was led by Jalen Brunson, who exploded for a career-high 41 points on 15-of-25 shooting from the floor and 6-of-10 from downtown, along with 8 rebounds, 5 assists, and no turnovers.

From the opening tip, Brunson was aggressive in finding his spots and attacking the basket, knowing that falling down 0-2 in the series could be the end for the Mavericks.

“He didn’t wait, he didn’t wait. He took up space and was aggressive from the jump ball,” Jason Kidd said of Brunson. “We talked about it earlier, ‘Don’t wait. Get to your spot and do what you do best.’ And I thought he ran the team extremely well.”

But, it wasn’t just Brunson. Maxi Kleber finally shook his slump and caught fire, scoring 25 points on 8-of-11 from 3-point range. The Mavericks were able to get the Jazz defenders in rotation, which helped find open looks for Kleber from outside.

As a team, the Mavericks hit 22 threes, a franchise playoff record, along with only committing 3 turnovers, also a franchise postseason record.

“I’m already trying to forget about it. This is great but a long way to go,” Jalen Brunson said. “This is a great win for us, something we can build off of but we have a long way to go.”

Game 3 will be on Thursday in Utah as the Mavericks hope to have Luka Doncic back on the floor.