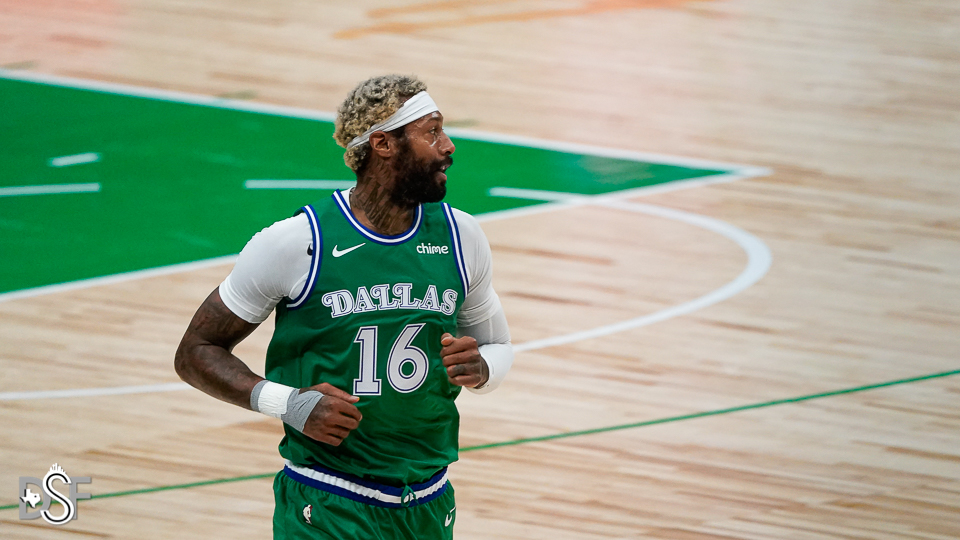 The Dallas Mavericks were one of the most exciting teams to watch last season but showed clear needs of improvement heading into the unprecedented 2020 offseason.

Behind sophomore superstar guard Luka Dončić, the offensive rating propelled to a league-history best 117.5, but the Mavs struggled defensively, finishing 16th with a rating of 112.5 and failed to perform during crunch-time consistently.

With the Mavs clearly having enough offensive firepower, almost good enough to be in the top half of the league defensively, the question remains: What is still holding them back?

Stopping opposing teams from scoring is a crucial talking point, but what Dallas truly needs is a dog-mentality from the moment they step off the bus.

The moment the trade to acquire Johnson from the Oklahoma City Thunder happened, I found myself reminiscing over the championship squad in 2011, discovering one key factor eerily similar between then and now.

In the 2009-10 season, the Mavs scooped up wing DeShawn Stevenson from the Washington Wizards in a trade that also brought over their prized acquisition, Caron Butler.

While Stevenson had previous pedigree being the 23rd pick in the 2000 draft with numerous scoring explosions in his portfolio, no one could have guessed his importance.

Fast forward to the 2011 finals against the Miami Heat where Stevenson was constantly at the forefront of the dogfight for the Mavs, smothering whoever he was assigned to, while Butler looked on from the bench with a season-ending knee injury.

Stevenson holds a slightly smaller frame at 210 pounds compared to Johnson at 240 and is two inches shorter at 6’5”.

While the two players hold different positional roles in their designed action during plays affecting the stat sheet, their attitude and mentality are two peas-in-a-pod.

Shifting from Dirk Nowitzki being the offensive hub in the frontcourt to Dončić orchestrating from the backcourt, Johnson and Stevenson seemingly mirror each other in the support of their stars.

Stevenson proved irreplaceable when it mattered most, shooting 56% from behind the three-point line throughout the series and was one of just seven players for Dallas to see action in all six games played during the finals.

Before the Mavs’ championship run, Stevenson had made it to the playoffs in five seasons with 17 total playoff games played before the sixth time was the charm.

Johnson has earned five postseason berths, with 24 total playoff games played, before the start of the 2021 season. He would be in line for his sixth appearance if Dallas is fortunate enough to make it, just like when Stevenson won his.

Now I’m not writing this article to predict the Dallas Mavericks win the NBA finals, but there are too many commonalities between the timelines of Stevenson and Johnson, as well as the intangibles these two players contribute, to not see an interesting trend forming.