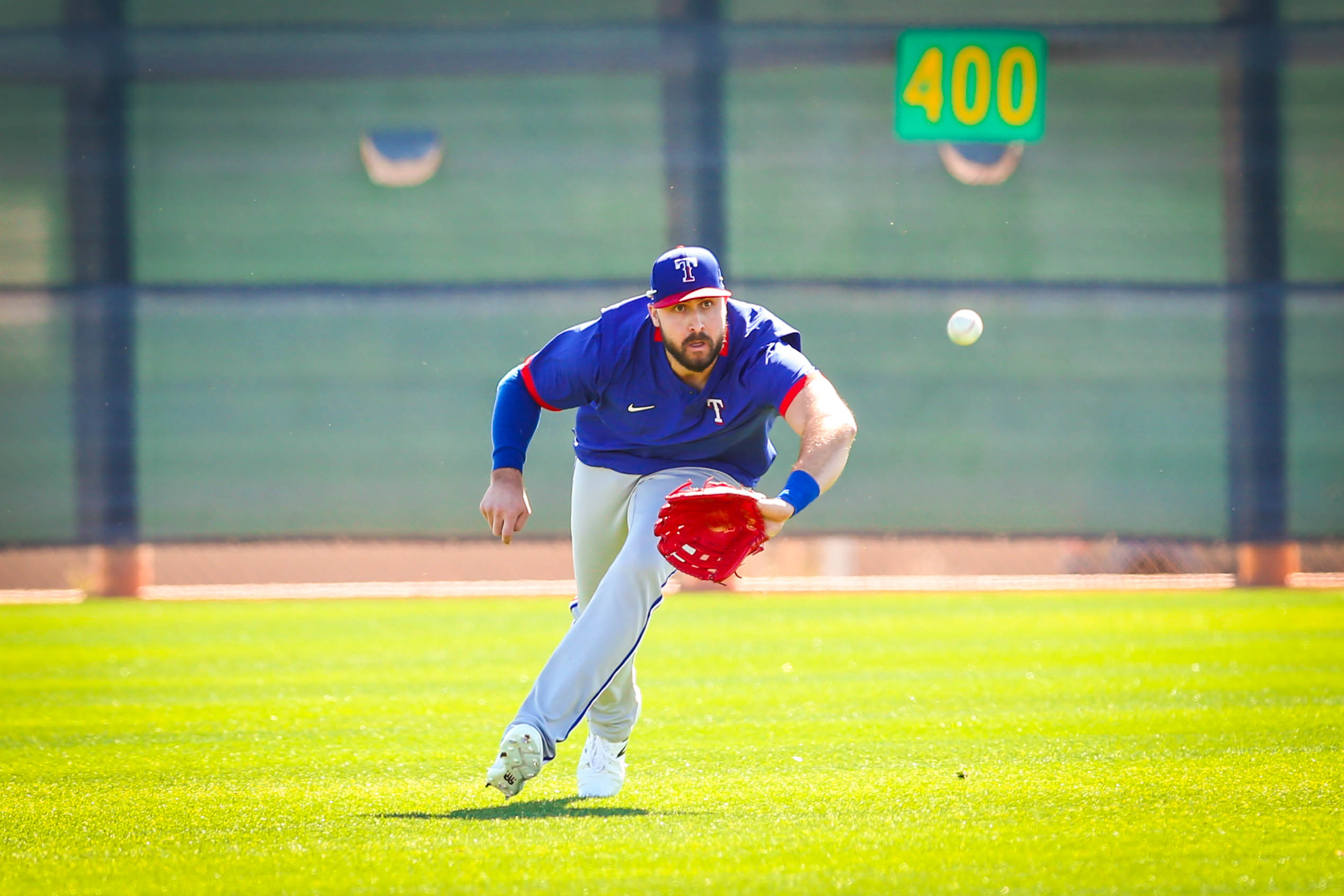 Listen, we all know that 2020 wasn’t the best year for Joey Gallo at the dish. He started strong. For the first nine games of 2020, Gallo was on a roll. Joey hit safely in seven of those nine games with an OPS of over 1.000. After those nine games, Gallo finished with a .156 average with seven homers and eighteen RBIs. So what happened? “I started to change my swing a little bit because I’m thinking, sixty games I want to get some hits,” Joey said. “You’re focused on the short term of I got to get a hit or two every game right now to catch up.” He mentioned needing to clean up his posture and revert to the 2019 early season success that got him an All-Star appearance.

Next up in my #2021PlayerBreakdowns Series is:

On the defensive side, the dude won a gold glove in right field, and he’s just getting started. “I was proud of the way I played out there, but I think I can be even better,” Joey said. Yeah, you heard that right. Gallo picked up three outfield assists in 2020, didn’t commit an error in roughly 456 innings at right field, and of course, earned the gold Rawlings patch on his glove. “He wants to rip your heart out when he’s playing right field,” Rangers manager Chris Woodward said. “There is no flaw, in my opinion.”

The improvements are subtle. It mainly comes from tiny techniques that Joey and Tony Beasley will work on. Other things Gallo will work on are controlling his breathing and not letting throw potentially sail the cutoff man or infielder. “He doesn’t have very many holes,” Woodward said. The only things that Chris Woodward mentioned were instances in the new ballpark like the mesh in right field that can create problems, but those are wait-and-see type scenarios.

Joey told me that the quarantine period and Spring Training helped him prepare and get accustomed to Globe Life Field. “It was more about the preparation that helped me out, so I’m proud of myself for that and realize it’s going to be tougher in a new place,” Joey said. Think of Joey in right as a sniper in Call of Duty, daring guys to ambush only to have their souls crushed.

The Rangers are still in the “To Be Determined” phase of Joey Gallo’s future, but with Leody Taveras and David Dahl mixed in, the Rangers have a decent outfield core. There may be a chance in the lineup Gallo moves up one slot to the third or even batting second to gain more at-bats. However, it appears right now that right field is Joey’s Jungle, and all hitters who slap a baseball to right must run at their own risk.

Gloves for 2021 are here!🔥
What do y’all think? pic.twitter.com/jsmKPy5u7R

The Rangers announced the potential pitching schedule for the first four games of Spring Training. Wes Benjamin appears to be the candidate to throw the first pitch by a Rangers pitcher in Spring Training against the Royals Sunday. “I think he absolutely deserves it. We love Wes and he’s been in this organization a while. It was an easy decision,” Woody said. Wes appeared in eight games with one start in 2020. Benjamin struck out 21 hitters in 22 innings last season. Here’s the breakdown of pitchers among the first four days (subject to change, all scheduled to pitch one inning, and this not the inning order). The yellow indicates who will start that game.