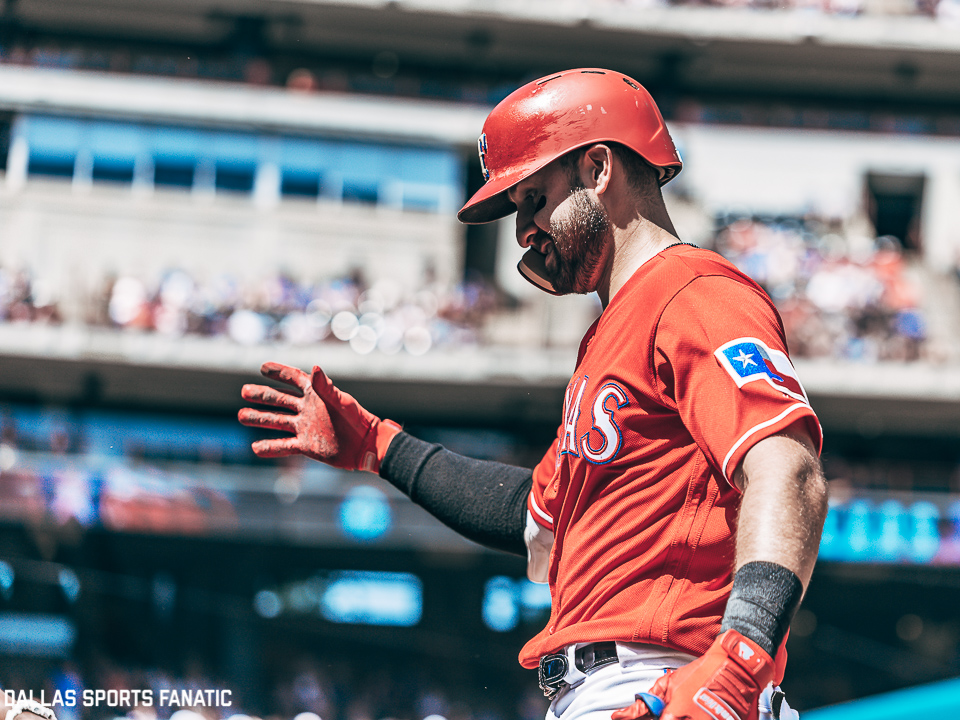 I’ve been foolish enough to be a half-season ticket holder for the Rangers over the past three seasons. That basically means I’ve willingly paid to have tickets to see a lot of bad baseball played. There have been few positives and even less moments or players that the average fan that walks into the ballpark has connected with over the last several years.

Joey Gallo was one of those rare things.

While he certainly divided people who talk baseball on the internet, Gallo absolutely connected with the fans young and old here in North Texas.

I have two kids and Joey Gallo was their first “favorite player.” My five-year-old son has spent plenty of nights this season at Globe Life Field shouting “I love you, Joey Gallo!” as Chuck Morgan announces his name over the stadium speakers. When I bought him a personalized jersey for his birthday this week, he wanted it to have the number 13 on the back. My daughter, who isn’t as drawn into actual baseball as my son, certainly connected with Gallo as her first sports crush. And while that might seem silly, those kind of things are important for a team trying to connect with different demographics!

When I was first becoming a Ranger fan back in 2002 as a nine-year-old, I was in awe of the greatness of Alex Rodriguez. He was gone less than two years later as the team also dealt him to the Yankees prior to the 2004 season. Luckily, the Rangers had a guy in Michael Young ready to more or less immediately take the reigns as a franchise player who was good for the team on and off the field.

Do the 2021 Rangers have that guy? I really don’t think they do on the current major league roster. Isiah Kiner-Falefa is obviously a very skilled defender and is about as nice as they come, but the bat just isn’t there to be a true “star” player. Right or wrong, Adolis Garcia’s last month or so has proven that his insane start to the season might have been a bit of fool’s gold. In the minor leagues, the Rangers have the likes of Josh Jung or Sam Huff ready to make a splash at the major league level within the next year. Their signing of this year’s number two overall pick Jack Leiter will certainly be electric in the relatively near future (late 2022?). Those are just possibilities though. Gallo’s star power and likability were confirmed and known to the fans that entered the ballpark each night.

The relationship he had with the fans mattered so much that he even had to speak about it in a goodbye message before he even knew for sure he was on the way out.

It was going to be hard to pin down just how much to give Gallo on any sort of contract extension that could’ve kept him in Arlington long-term.  As great as he can be on a nightly basis, Gallo can be quite streaky with his production. He was insanely hot going into the All-Star break with a historic stretch of 10 homers in 10 games. Then he was ice cold after the break before hitting a mammoth home run in his final game with the team on Tuesday night. How exactly do you negotiate a deal for a guy like that when his agent is Scott Boras and probably wanting a deal of at least 10 years in commitment? A lot of uncertainty.

Streaky-nature aside, Gallo was still the closest thing this team had to a homegrown superstar in a very long time. He was practically begging to stay with his comments in the media. It’s just a real shame that someone who the fans loved that much and a player who actually shared that same love back will not be on the team going forward.

We knew it was coming, but the news of Wednesday night’s trade still hit you right where it hurts.