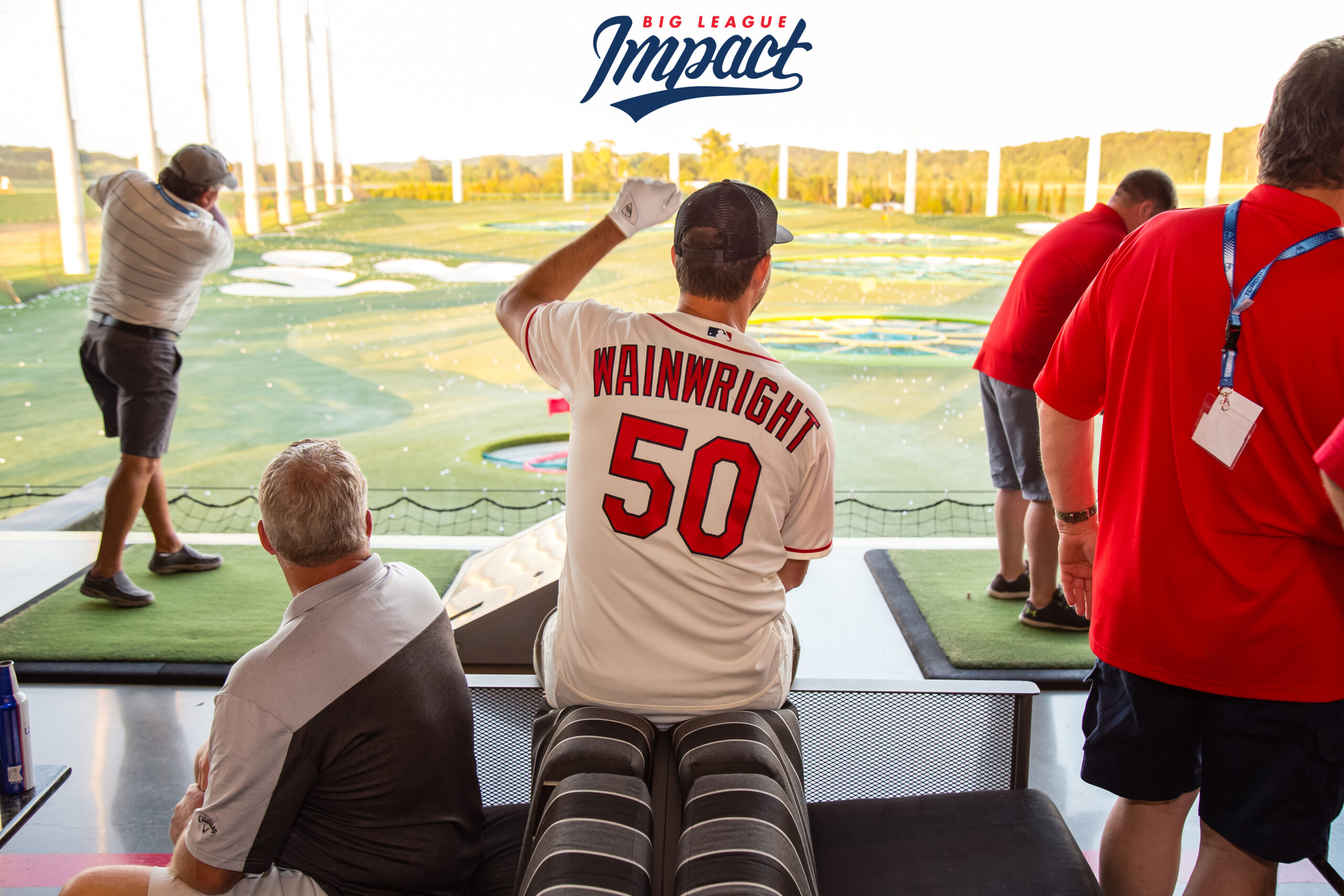 Big League Impact is a non-profit organization that reflects the beliefs of family, friends, and supporters that we are citizens of a global community who ought to care for one another. The organization began in 2013 by St. Louis Cardinals’ superstar pitcher, Adam Wainwright. Rangers’ pitcher, Kyle Gibson, is the vice president of the organization, and in September Rangers’ fans can enjoy Top Golf and give back at the same time with the Swing for Impact Campaign (#SwingforImpact).

Hey @Rangers fans, September is Charity Month @Topgolf & they have chosen to partner with @BigLeagueImpact & @NatUrbanLeague! Use the link below to reserve a bay at any of Topgolf’s 4 DFW locations this month, & $100 goes to charity! #SwingForImpact https://t.co/JWmvV9CAiS pic.twitter.com/rFdAsYXOzd

For September, if you book a bay at Topgolf in the Dallas Fort Worth area (Top Golf locations in Dallas, Allen, The Colony, and Fort Worth), Topgolf will donate $100 to local charities. The booked bay must be done on the Big League Impact website. If you’re a Rangers fan outside the Dallas area but are in the St. Louis and Phoenix areas, you’re in luck. The Chesterfield, MO location and the Scottsdale and Glendale, AZ locations are also participating in September.

“We’re excited to continue our partnership with Big League Impact and allow people to have a fun time out for these great causes,” said Tiffany Brush, Topgolf’s Director of Charitable Initiatives. “For those concerned about health and safety, Topgolf has enacted strict health and safety protocols. Charity Month is structured to minimize contact. Registered participants will choose their food and beverage package ahead of time. Groups will be limited to 12 people — with a max of six people per outdoor hitting bay, with bay dividers between each bay for additional safety and comfort.”

What's up @Topgolf fans! Reserve your bay this month at the Chesterfield Topgolf with this link, $100 goes towards our work with @BigLeagueImpact and @NatUrbanLeague. Win a Platinum Elite Membership and prizes from me and Tommy Edman! #SwingForImpact pic.twitter.com/8KwrLc5t26

Registered participants who publicly post their drives to Twitter or Instagram with the hashtags #SwingForImpact and #ad can win big. The person who publicly shares to social media the longest drive (with evidence of distance) in each eligible city will receive a one-month Platinum Elite Membership from Topgolf. All participants who publicly share content to Instagram or Twitter with the hashtags #SwingForImpact and #ad during September are also eligible to win exclusive prizes from MLB stars.

Remember, you must reserve your spot on either the Big League Impact site or go to the Big League Impact event page on Top Golf’s website. Join Rangers’ pitcher Kyle Gibson and Cardinals’ pitcher Adam Wainwright and swing for charity at Top Golf. Show Rangers nation how well you dominate at Topgolf. You can also go to the Texas AllWin page at Big League Impact and help support the #AllWin campaign. Gibson is pledging dollars and support for local non-profit, Food for the Soul for every Texas Rangers win. When we’re all in, we all win.

Hey @Rangers fans, here is some info about 2 things we are launching in partnership with @BigLeagueImpact. 1st is our #ALLWIN campaign benefitting @fftsoul & 2nd is Fantasy Football with Lance & I benefitting 4 different charities!https://t.co/Bfcguac12ohttps://t.co/SkEeTQdlCC pic.twitter.com/11Esgx0fZA 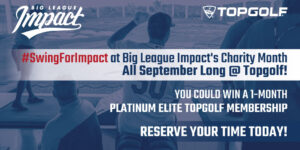