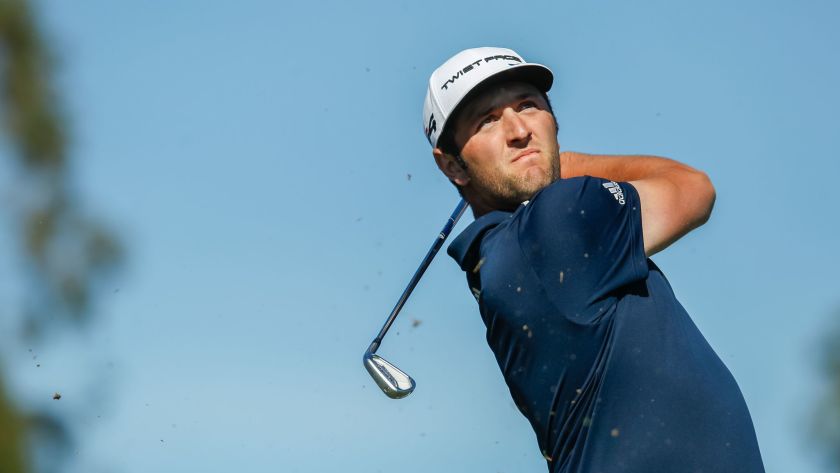 Jon Rahm jumps to number one after winning The Memorial

Jon Rahm jumps to number one after winning The Memorial

We left Ohio with a new number one player in the world.  After securing his fourth PGA Tour win this week, Jon Rahm surpassed Rory McIlroy to claim the throne.  And despite shooting a 75 on Sunday, Rahm took the Memorial title in convincing fashion – at one point he was up eight strokes before finishing three ahead of Colleyville resident, Ryan Palmer.  He becomes the second Spanish player ever to rise to number one in the world.  The other?  The late, great Seve Ballesteros.

Rahm wouldn’t be without a bit of controversy, though.  On the par-3, 16th hole, his ball moved before he hit it.  Ultimately turning what would have been an outstanding birdie into a two-stroke penalty.  Regardless, he would go on to win and the shot remains as impressive as ever.

UNBELIEVABLE!@JonRahmPGA holes out for birdie on 16.

So despite a new king of golf being crowned, what else happened?

It feels like very week we’re talking about this guy for better or worse.  This week it was most certainly for worse.  On Friday, after sending his tee shot into a hazard on the par-5 15th hole, he would still attempt to go for the street out of the rough – resulting in a hook shot that found itself out of bounds yet again.  Like a scene out of Tin Cup, he would attempt to go for the green yet again and send another 3-wood to the opposite fence line.

From here, he would spend another 25 minutes going full meathead hardo as he persisted to argue with a rules official, not believe his ruling and calling for a second opinion.  Finally, he would take a drop (after illegally improving his line), and ultimately make a glaring TEN on the hole.  He would ultimately miss the cut.

The rules official laughing at Bryson is life affirming. Pray for this cameraman. https://t.co/4uiedyMl3v

His attempt to overpower golf courses is fun to watch but when he goes into full rage mode it’s hard not to root for him to send every shot he takes out of bounds.

Between opting to putt from 78-yards and bringing his Yeti onto the green, Phil appears to be applying to play in your regular Saturday group.  Hard not to love this guy.

After the tournament was completely, the all-time major winner announced that he and his wife had tested positive for COVID back in March.  Both have recovered and are doing fine now.  This positive test motivated them to begin raising money to supply frontline workers with the proper protective equipment required to fight the virus.  Entering Sunday, they had raised $250,000 for the cause.  Props to the Golden Bear.

Muirfield played as hard as can be

The real winner this week were those who enjoy watching professional golfers struggle like the rest of us.  After the field went low on the same course last week, the conditions were much tough just a week later.  The field played a 75 average on Sunday and experienced weather ranging from dry heat to damp and windy.  Golf is hard.  It’s even harder in tough conditions.

Who hurt Murfield Village’s superindent enough for him to set the pins like this? Brutal. pic.twitter.com/Xe5xny0c48

It’s a light field next week for the 3M Open but we’ll have Dustin, Brooks and Fleetwood in the mix so something interesting is bound to happen.

We’ll see you then!