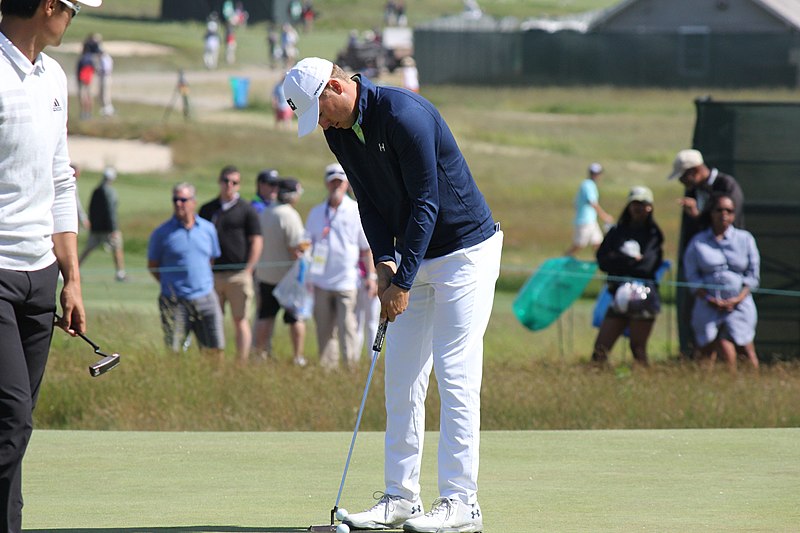 Jordan Spieth wins in San Antonio for first victory since 2017

Jordan Spieth wins in San Antonio for first victory since 2017

Jordan Spieth’s three-year winning drought after reaching the pinnacle of the game was of great wonder and question from the golfing world.  However, Spieth faithful can exhale as he finds himself in the winner’s circle for the 12th time in his career with his win at the Valero Texas Open.

Despite that streak, this win didn’t come out of nowhere.  He came into the tournament as the favorite.  He had almost climbed the mountain three times this season with close finishes at TPC Scottsdale, Pebble and Bay Hill.  Spieth’s momentum has been building since the beginning of the year, but the wonderful thing about this game is how unpredictable it  is.  Nothing is predetermined.

Spieth began the day slow off the tee by missing his first three fairways, however, he would successfully lean on his approach game and his putter – weapons that have served him well in the past – to put him in scoring positions early.  He would capitalize on most of these and make the turn at 33.

Spieth’s Sunday three ball included Matt Wallace and last year’s runner up Charley Hoffman.  Wallace had a nice two-under round but that would not do the job on a day with two 66’s in his group.  He quickly became the odd man out.

On the other hand, Hoffman came to play.  The San Diego native brought his A game.  He also made the turn at 33, but it was the back nine where he really applied his pressure.  He chipped in for birdie on 13, traded birdies with Spieth on 14 and cut the lead to one with another birdie on the tricky par-3 16th.  Despite spraying his drive into the bunker on 17 he had a look at birdie.  He would not convert and the door was once again wide open for Spieth to take back his two shot lead heading into 18.  Which he did.  Hoffman played an incredible round but it was going to take a few more birdies to take down Spieth on this day.

A less than ideal layup had people nervous for around 3 total seconds.  He chipped out of the left rough and completed his victory with a two putt par.

With this victory, Spieth is sure to dominate headlines heading into golf’s most important week.  With Augusta National looming, Spieth’s confidence is sure to return.  Will he be able to carry this momentum into a place where he’s been wildly successful in the past?  One can only help.

Sunday at TPC San Antonio was a day to cherish for golf fans.  Golf is perhaps the most mentally challenging game out there.  A loss in confidence can lead to self-doubt and who knows where the road will lead once those demons creep in.  For many, they never find the road back.  On this Sunday, one of golf’s greats did.  We should relish the moment.

“There’s also moments I look back on where I hit balls till my hands bled and I wasn’t doing the right thing and I just went home [and] thought about it; sleeping, lost sleep,” Spieth said. “This sport can take you a lot of different directions. So I think it’s just most important to embrace when I have moments like this and just really appreciate them and keep my head down, keep the process that I’m doing.”

See you all at Augusta National.